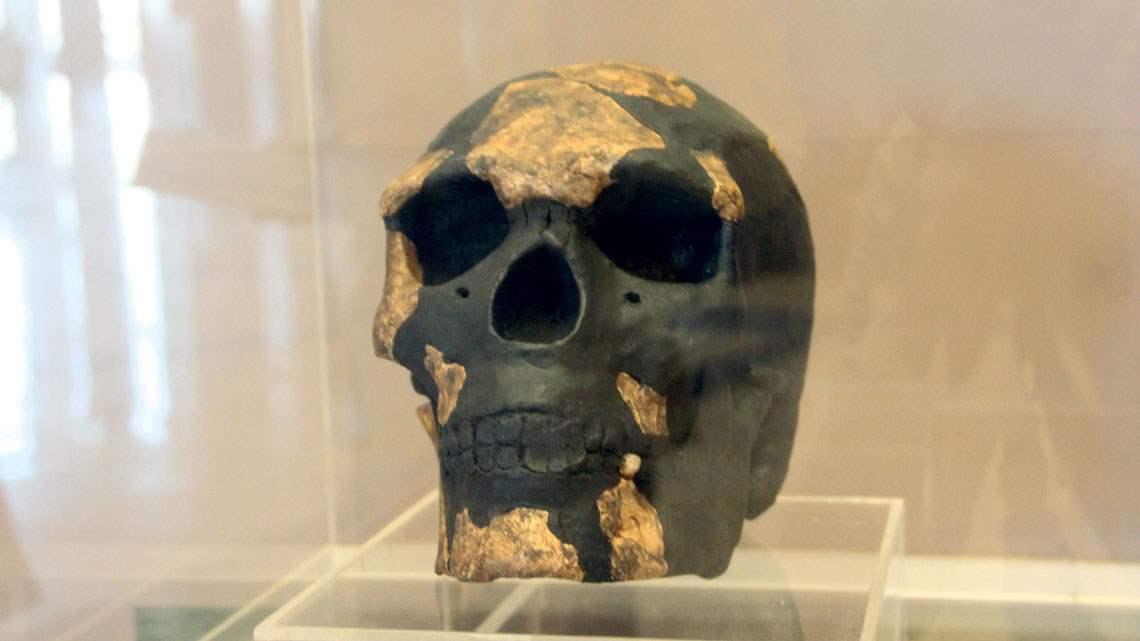 The oldest fossils of modern humans (Homo sapiens) ever found are at least 233,000 years old. Known as Omo I, these petrified remains—part of the skull (reconstruction, left), spinal vertebrae, and bones from the arms and legs—were found in Ethiopia, East Africa, in 1967. Their age was initially calculated at 130,000 years and then at 197,000, but uncertainties remained. Studies have tried, without success, to directly date the volcanic ash deposited in the rocks in which the fossils were found. Taking an indirect approach, a group led by Céline Vidal, a volcanologist from the University of Cambridge, UK, performed a chemical analysis of rocks from major volcanic eruptions that occurred in the region and concluded that the ash deposited on the Omo I fossils was produced at least 233,000 years ago, by a volcano 400 kilometers away (Nature, January 12).