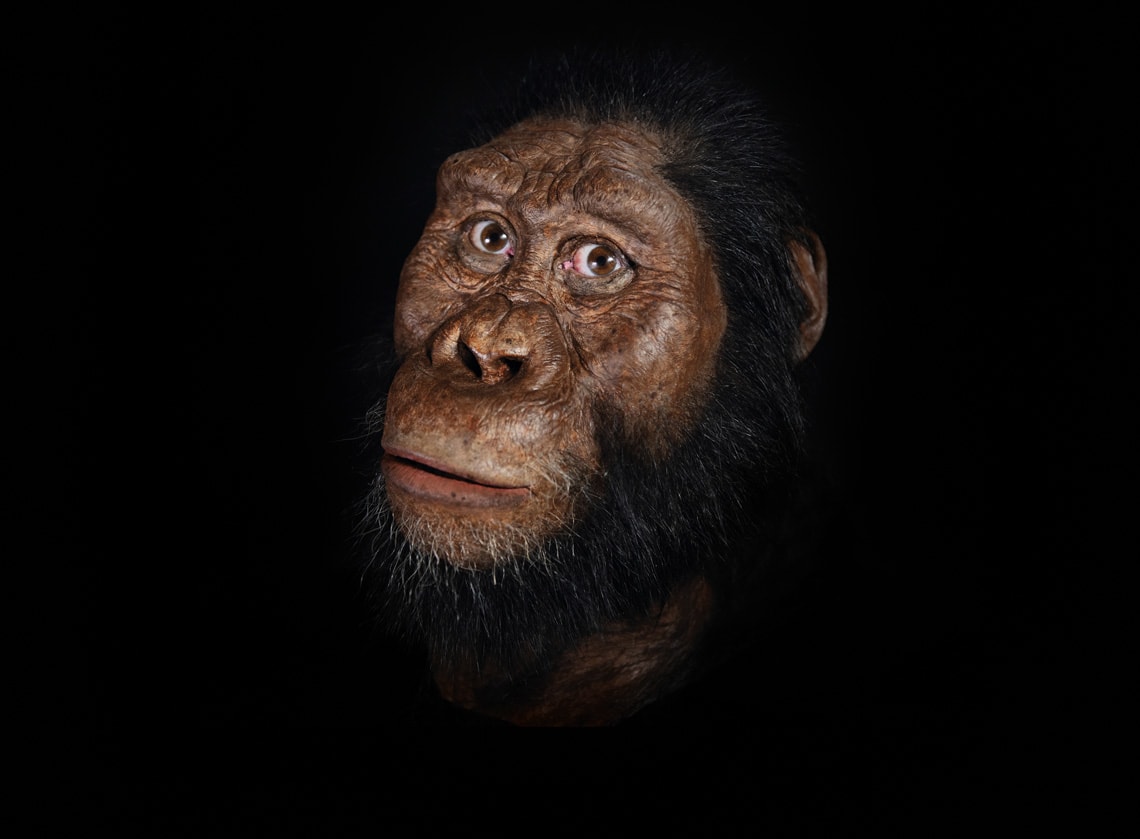 Facial reconstruction of Australopithecus anamensis, based on a fossil found in Ethiopia

A nearly complete hominid skull dated at 3.8 million years old and attributed to the species Australopithecus anamensis has led to new conclusions about the origins of the genus (Nature, August 28). Analysis of the adult skull, discovered in Ethiopia, suggests that the A. anamensis and A. afarensis lines may have coexisted for at least 100,000 years. If this hypothesis is correct, instead of the former species preceding the latter, which is represented by the famous fossil known as Lucy, the two may have been a single evolutionary lineage. This is the opinion of the study’s lead author, Yohannes Haile-Selassie of the Cleveland Museum of Natural History. The primitive cranial morphology of the new fossil is similar to older hominids such as Sahelanthropus and Ardipithecus. In another article in the same issue of Nature, Haile-Selassie’s group suggests that A. anamensis lived in predominantly dry shrubland areas. The species was previously known based on sections of the upper and lower jaw, isolated teeth, parts of the skull, and other fossilized bones estimated at 4.2 to 3.9 million years old found in Kenya and Ethiopia—more recent evidence has also been found, dated 3.5 to 2 million years old. The newly discovered skull reveals the complete face of A. anamensis for the first time. “This skull looks set to become another celebrated icon of human evolution,” said Fred Spoor of the Natural History Museum in London, UK, in a comment in Nature. 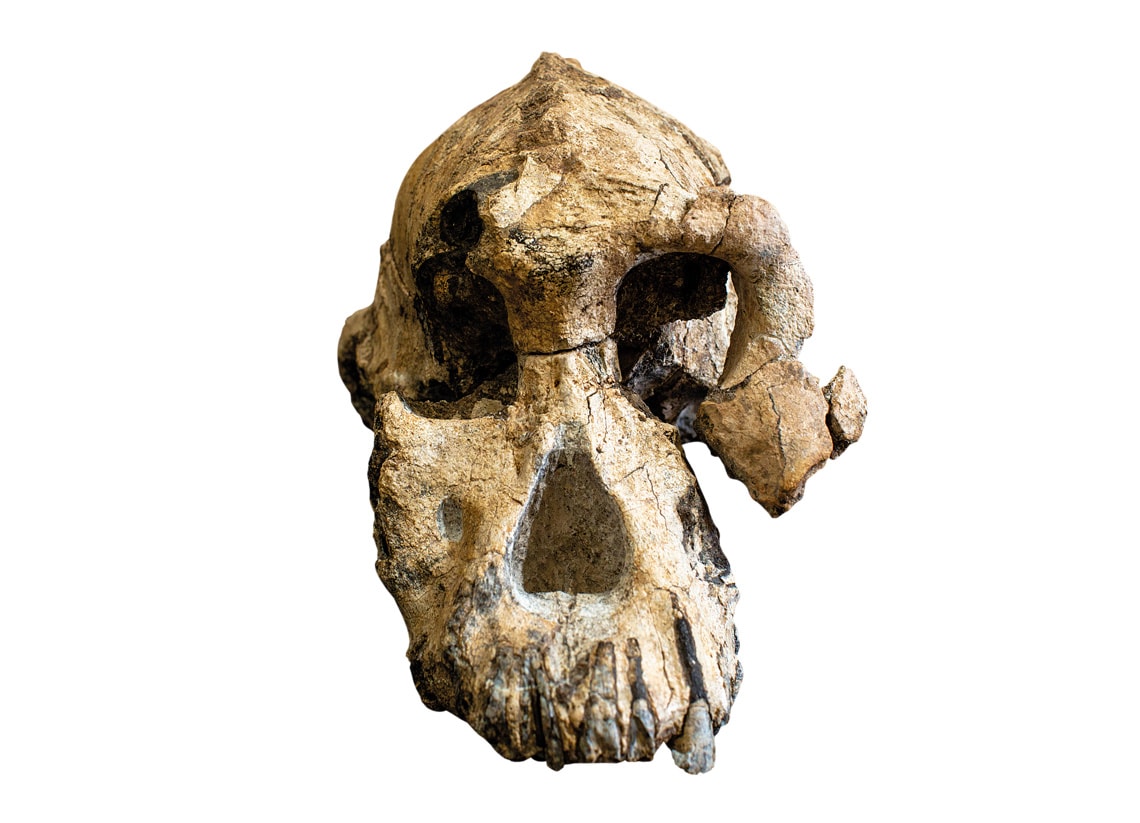