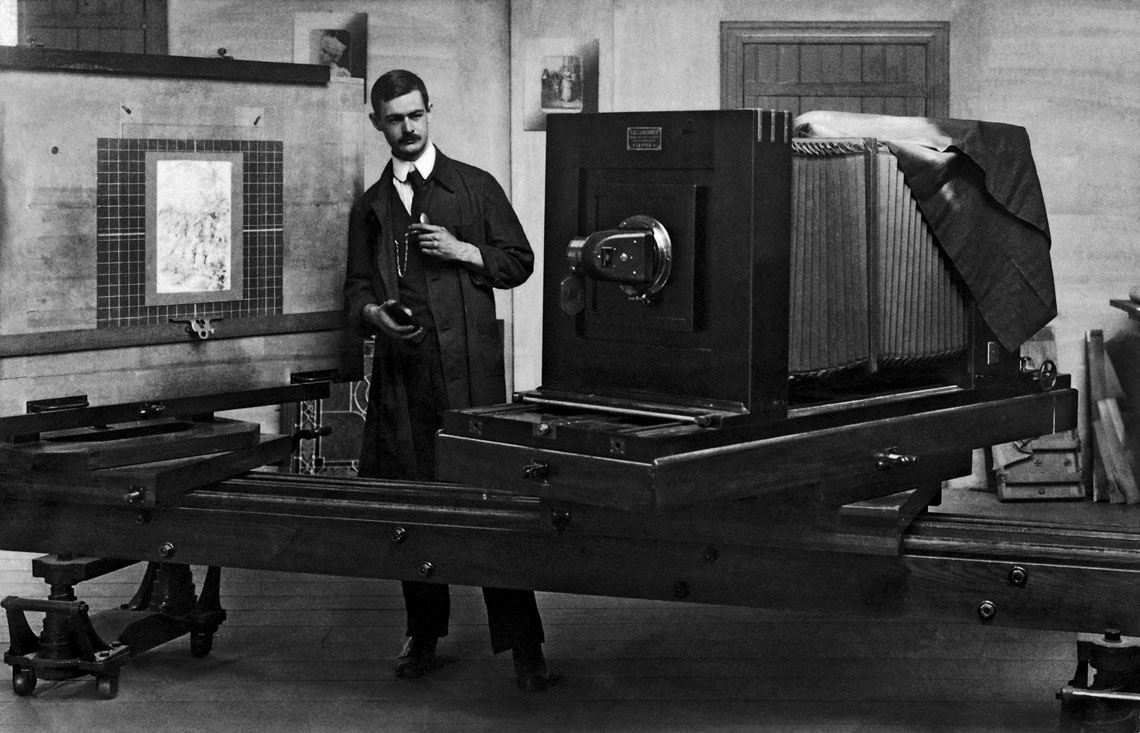 A century ago, chemist and photographer Ubaldo Conrado Augusto Wessel (1891–1993), born in Argentina and living in Brazil, patented a new formula in the country for bathing photographic paper. He began his research in 1908 and refined it in laboratories in Vienna, Austria, and the São Paulo Polytechnic School, which would late become part of the University of São Paulo (USP). His formula allowed the silver salt emulsion to better adhere to the base of the paper. After patenting the innovation in 1921, Wessel (below, with camera) started selling the paper to photographers. Not long after, he founded Fábrica Privilegiada de Papéis Photograficos Wessel in São Paulo, considered Brazil’s first photographic paper factory. His product attracted the attention of international companies, including Kodak, with which Wessel signed a patent transfer agreement. The American company built a more modern factory called Kodak-Wessel in Santo Amaro, which Wessel managed. The agreement lasted until 1954, when the patent was permanently transferred to Kodak. Wessel used his newfound riches to buy properties in São Paulo that are now part of the art, science, and culture foundation named after him.