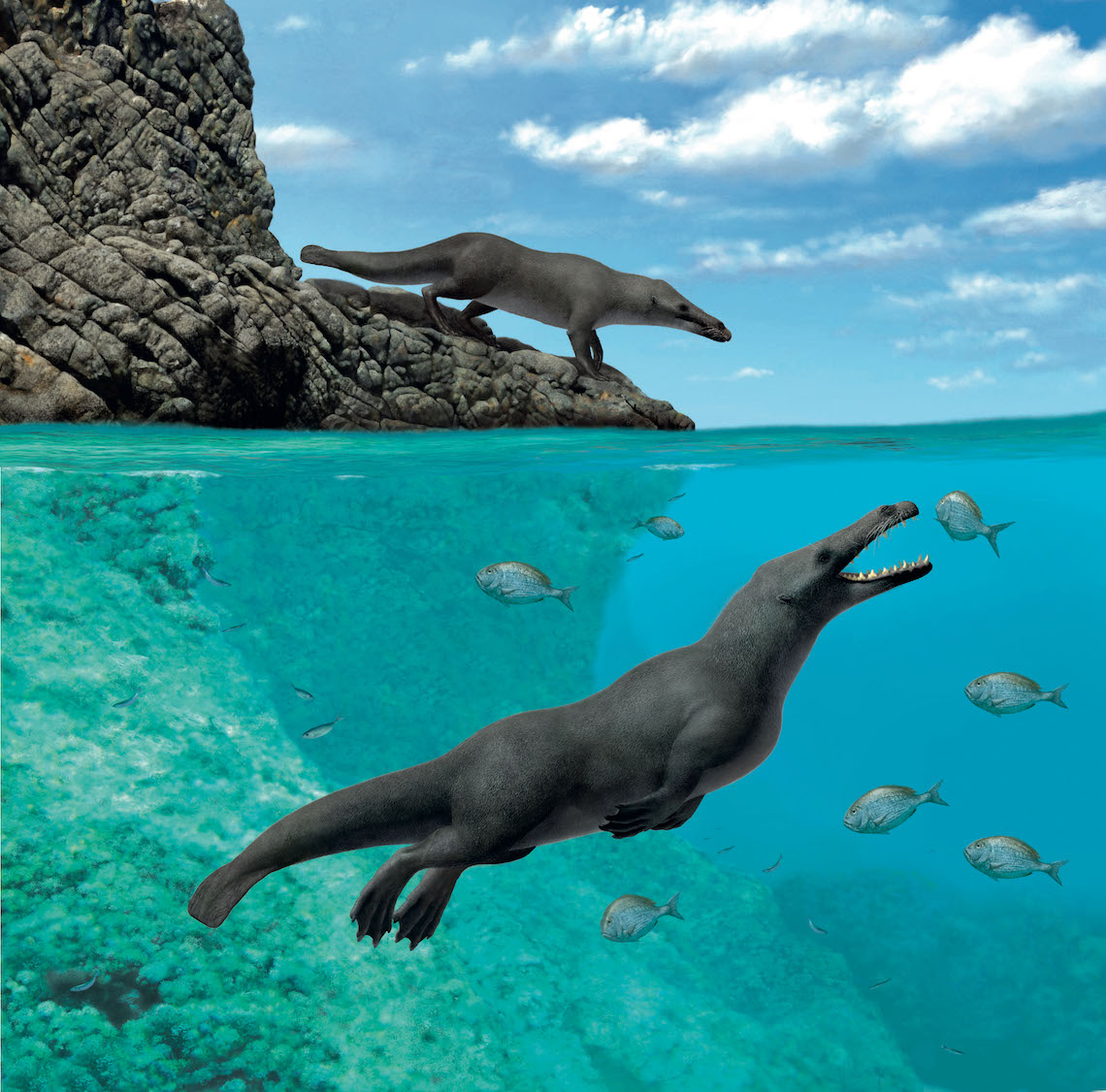 At Meia Lua Beach in southern Peru, just 200 meters from the site where the 36-million-year-old fossils of Mystacodon selenensis, the oldest relative of modern whales, were found two years ago, Belgian, Peruvian, Italian, and French researchers have dug up the bones of a 4-meter-long amphibian whale with four legs and a tail (Current Biology, April). Named Peregocetus pacificus, which means “the traveling whale that reached the Pacific,” it is the first amphibious whale species to have been found on the Pacific coast and the first in the Southern Hemisphere. It lived around 42 million years ago and represents a phase of evolution when whales had not yet fully adapted to marine life. According to the researchers, led by Olivier Lambert of the Royal Belgian Institute of Natural Sciences, Peregocetus whales probably only left the sea to give birth or to rest. Its limbs were well adapted to swimming and were not suited to moving across land. Quadruped cetaceans evolved from terrestrial mammals in Southeast Asia more than 50 million years ago.