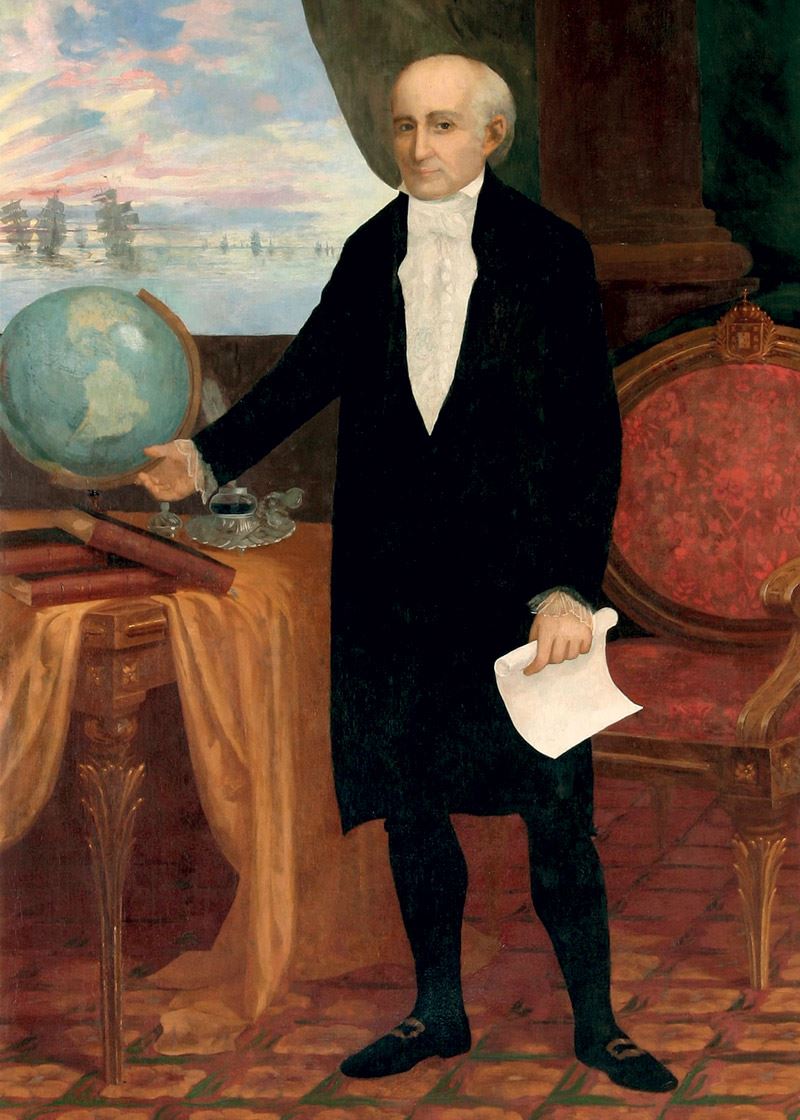 During the afternoon of May 14, 2021, while presenting his doctoral research at King’s College London, in England, Brazilian researcher Guilherme Celestino revealed a little-known dimension to the career of the jurist, public administrator, economist, and senator from Bahia, José da Silva Lisboa, Viscount of Cairu (1756–1835): the viscount was also a journalist. In 1821, at the age of 64, he began to write pamphlets on the Independence of Brazil, an issue being hotly debated at the time. “Silva Lisboa is a complex intellectual, who cannot be treated in a reductionist way or framed by extreme positions,” observes Celestino, also a journalist, whose thesis is to be published as a book (in English) later this year.

In 1821 and 1822, while a high official of the Portuguese Royal Court and an advisor to Dom João VI (1767–1826) on Brazilian economic policy, Silva Lisboa published 13 pamphlets, almost all anonymously. Among them, “Conciliator of the United Kingdom of Portugal,” with seven printings, in which he defended the union between Brazil and Portugal; his “Dialogue between philosopher and pastor,” a single edition, in which a man tells a peasant about the improvements in life at the Court; “Notes on the circular dispatch of the Congress of Laibach,” with three printings, criticizing the governments of Austria, Prussia, and Russia, which wanted to stifle revolutionary movements; “An alarm from Brazil,” also a single issue, which took a stronger tone against the Court and in favor of Independence; and “Complaints from Brazil,” with 15 printings, defending the continued residence of Dom Pedro I in Brazil and criticizing the liberals, who wanted independence.

Celestino, currently a visiting researcher at the University of Lisbon, explains the apparent contradictions by saying that the Bahian jurist defended Brazil’s administrative independence from Portugal and the move to capitalize on the agencies already created in Rio de Janeiro, which mirrored those of Lisbon. He also approved of the sovereignty conferred on Brazil in 1815 when elevated into the United Kingdom of Portugal and Algarves. But he was against political independence, which, in his view, would not be advantageous, as the country was not yet ready to stand on its own two feet. 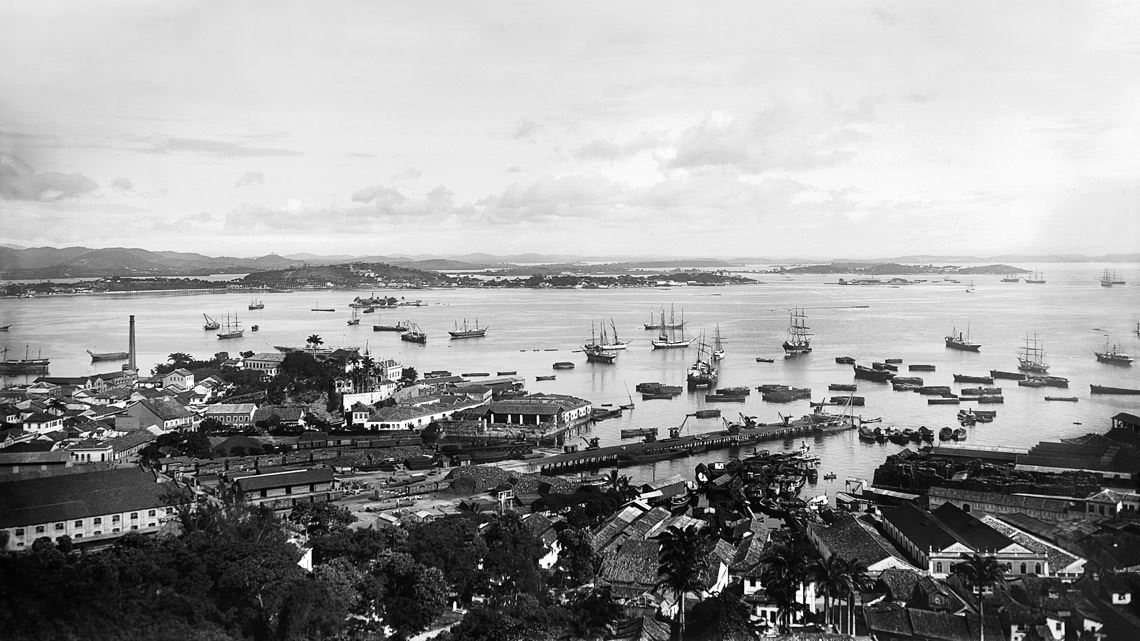 “Silva Lisboa, like his contemporaries, saw Brazilians and Portuguese as part of the same people,” says Celestino. In an article published in May 2021 in the Bulletin of Latin American Research, he argued, “Although Silva Lisboa had always taken a position against the rupture, until it became inevitable, he criticized the decisions made by the Cortes (constituent courts) against Brazil beginning in late 1821. He used threatening arguments against the Portuguese administration, but he always avoided attacking the monarchy.” Celestino is referring to the Constituent Courts of 1820, an assembly instituted—after the liberal revolution in Porto—to draft a new constitution for Portugal. It limited the powers of the monarchy and revoked a series of decisions favorable to Brazil that had been established during the 13 years that Dom João VI lived in the country.

Silva Lisboa, or simply “Cairu,” as he is often called, had begun to gain visibility in the early nineteenth century in Salvador, where he was born. After graduating in law at the University of Coimbra, he returned to Brazil in 1779 and was a professor of philosophy and Greek for 20 years. He later became an employee of an agency in charge of agriculture and commerce regulation in the capital of Bahia. Based on his readings—initially from economist Adam Smith (1723–1790) and later from philosophers David Hume (1711–1776), Jeremy Bentham (1748–1832), and Edmund Burke (1729–1797)—he became excited about economic liberalism. “He embraced it so unreservedly that he became the best-known Brazilian propagandist for liberalism in the nineteenth century,” comments University of São Paulo (USP) historian Antonio Penalves Rocha, in the introduction to the book Viscount of Cairu (Editora 34, 2001). Silva Lisboa preached free trade in two books, both printed in Lisbon: Princípios de economia mercantil (Principles of mercantile economy) (1801) and Princípios de economia política (Principles of political economy) (1804), the first book in Portuguese to cover classical political economy, which, by definition, deals with the formation, distribution, and consumption of wealth. 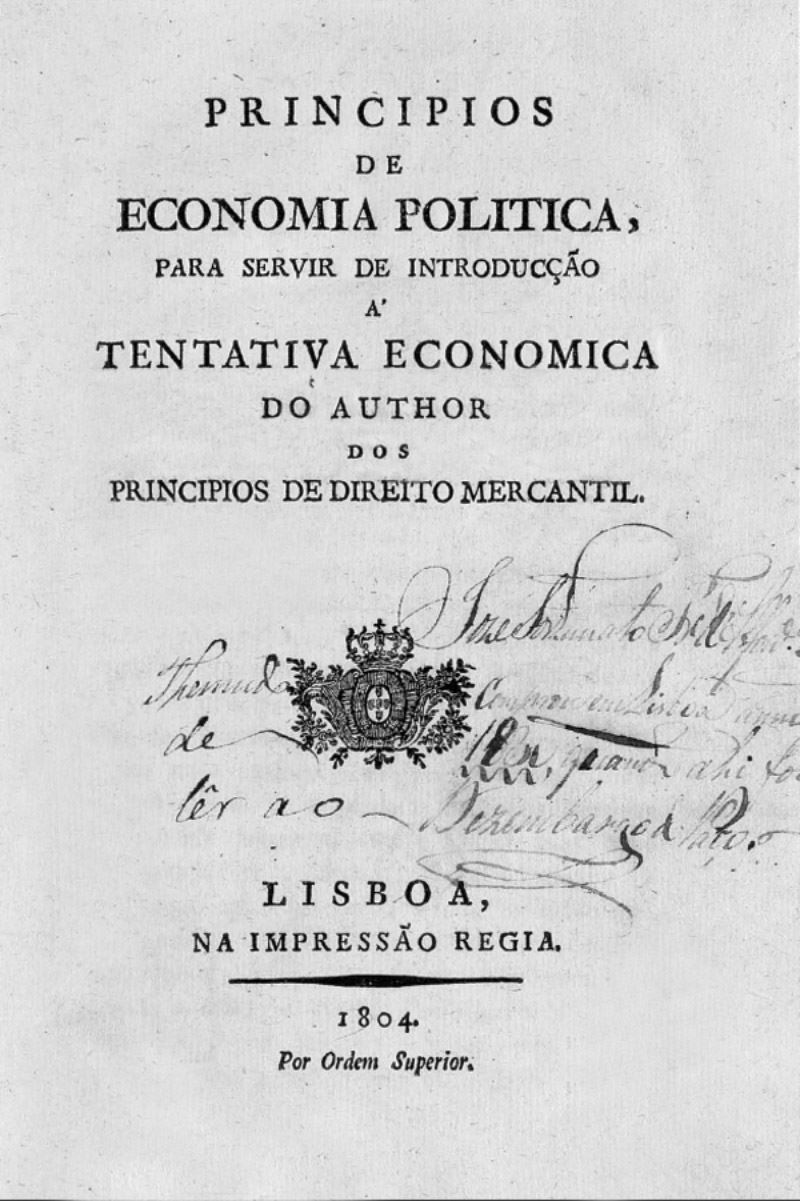 Digital Library of the Chamber of Deputies

The cover of Princípios de economia política, the first book in Portuguese on this subjectDigital Library of the Chamber of Deputies

His idea that establishing free trade was vital for the Portuguese empire was in sync with the plans of Dom João VI, who lived under British protection, on which he depended to ensure the continuity of the Brigantine dynasty in Portugal, then occupied by the French. At the invitation of the monarch, whom he met in 1808 in Salvador, during the first stop of the squadron that was conducting the Royal Court to Brazil, he moved to Rio de Janeiro and assumed the position of member of the Royal Board of Commerce, Agriculture, Factories, and Navigation. “In Rio, he left behind his days as a theorist, became an administrator, and felt the pains of the colony being reborn as a national state,” comments historian José Jobson de Andrade Arruda, from the University of São Paulo (USP), who wrote about Cairu in his book Historiografia: Teoria e prática (Historiography: Theory and practice) (Alameda, 2014).

In 1808, the Royal Press—where Silva Lisboa was the censor, approving or vetoing the publication of works sent to it—published his book Observações sobre o Comércio Franco no Brasil (Observations on open trade in Brazil). In it he legitimized the decree opening Brazil’s ports to trade with friendly nations, which in practice meant only England, since other countries were under the rule of the French Emperor Napoleon Bonaparte (1769–1821). “Silva Lisboa positioned himself as an intermediary between the government and Portuguese merchants in Brazil, who did not look favorably on free trade, as it meant the loss of monopolies and privileges characteristic of the colonial system,” comments historian Carlos de Faria Junior, from the Federal University of Juiz de Fora (UFJF), Governador Valadares campus. “He defended free trade as a necessary and fundamental economic practice for the benefit of all, in a discourse that praises England and uses the theories of Adam Smith and the popular ideas of the time, such as progress and a civilized world.”

Because he defended free trade, Silva Lisboa was accused of defending the interests of English merchants instead of fighting for Luso-Brazilian businessmen. “His connections with power cost José da Silva Lisboa dearly,” concludes Rocha in his book. He was attacked by opponents who defended the country’s autonomy and industrialization, such as José Bonifácio de Andrada e Silva (1763–1838), Cipriano Barata (1762–1838) and João Severiano Maciel da Costa (1769–1833). During the popular revolts of 1831 that preceded the abdication of Dom Pedro I, his house was stoned and his life threatened.

One difference with classical liberals: Cairu defended the idea of a strong state acting as a driver of economic progress

Like Smith, Silva Lisboa was against monopolies, but for different reasons. “Smith saw monopolies as obstacles to the expansion of British industry, while Cairu viewed them as harmful to the economic development of the Brazilian colony,” comments Arruda. There was a blatant contradiction: “In theoretical terms, he defended freedom of commerce, but in practice he relativized the general precept and took steps to protect it,” the historian says. Over time, however, after coming to understand the Brazilian socioeconomic reality, Cairu developed his own economic thinking, seeking to reconcile the commitments made with England with the needs of a colony on the verge of becoming a sovereign entity in the United Kingdom of Portugal.

Much as Adam Smith did for England, the American lawyer and economist Alexander Hamilton (1755–1804) advocated a policy of industrialization in the United States, which had declared independence from the United Kingdom in 1776. Arruda argues that, unlike Cairu’s economic thinking, “Hamilton’s industrialist program was ahead of its time and lacked the social and political foundations necessary for its implementation. It gained acceptance only 50 years later, in 1861, within the context of the Civil War [1861–1865], which determined the United States’ destiny of industrialism.” 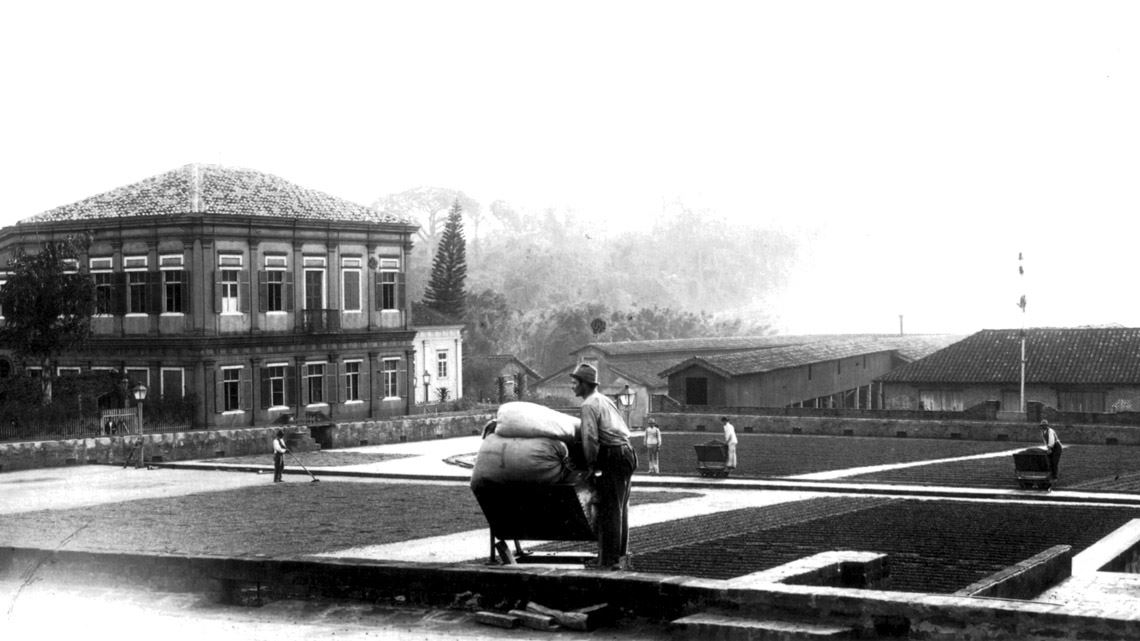 In Observações sobre a franqueza da indústria e estabelecimento de fábricas no Brasil (Observations on the openness of industry and the establishment of factories in Brazil), from 1810, Cairu recognized that the country’s wealth lay in agriculture and was opposed to “fictitious industries,” as he put it, that had no capital of their own and needed support from the state. He argued that only “goods which are very voluminous and not of sufficient price to bear the costs of freight can be made in Brazil and sold at the best market.” During his administration, the Royal Board of Commerce approved the production of widely consumed items, such as agricultural tools and rough, low-cost fabrics. “He was not against industrialization,” Arruda points out.

Cairu was also a moderate abolitionist, another of his contradictions. “He refrained from touching on this subject. He may even have been against it, but he didn’t want to oppose the established order in Brazil, which was based on a slave economy. Although liberal modernity abhorred slavery, he was a magistrate in a country that embraced the practice,” says Faria Junior. Celestino adds, “Cairu was afraid of a slave revolution in Brazil, as had happened in Haiti in 1791.” 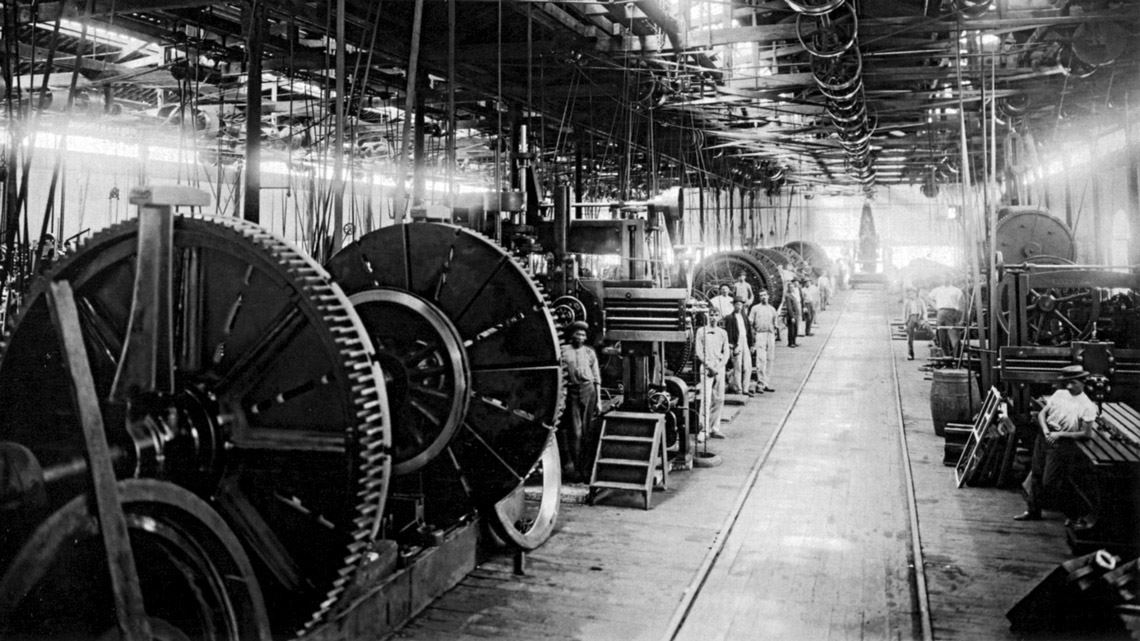 Another difference he had with classical liberal economists is the defense of a strong state, which he held was a driver of economic progress. For Faria Junior, the numerous contradictions make the nicknames “the father of Brazilian liberalism” and “the father of economic policy in Brazil” attributed to Silva Lisboa rather shaky. In the preface to an edition of Observações published by the senate in 1999, Arruda and Fernando Antonio Novais, also from USP, consider Cairu’s reputation as “the first Brazilian economist, in the sense of introducing us to political economy, and therefore, the founding father of our economic science,” to be “absolutely merited.”

“When I started writing my doctoral thesis, I noticed that what had been written about Cairu was rarely free from personal judgment,” comments Faria Junior, whose research, defended in 2008 under Arruda’s supervision, has been adapted for publication later this year. “The descriptions sometimes exalted him, sometimes tore him down, devaluing his efforts to evolve an economic philosophy of his own and contribute to the country’s development.”