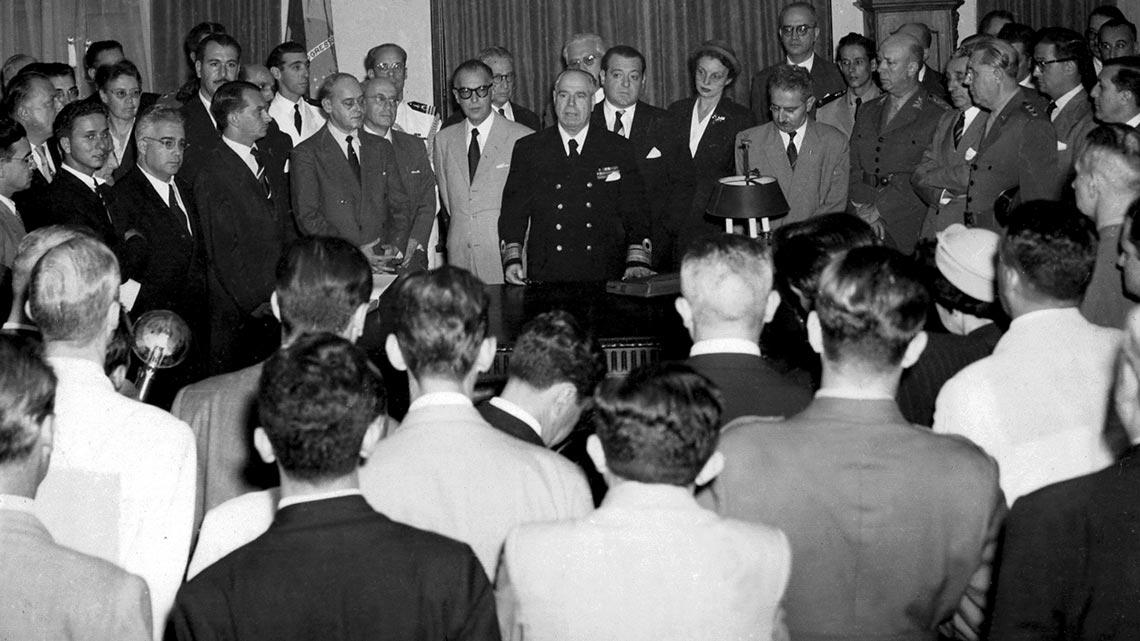 The first Steering Board session at the National Research Council (CNPq), as it was initially called, on April 17, 1951

Two federal institutions, founded six months apart in 1951, laid the groundwork for the science funding system in Brazil as it exists today. The first was the National Research Council (CNPq), now known as the Brazilian National Council for Scientific and Technological Development, created under a federal law promulgated on January 15. CNPq was the result from an advocacy effort spearheaded by Admiral Álvaro Alberto da Mota e Silva (1889–1976), who became its first chairman. A Brazilian Navy engineer, Mota e Silva represented Brazil at the United Nations Atomic Energy Commission and was regarded as a spokesperson for the country’s nascent scientific community. Soon after, on July 11, the then Ministry of Education & Culture (MEC) launched a program that would later be renamed the Brazilian Federal Agency for Support and Evaluation of Graduate Education (CAPES). Heading the initiative was Anísio Teixeira (1900–1971), one of Brazil’s leading education experts and intellectuals (see Pesquisa FAPESP issue nº 303).

CAPES and CNPq were both created against roughly the same backdrop. Soon after World War II, science and technology became a priority on many countries’ agendas. In Brazil, this led to an effort to organize research activities through institutions such as the Brazilian Society for the Advancement of Science (SBPC), launched in 1948, and the Brazilian Center for Physics Research (CBPF), in 1949. “The inspiration to found CNPq came from an admiral who had experienced the World War and realized it had been won not by men with rifles, but by the advancement of science. Victory had been enabled by the development of cryptography to decipher coded messages, antibiotics to save soldiers’ lives, and propellants to fuel rockets,” says Glaucius Oliva, a senior physics professor at the University of São Paulo (USP), who served as chairman of CNPq from 2011 to 2015. CAPES emerged out of the same context. “The rapid economic recovery in postwar Europe, supported by a massive aid package known as the Marshall Plan, had had a profound impact on economic and education theory at the time. Building a skilled workforce had gained a central role in development strategies,” explains political scientist Abílio Baeta Neves, who served as chair of CAPES for 11 years. “Anísio Teixeira was able to mobilize the country around a broad campaign to improve qualifications, especially among faculty, seizing the opportunity created by the development-oriented administrations of presidents Getúlio Vargas and Juscelino Kubitschek.”

Neither of the two agencies bears much resemblance today to their configuration 70 years ago. CAPES, which in its first year of activities awarded a paltry 54 grants, some of them for university training abroad, today has a total of 160,000 master’s, doctoral, and post-doctoral fellows and basic-education grant holders, and manages one of the largest graduate program evaluation systems in the world—in its most recent assessment, reported in 2017, CAPES evaluated a total of 4,175 programs (see Pesquisa FAPESP issue nº 260). Last year alone, Brazil trained approximately 50,000 master’s students and 25,000 PhDs. CNPq, now under the auspices of the Brazilian Ministry of Science, Technology, and Innovation (MCTI), has become the Federal Government’s mainstay science funding agency, sponsoring a total of 80,000 fellowships across all fields. Although in recent years it has had to curtail its funding activities due to budget constraints, in previous years CNPq has launched several major science initiatives, among them the creation of over one hundred National Institutes for Science and Technology (INCTs)—networks of scientists working in strategic or frontier fields of knowledge—in partnership with state research funding agencies. “Many of the world-class, internationally recognized research groups we have today were formed through CNPq initiatives over the last two decades,” says current chairman Evaldo Vilela. 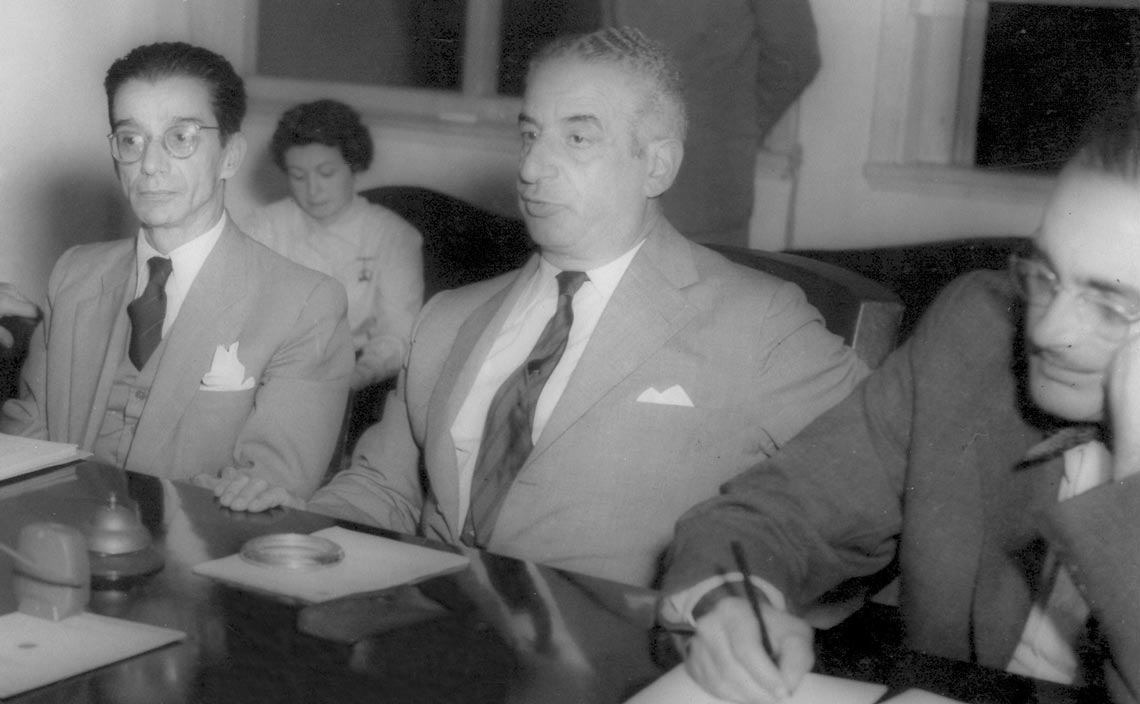 Anísio Teixeira (left), then chairman of CAPES, during a visit to CNPq in 1955Centro de Memória / CNPq

Biochemist Jorge Guimarães, chairman at CAPES from 2004 to 2015, draws attention to a particularly important role the two agencies have played since their foundation. “Brazil was a latecomer in higher education, and even more so in research. When CAPES and CNPq were created, Brazil had only five universities. The two agencies were instrumental in helping Brazil to catch up,” says Guimarães, who currently serves as chairman of the Brazilian Agency for Industrial Research and Innovation (EMBRAPII).

Both agencies expanded their influence in the 1960s, when Brazil, then under a military dictatorship, moved to create a national graduate education system and institutionalize research within universities.

The National Fund for Scientific and Technological Development (FNDCT), created in the early 1970s, became the Federal Government’s flagship science-funding program, investing heavily in university research and the development of graduate programs. CAPES fellowships and CNPq-funded research projects became part of a sophisticated funding system under the auspices of a new agency, the Brazilian Funding Authority for Studies and Projects (FINEP), which was charged with managing FNDCT funds with support from the Brazilian Economic Development Bank (BNDE, now BNDES). The creation of FAPESP, in 1962, marked the start of state-government participation in funding fellowships and research grants. 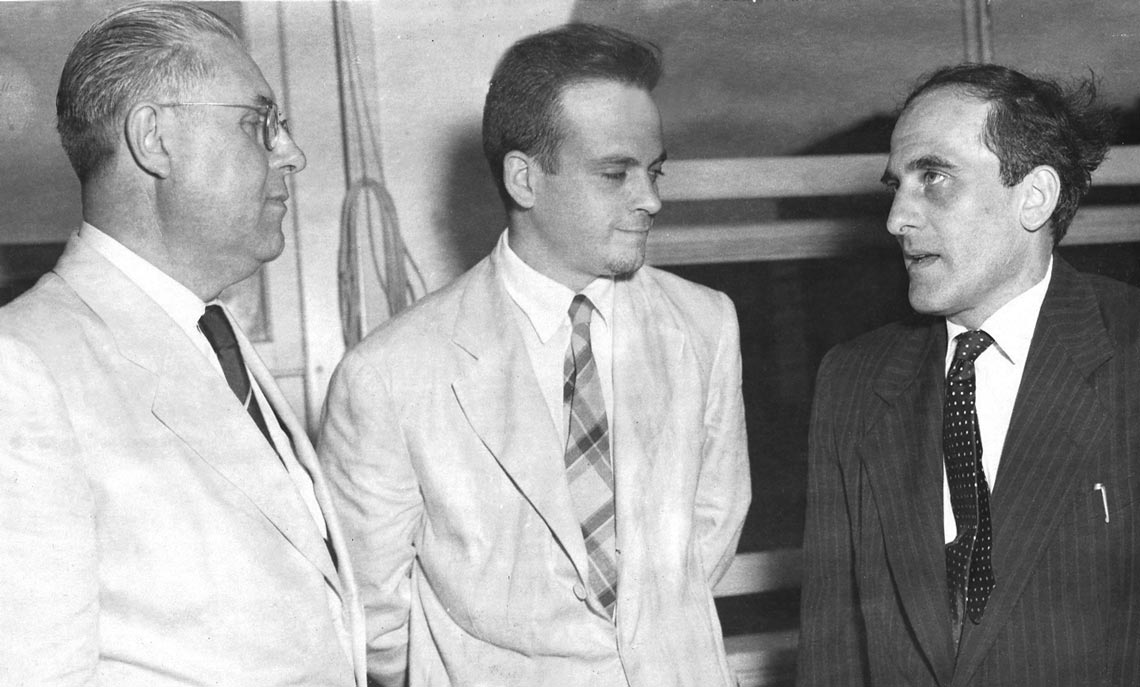 From left to right, the then deputy chairman of CNPq, Armando Dubois Ferreira, with physicists Cesar Lattes and Giuseppe Occhialini, who co-discovered pionsCentro de Memória / CNPq

CAPES was transformed into a graduate program evaluation agency in the 1970s, under the directorship of Darcy Closs and Claudio de Moura Castro. One of the agency’s defining attributes has been its stability over time. “It has an internal culture of long-term planning, and operates under multiannual plans and objectives. Many of CAPES’s chairmen have served particularly long terms—six chairmen served for an aggregate 46 years,” says Jorge Guimarães, who like Baeta Neves was chairman for 11 years, just two short of Anísio Teixeira’s 13 years. That stability was, however, broken in 2019—CAPES has had three different chairmen appointed since. CNPq, which initially reported directly to the president of Brazil, had under its auspices several scientific institutions, including the Institute for Pure and Applied Mathematics (IMPA) and the Brazilian Institute for Amazon Research (INPA). In the early 1980s, under the chairmanship of engineer Lynaldo Cavalcanti, CNPq was renamed to its current designation, incorporated technological development into its mandate, and transferred its headquarters to Brasília. It is now an agency under the MCTI.

One of the attributes the two agencies have in common is the participation of the scientific community in management decisions. At CAPES, new graduate programs and research projects are assessed by committees of researchers in 49 different fields. “CNPq has always been a place that scientists can call home,” says Oliva. Overlaps between the mandates of the two institutions have on many occasions led to proposals to merge them into one. In 1990 CAPES was abolished by the Collor administration, only to be re-created months later under pressure from Congress and the scientific community, with anthropologist Eunice Durham, who served as chairman from 1990 and 1991, playing a key role in reorganizing the agency. In 2019 the Ministry of the Economy announced—but ultimately abandoned—plans to merge the agencies together. 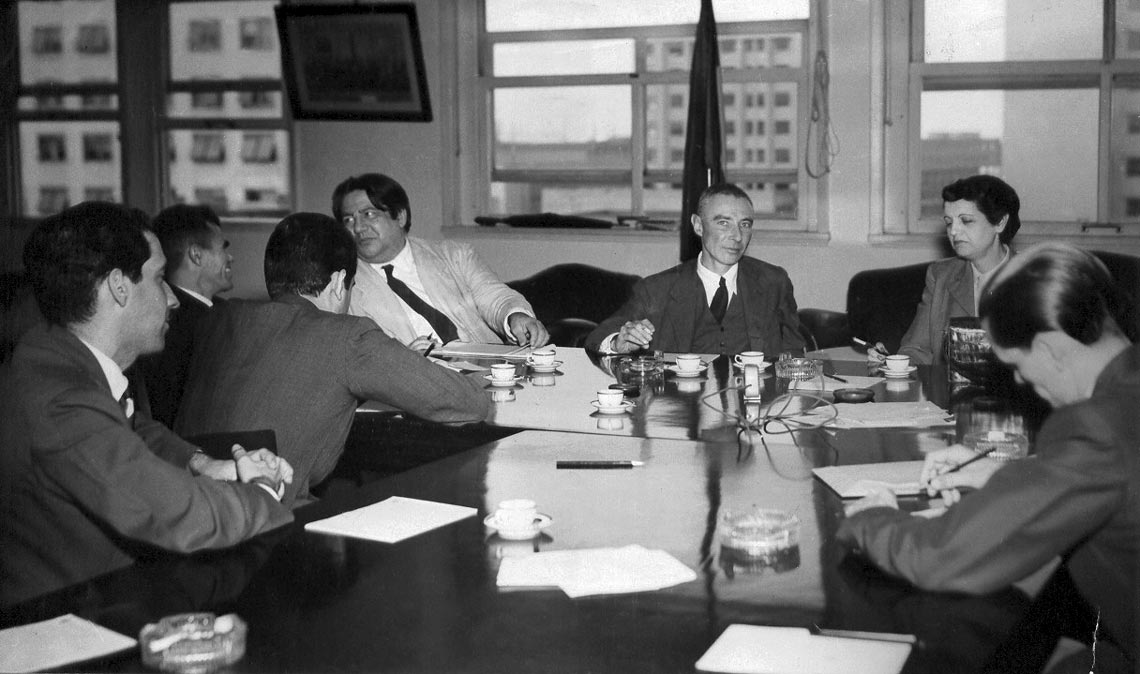 Physicist Robert Oppenheimer (center), who led the effort to build the atomic bomb in the US, during a visit to CNPq in 1953Centro de Memória / CNPq

CNPq has also withstood several attempts to reduce its mandate, says Oliva. “In the early 2000s, a proposal was advanced to create a federal agency dedicated to funding healthcare research, modeled after the National Institutes of Health (NIH) in the US, but CNPq was able to maintain its broad mandate as the federal government’s science agency. Any ministry requiring investment in research launches its calls for project proposals through CNPq. As the only government organization with authority to award fellowships and grants, it is the go-to agency for other government entities when they require assistance in research. CNPq has the frameworks in place to fund these activities,” he says.

In the first decade of the twenty-first century, new sources of funding were introduced into the federal research funding system. FNDCT launched Sectoral Science and Technology Funds that channel a percentage of tax revenues from certain industries—such as oil, agribusiness, and IT—to reinvestment in research within those industries. Concurrently, the state-funded science model introduced by FAPESP in the 1960s was adopted by virtually all other states.

CAPES and CNPq expanded their influence in the 1960s, when Brazil created its graduate education system

By the early 2000s, Brazil had a robust science, technology, and innovation ecosystem with multiple sources of funding and the ability to support research at both public institutions and in industry, says Hernan Chaimovich, a retired USP professor who served as chairman of CNPq from 2015 to 2016. “We expected that, with expanded funding, Brazilian research would see a step improvement in quality,” he says. But the system has since been significantly eroded. On the one hand, sectoral funds have been abstracted for use not on projects within their intended industries, but to fund the overall system and offset reduced allocations from the Federal Treasury. On the other hand, the FNDCT has suffered from budget curtailments under successive administrations. “There was only one year, 2010, when FNDCT was able to fully spend its budget,” recalls Glaucius Oliva, who up until recently was a member of the fund’s steering board.

The economic crisis over the last few years has had a dramatic impact on federal investment in science, and on CNPq in particular (see article on page 34). “CAPES has continued to award a significant number of fellowships, but grant funding has gradually decreased and is now less competitive,” says Baeta Neves. FINEP, which manages and is financed by a percentage of the FNDCT fund, has had to abandon its strategy of providing non-repayable funding for innovation projects in industry. “The system has been weakened, and even if budgets are restored to a decent level, it will take years for the system to rebuild its previous funding capabilities,” says Chaimovich.