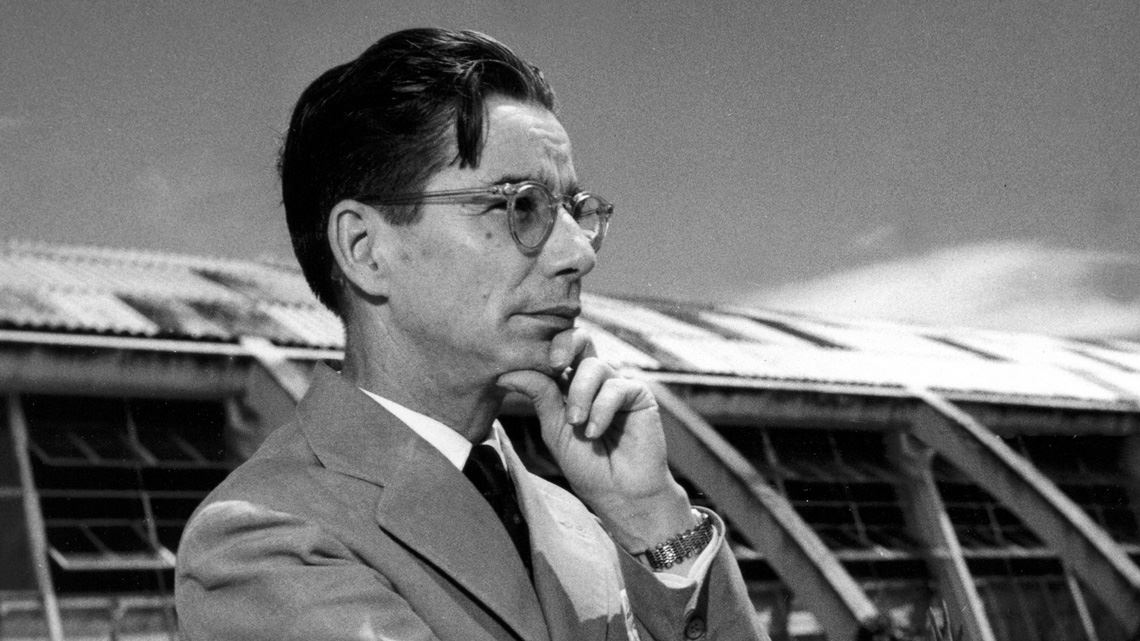 Teixeira: intellectual works motivated by the desire for social transformation

Brothers José Maurício Teixeira and Carlos Antônio Teixeira were amazed to hear their father’s proposition, one afternoon in August 1962. “I’m going to buy each of you a scooter and I’d like you to spend six months traveling the country,” he enthusiastically suggested to his sons, who were medical students at the University of Brazil, now called the Federal University of Rio de Janeiro (UFRJ). “We refused his offer, because we didn’t want to drop out of school,” says Carlos Antônio, now a psychiatrist and retired professor from the Federal University of Bahia (UFBA). The episode would be merely anecdotal were it not for one key detail: the father in question was Anísio Teixeira (1900–1971), one of Brazil’s top intellectuals in education.

“Contrary to what one might think, he was not strict, nor did he care about our report cards. To find solutions for Brazil’s problems, he believed it was necessary to know it deeply,” says Carlos Antônio. Fifty years after his death, Teixeira’s legacy and relevance are clear, not only in the institutions he helped establish, such as the Brazilian Federal Agency for Support and Evaluation of Graduate Education (CAPES) and the University of Brasília (UnB), but also in his ideas, which can be seen in Brazil’s public education system.

His career has left a mark both in public administration and in education research. “All his written works were motivated by the desire for social transformation. He was, above all, an educator focused on the practice of education and administration,” said philologist and dictionary writer Antônio Houaiss (1915–1999) in a statement to the Anísio Teixeira Virtual Library at UFBA. This trait has been with Teixeira since 1924, when he was inspector-general of Education in Bahia—a position equivalent to that of State Secretary of Education. Based on the writings of American philosopher John Dewey (1859–1952), Teixeira proposed an “education for life.” The Bahia educator established a program that restructured primary education in Bahia, establishing a model for full-time schools that inspires initiatives to this day.

Before his job in government, Teixeira was forced to give up his dream of becoming a priest. “He belonged to a traditional and influential family from Caetité, a small town in Bahia. His father, Deocleciano Pires Teixeira (1844–1930), was a local doctor and politician. Having a son as a priest was out of the question,” shares engineer João Augusto de Lima Rocha, a retired professor from UFBA, who studies the educator’s life. 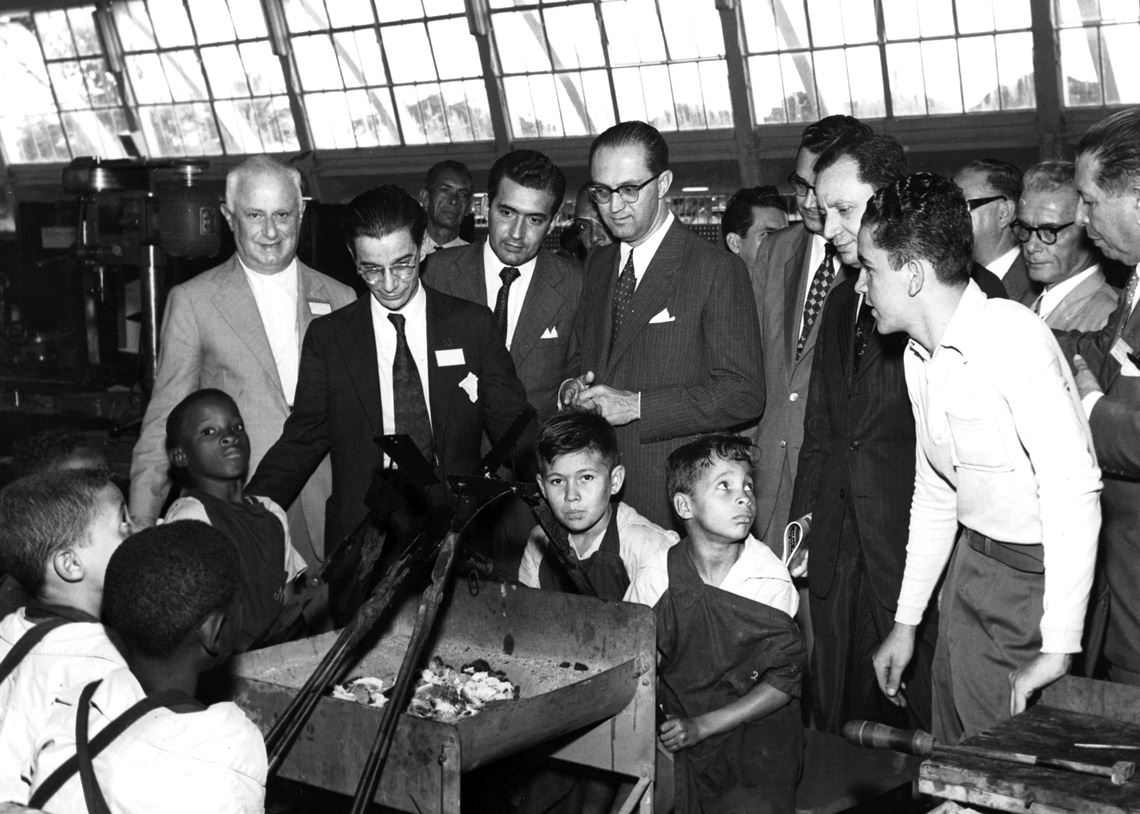 Teixeira studied in Jesuit Catholic schools and later graduated from the University of Rio de Janeiro Law School. His father immediately got him a “mundane” job. “Deocleciano was close to Bahia governor Góis Calmon (1874–1932), who appointed Teixeira as head of education in the state,” Rocha explains. Fresh out of law school, he even argued that he knew nothing about the topic. In response, Calmon suggested he read the book Méthodes américaines d’éducation (American education methods), by Belgian educationalist Omer Buyse (1865–1945), and sent him to Europe so he could learn about the education system in countries like Spain, Italy, and France.

It was in the United States, however, that Teixeira made a complete turnaround. With Calmon’s approval, he lived there from 1927 to 1929, where he obtained a master’s degree in education from Columbia University in New York. “During that time, I studied, visited schools, made good friends, and I believe I learned some things,” he would report in a letter to his father. “I intend to remain in the field of education.”

During this period, he was taught by Dewey. “This had a profound impact on Teixeira’s entire career,” claims Darcísio Natal Muraro, from the Department of Education of the State University of Londrina (UEL). “Dewey was the most important name behind the New School movement, which aimed to break with traditional pedagogical models,” says Muraro, an expert in the North American author’s work. The movement proposed a school format based on building knowledge from the child’s experience. “The goal is to broaden students’ horizons by establishing dialogue with their cultural repertoire, not by imposing content.”

In 1932, Teixeira joined the Movement for Educational Reform in Brazil and signed, alongside 26 other intellectuals, the Manifesto of the Pioneers of Educação Nova, authored by educator Fernando de Azevedo (1894–1947). The document defended public, compulsory, free, and secular education—precepts that supported the legal instruments that guide Brazilian education, such as the Law of Directives and Bases (LDB). First mentioned in the 1934 Constitution, through Teixeira’s influence, the LDB became law in 1961.

Its latest version, from 1996, still has traces of the Bahia educator’s thinking, notes pedagogical expert Agueda Bernardete Bittencourt, from the University of Campinas (UNICAMP) School of Education. “According to the LDB, there should be equal access to schools, diverse pedagogical lines of work, respect for freedom, and free public education—principles that had been defined by Teixeira,” says Bittencourt. He was also against religious teachings in public education. “His defense of secularism created clashes between himself and certain members of the Catholic Church, who supplied most of the country’s secondary education until the mid-1960s.”

In 1935, when Teixeira took over as head of Public Instruction of the Federal District, in Rio de Janeiro, he established the University of the Federal District (UDF), which boasted innovative teaching methods and brought together both French and Italian teachers. The UDF did not last long; in 1937, it was shut down by President Getúlio Vargas’ Estado Novo (1882–1954) and Teixeira was persecuted by the regime. “He bothered members of both the Church and the government for defending democracy as a way of life and evoking the social role of education,” says pedagogical expert Patrícia Melo Magoga, who studied the concepts of democracy and education in Teixeira’s work for her master’s dissertation, defended at UEL in 2020. 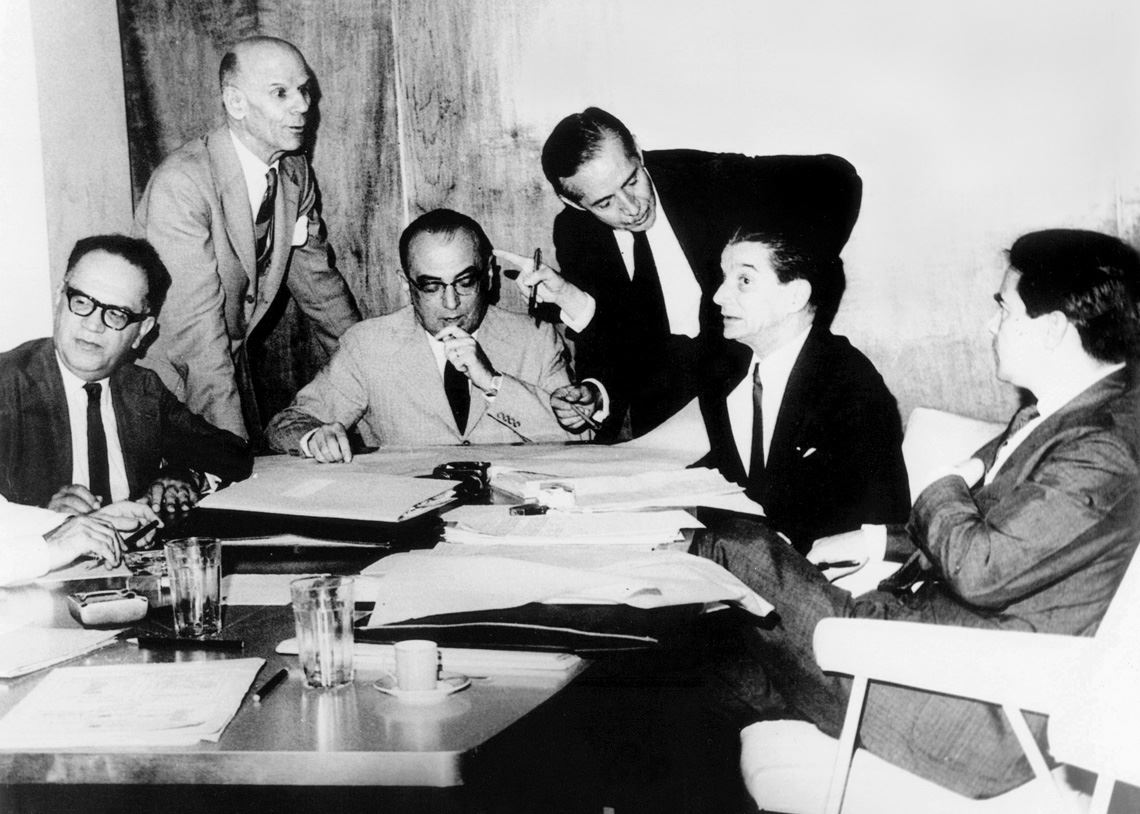 From 1937 to 1945, Teixeira distanced himself from public life. “He began to import and sell American cars, explore limestone reserves, and export manganese; he also founded Cimento Aratu [a cement manufacturing company],” shares Carlos Antônio. His business career was interrupted when he was asked to represent Brazil in the United Nations Educational, Scientific and Cultural Organization (UNESCO), established in 1946. One individual who was key in placing Teixeira at UNESCO was São Paulo writer—and Teixeira’s personal friend—Monteiro Lobato (1882–1948), who had worked as a commercial attaché in New York.

He did not stay at UNESCO long, however. “UNESCO lost much of its political strength at the beginning of the Cold War, and that disappointed him,” says Rocha. In 1947, he took the position of head of the Bahia Secretariat of Education and Health and established the Escola Parque in Salvador, which included project-based learning. “Children and teenagers were encouraged to come up with solutions to local problems, based on tasks that involved research and collaborative work,” explains Magoga. The students would care for the school and participate in sports, cultural, and artistic activities.

In 1951, Getúlio Vargas became president once again—this time, he was democratically elected. With the new democratic times, Teixeira was asked to work for the government, appointed by Ernesto Simões Filho (1886–1957), then Minister of Education. His first task was to organize and lead CAPES, which had been established that same year, with the purpose of improving higher education and boosting the training of human resources in the country. His agenda included granting research scholarships to Brazilians interested in pursuing graduate studies abroad. In 1952, in addition to CAPES, Teixeira went on to lead the National Institute for Educational Studies and Research (INEP).

“Teixeira linked INEP to CAPES, thus influencing the Brazilian educational system from primary education to graduate studies, without disregarding the particularities of Brazilian federalism,” explains Muraro. “With this, his intention was implementing his belief that education is a right for all and cannot be treated as a privilege for a few.” 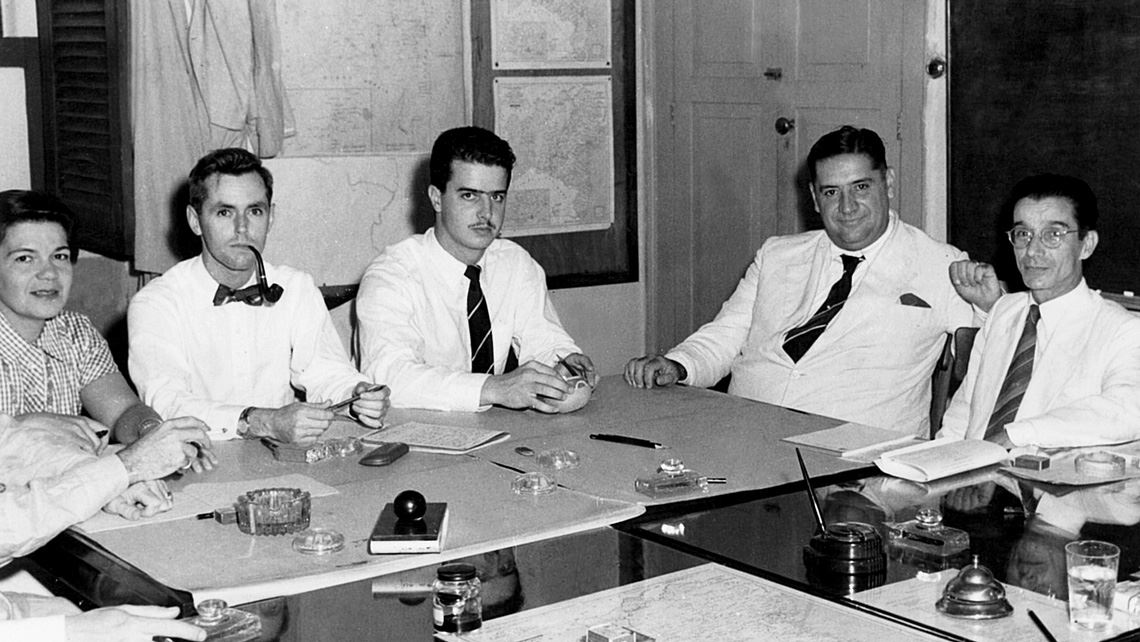 At the Bahia Secretariat of Education and Health, where he worked from 1947 to 1950 (first from the right)Anísio Teixeira Foundation

From 1955 to 1959, Teixeira was head of the Brazilian Society for the Advancement of Science (SBPC), which helped him mobilize the scientific community around the establishment of a new education and research institution. In 1962, UnB was founded in the new federal capital. Anthropologist Darcy Ribeiro (1922–1997) defined the principles of the institution; Teixeira planned its pedagogical model; and Oscar Niemeyer (1907–2012) designed the buildings.

The 1964 coup d’état presented a new setback for Teixeira, who had replaced Ribeiro as Chancellor of UnB. Dismissed by the military government, he left for the United States, where he taught at the Columbia University and the University of California. He also spent some time in Chile, where he helped restructure public universities. He wrote at least a dozen books on education. In fact, this article is titled after one of them: Educação para a democracia (Education for democracy) (1936).

Teixeira returned to Brazil in 1970, to work as a consultant for the Getulio Vargas Foundation in Rio. On March 11, 1971, he had scheduled a lunch with the philologist Aurélio Buarque de Holanda (1910–1989) at the latter’s apartment, in the Rio neighborhood of Botafogo. “Before he could get there, he was found dead in the elevator shaft of the building. Officially, it was deemed an accident. I believe he was ambushed by the military dictatorship,” claims Rocha, who defends the hypothesis in his book Breve história da vida e morte de Anísio Teixeira (A brief history of the life and death of Anísio Teixeira; Edufba, 2019).

Carlos Antônio disagrees: “I still believe his death was accidental.” One of Teixeira’s four sons prefers to remember his father as a simple man: “He liked to drink cachaça before lunch on Sundays and watch soccer matches on TV,” he recalls. “He used to say that things will only move forward in this country when we begin discussing education as seriously as we discuss soccer.”