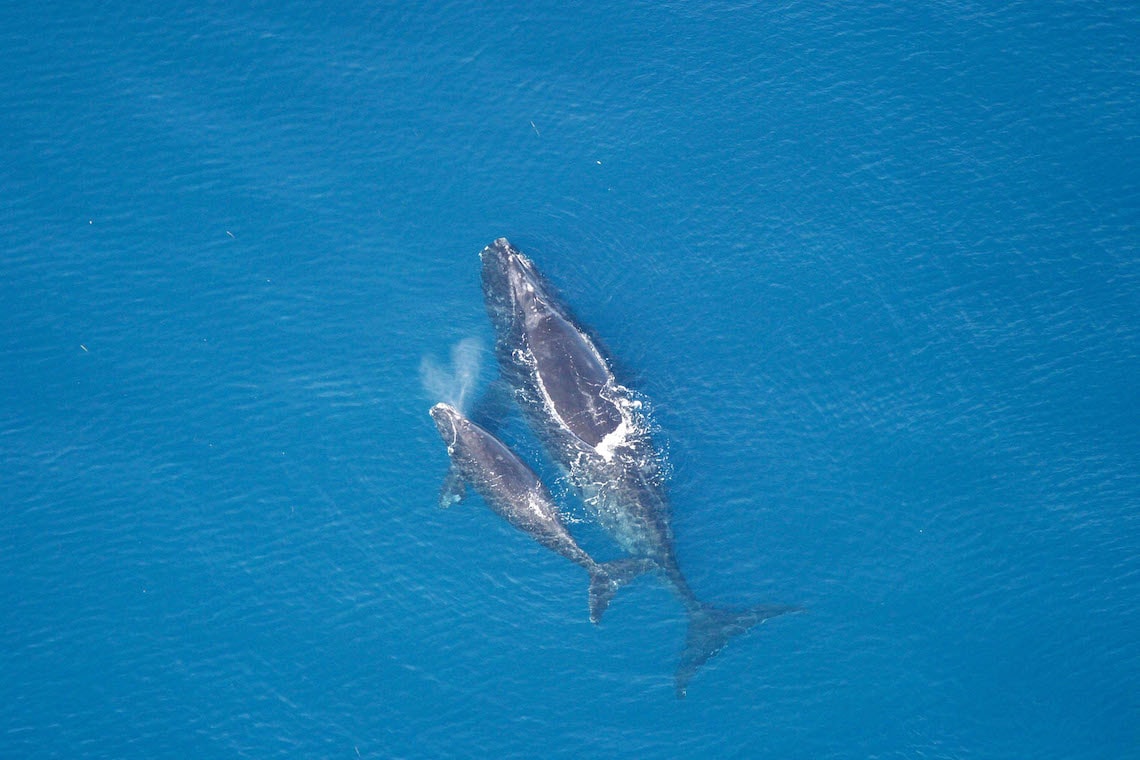 Right whale with calf: only about 400 remain in the world

June was a cruel month for the right whales (Eubalaena glacialis), of which it is estimated that there are only 411 left in the world. At least six were found floating dead in the icy waters of the Gulf of Saint Lawrence, off the east coast of Canada. One them was a 40-year-old female named Punctuation, considered one of only 100 reproductively active right whales. Punctuation was known to have given birth to eight calves, and she was the grandmother of at least two other individuals. An autopsy suggests that she died after being hit by a ship. A few kilometers away, Wolverine, a 9-year-old male named after the scars on his tail, was found dead on June 4. A few days later, Comet, a 34-year-old male, appeared lifeless alongside an unknown 11-year-old female who would soon have reached sexual maturity. The carcasses of two other right whales were seen near Anticosti Island and the Gaspé Peninsula in the last week of June. Except for Punctuation, the Canadian authorities do not know what caused the deaths of the other right whales in the region. The main theory is that they died as a result of infections and injuries caused by collisions with boats. Another hypothesis is that they were choked by nets used for lobster and crab fishing. This is one of the leading causes of death of right whales in the Northern Hemisphere (Diseases of Aquatic Organisms, June 20).