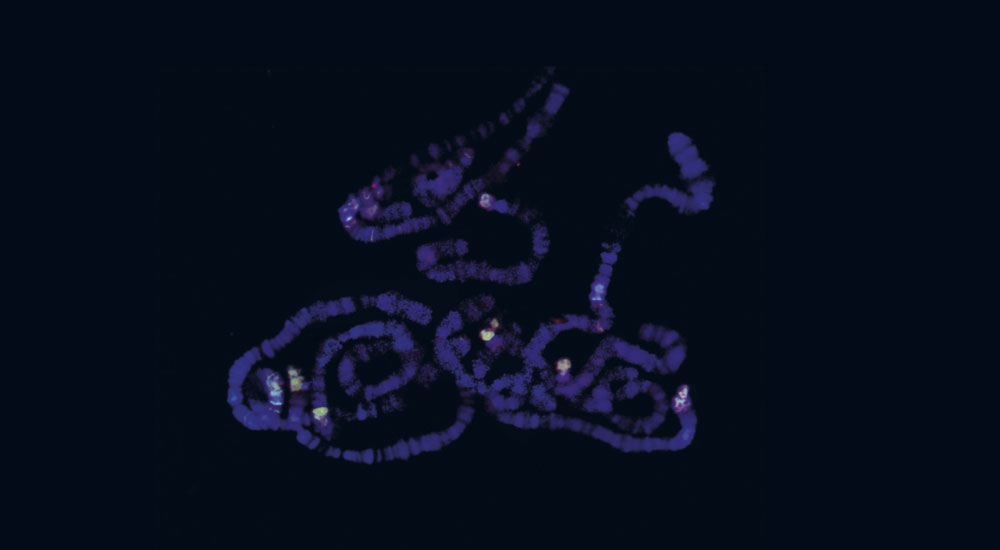 Although the double helix has been well established since its discovery in the 1950s, some parts of the DNA may actually be formed of three spiraled strands. Studying the occurrence and function of such formations has been a challenge due to the difficulty involved in locating them in the chromosomes. Until now. Geneticists Eduardo Gorab and Peter Pearson, from the University of São Paulo (USP), have described how a commercially available dye – thiazole orange –  could replace specially produced antibodies in the search for triple-helix DNA. In the photo, the antibody (red) and the dye (green) mix together and highlight the chromosome in blue.

Image submitted by Eduardo Gorab, a professor at the Institute of Biosciences of the University of São Paulo (IB-USP)