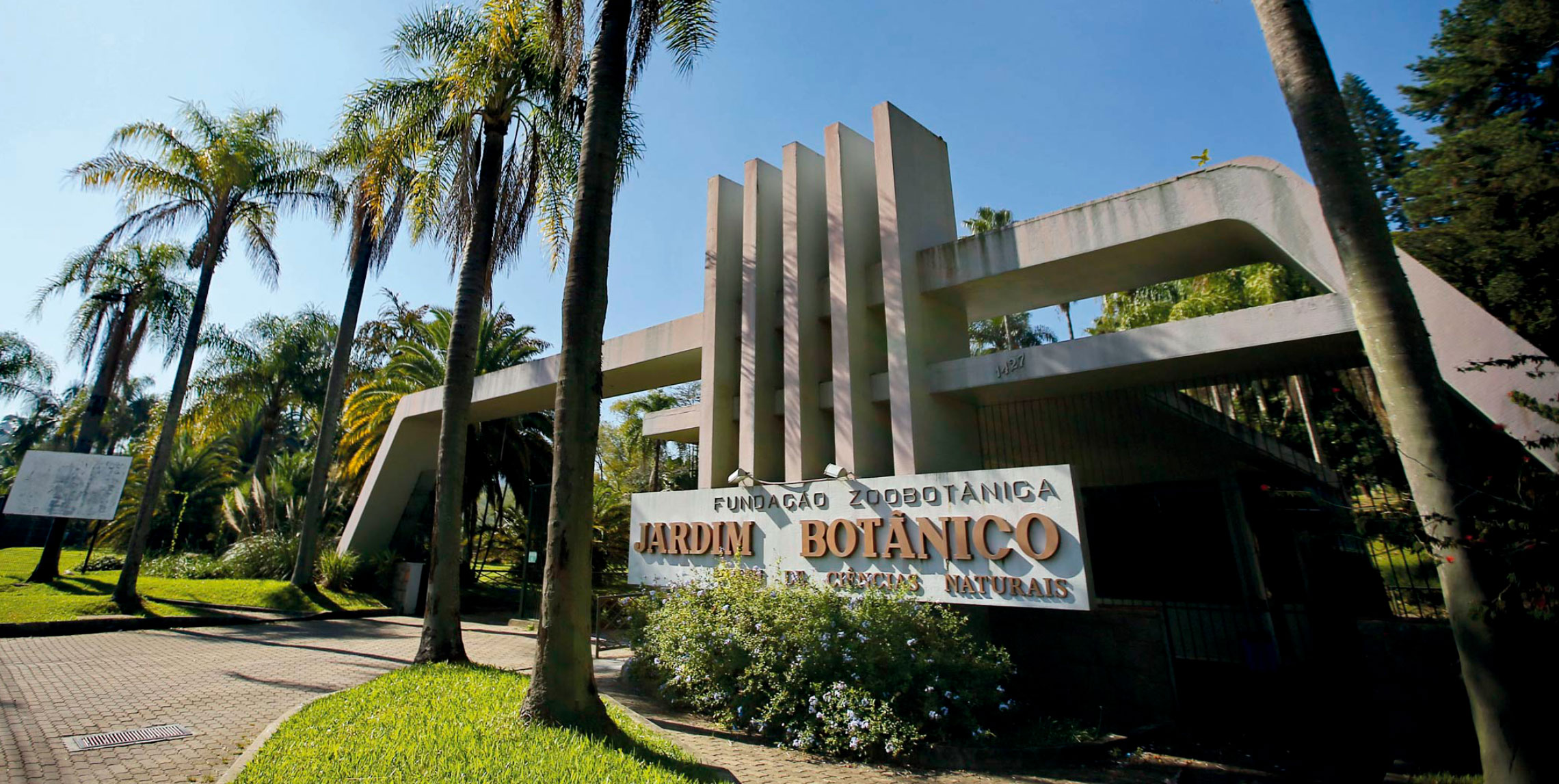 The facade of the foundation, which includes a museum, a botanical garden, and a zoo

For more than three years, the Zoobotanical Foundation (FZB) of Rio Grande do Sul has been on the verge of becoming defunct and in a state of uncertainty around the continuation of its research and outreach and the fate of its biological and paleontological collections—about 600,000 specimens of animals and plants from the present and the remote past. FZB, which manages the Botanical Garden, the Museum of Natural Sciences, and a zoo, is among the ten institutions set to be wound up as part of an austerity package announced by Rio Grande do Sul Governor José Ivo Sartori in August 2015. The measures were approved by the state’s Legislative Assembly in December 2016.

Since then, the institution—which was created in 1972 and has an annual budget of around R$30 million—has fought in court against its dissolution in proceedings that have taken several twists and turns. On October 11 the battle seemed to have come to an end when the government of Rio Grande do Sul officially declared the FZB to be dissolved under State Decree No. 54268/2018. Eight days later, however, the State Court of Justice revoked the decree following an application for provisional relief from the Public Prosecution Service. The decree will remain suspended until a final decision is issued on an interlocutory appeal brought by the Public Prosecution Service demanding that the state government prepare a windup plan that would allow the Botanical Garden and the Museum of Natural Sciences to continue to function—the zoo would be privatized.

Under the government decree, the FZB’s activities and its 180 employees, including 25 researchers, would be incorporated into the Office of the Secretary for the Environment and Sustainable Development (SEMA). “The foundation’s research output was good quality and independent, but detached from SEMA. While the foundation’s dissolution may not be an optimal solution, it is necessary as part of a government reform to cut costs,” explains Ana Pellini, Secretary for the Environment and Sustainable Development. “It is my hope that all foundation staff can be retained. Under the new administration, however, I cannot guarantee that they all will.” The state government ended the previous year with a fiscal deficit of R$1.67 billion.

Biologist Jan Karel Felix Mahler Junior, of the museum’s Conservation and Management department, says SEMA lacks staff with the skills and training to manage FZB’s 18 collections of present-day and fossil fauna and flora or to conduct research. The museum’s reptile collection, for example, is the most important in Brazil’s South, with around 17,000 specimens, including 15 type-specimens (which are used as a model of a species) or paratype specimens (which represent some of the variety within species). “You can’t simply assign a biologist to manage the collections. The foundation and SEMA have different roles,” says Mahler. The foundation’s paleontological collection also features fossils of some of the oldest known dinosaurs in Brazil and in the world, such as Guaibasaurus candelariensis and Sacisaurus agudoensis. These dinosaurs, both unearthed in Rio Grande do Sul, lived about 220 million years ago.

Odir Antônio Dellagostin, director of the Rio Grande do Sul State Research Funding Agency (FAPERGS), says the incorporation of the Botanical Garden and the Museum of Natural Sciences into SEMA can help to maintain the collections, but prospects for research are less optimistic. “It is likely that researchers will no longer be hired,” says Dellagostin.

Basic and applied research
Some researchers are concerned that incorporating FZB into SEMA could undermine researchers’ independence in selecting the subjects of and approaches to their research, as SEMA is directly linked to the state government. “SEMA’s definition of research is applied research only. But it fails to appreciate that basic research provides the foundation for applied research,” says Ana Maria Ribeiro, curator of the museum’s paleontology collection of 18,000 specimens. “The National Museum drew public attention when it was destroyed by a sudden fire. Here they’re destroying our museum on a low flame.” FZB currently has 148 active projects and subprojects, of which 41% are linked to SEMA, 36% to external demand, and 23% to internal demand. Another argument the researchers have made is that as a separately registered entity the foundation enjoys greater flexibility in raising funds, an advantage that would be lost with its incorporation into SEMA.

The foot bones of Guaibasaurus candelariensis, from the paleontology collection at the Museum of Natural SciencesAna Maria Ribeiro

FZB has partnered with higher education institutions and developed graduate degree programs in a bid to preserve its research and academic activities. For example, in September the Brazilian Federal Agency for Support and Evaluation of Graduate Education (CAPES) approved the foundation’s first master’s degree program—in systematics and conservation of biological diversity—to be administered jointly with the State University of Rio Grande do Sul (UERGS). But with FZB at risk of shutting down, the program is likely not to be implemented.

The uncertainty over the future of the foundation has also disrupted outreach activities, including its “Science in the Square” and “Museum at School” programs. “The partnership between FZB and Instituto Vital Brazil was not renewed last year,” says biologist Marco Aurélio Azevedo of the Museum of Natural Sciences. The collaboration involved the use of native snake venom for antivenom production and research. If FZB’s situation has not been resolved by the end of the year, its fate will be decided after the new administration takes over in January 2019.