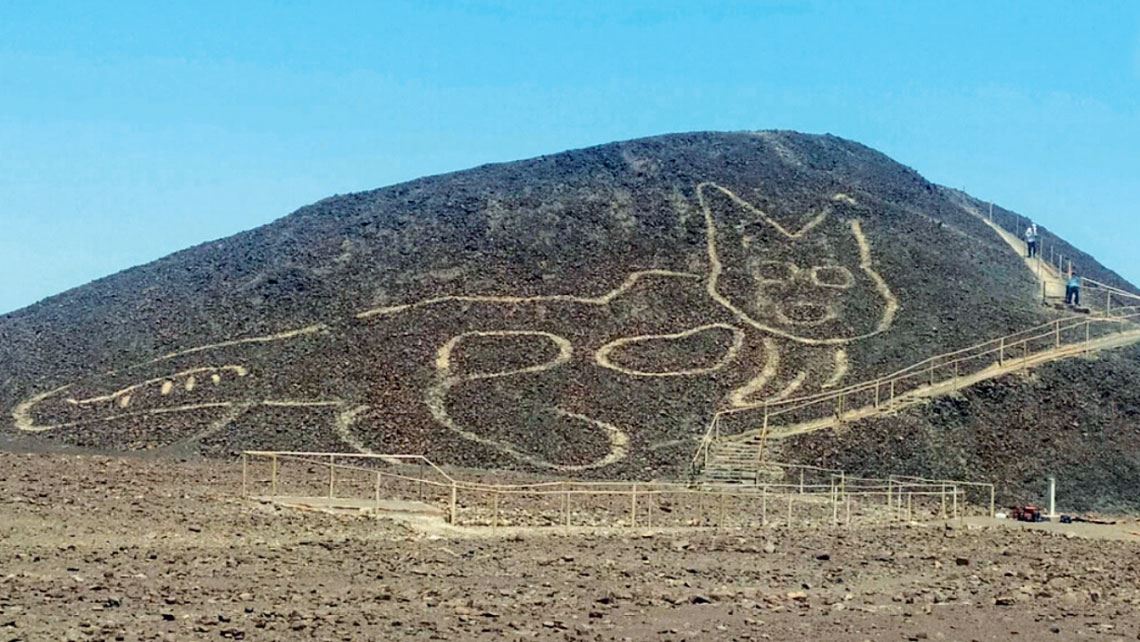 Archaeologists have identified a new geoglyph on the side of a hill in the desert between the Peruvian cities of Nazca and Palpa. The 36-meter-long image depicts a cat lying down. According to experts, it was made between 2,200 and 2,100 years ago and is one of the oldest of the set known as the Nazca Lines, a UNESCO world heritage site. Earlier this year, Japanese researchers identified another 142 geoglyphs.