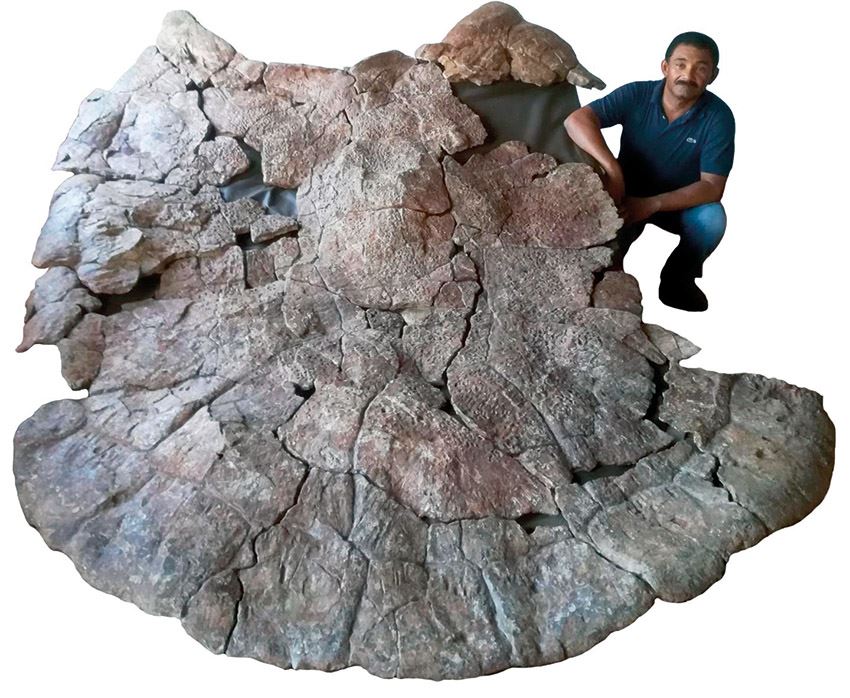 The largest freshwater turtle that ever existed, possibly the largest of all turtles, lived between 13.8 million and 5.3 million years ago in South America, inhabiting a larger area than previously thought. The giant Stupendemys geographicus inhabited a wetland that stretched from the north of Venezuela to Peru, including the westernmost part of the Brazilian Amazon. Its shell reached up to 2.4 meters across and weighed up to 1 ton (photograph). The findings are the result of a study by paleontologist Edwin Cadena, from Del Rosario University in Colombia, and his colleagues, who analyzed almost 30 fossils found since 1994. Cadena and his team found that the fossils, some of which had been attributed to other species, were actually all from S. geographicus, described in 1976 (Science Advances, February 12).