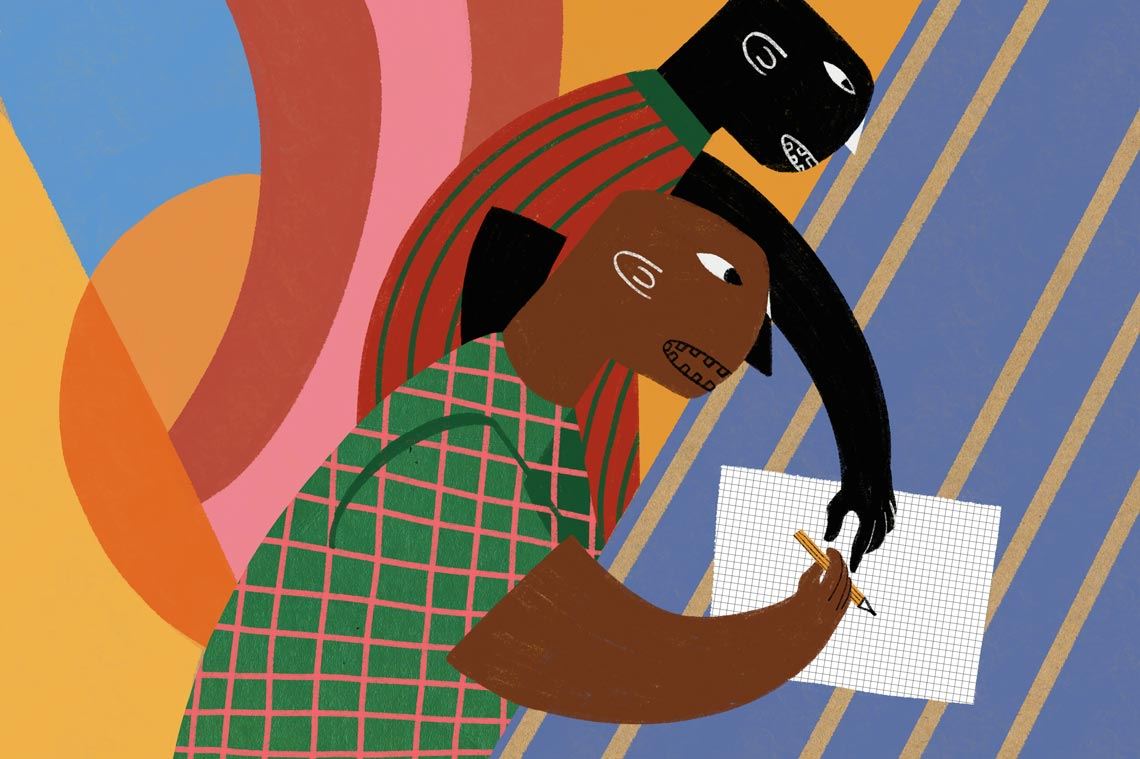 At 22 years of age, Douglas Luan de Souza had just arrived from Catuji, his hometown in the interior of Minas Gerais, when he was accepted onto the computer engineering course at the Polytechnic School of the University of São Paulo (Poli-USP). In his second year, he was awarded a scholarship and assigned a mentor by Poli-Retribua, a project run by the Association of Engineers at Polytechnic Schools (AEP). Souza was one of the first beneficiaries of the program, created to help students face the challenges of academic life. “It was an important process that helped me to make choices and consider the career I wanted to build,” he says.

Thanks to the financial support and mentoring provided by the project, he was able to secure a four-month internship at Airbus in Hamburg, Germany. “The mentoring program gave me the confidence to face the challenge and take the internship,” explains Souza. Currently taking a master’s at the same institution, he is now mentoring a new petroleum engineering undergraduate.

Mentoring programs like Poli-Retribua have made a real difference to the development of new students by stimulating personal and academic collaborations. As well as establishing intergenerational links through exchanges of experiences, being mentored by people with more experience helps young students think about different aspects of their academic and professional future and reduces dropout rates from undergraduate courses.

It is believed that the origins of the term mentoring lie in Odyssey, the epic poem written by Homer in the eighth century BC. Together with the goddess Athena, a character named Mentor helps Telemachus, son of Ulysses, in his search for news about his father. Over time, the expression came to be used to describe a relationship through which someone with more experience encourages and guides the personal and professional development of a generally younger person.

The benefits of mentoring
1. Establishes links between students, professors, and experienced professionals
2. Encourages students to develop extracurricular skills
3. Helps students overcome difficulties that may otherwise have caused them to give up on their course or career
4. Identifies issues related to the adversities of professional careers and helps people overcome them
5. Enriches the teaching and research activities of the mentors

Mentoring has been part of the daily life of students at USP’s School of Medicine (FM) for two decades. Groups of students from different academic years meet with a professor from the school or a doctor from the institution’s teaching hospital on a monthly basis to share experiences and discuss the path to becoming a doctor. The program is annual and can be renewed yearly. Students interested in participating nominate up to three professors or doctors involved in the program that they would like as their mentor. “We let students choose because we believe that the mentoring relationship relies on identification and trust. The positive outcomes are based on this foundation,” says Patrícia Lacerda Bellodi, a psychologist who has headed the program since it began in 2001.

With 320 students enrolled in 2021, the program has 32 mentors from a range of medical specialties. Before taking on the commitment as mentors, those interested go through interviews and a training process. “The intention is for them to understand the program’s objectives and the concept of mentoring, which is very different to tutoring, more focused on facilitating and remediating the learning process. Mentors work in more broadly and comprehensively, inspiring careers, stimulating the growth of the student as a whole,” summarizes Bellodi.

At FM, each mentoring group also includes a “mediator,” a position occupied by a student in the course’s final phase (an intern) or who is already doing their residency. Two decades after the program started, some of the current mentors were once mentees themselves. “Mentoring is a two-way relationship, benefiting not only the students, but also the mentors, who can be reenergized by their contact with young students,” adds Bellodi.

Based on the success of these initiatives, USP’s Associate Dean’s Office for Undergraduates plans to create an office for planning and running mentor programs in the coming months. Called E-Ment and headed by Bellodi, the office will be tasked with stimulating the culture and practice of mentoring among professors and students university-wide.

The São Paulo School of Medicine (EPM) at the Federal University of São Paulo (UNIFESP) has a mentoring program, created and run by Professor José Medina since 2007, that helps undergraduates develop skills and build professional identities. “We discuss aspects beyond academic life, with the potential to influence the career choices that students will make,” explains Medina. The mentoring starts in the first year and students can continue until they finish the course if they wish. The program currently has about 230 mentees and 40 mentors, all of whom are professors at the school.

One of the observed benefits of university mentoring programs is a reduction in dropout rates among students in situations of economic and social vulnerability. Poli-Retribua endeavors to ensure the diversity of its student body and is supported by the Association of Engineers at Polytechnic Schools (AEP), which draws up a list of candidates, prioritized by vulnerability, to be used as a basis for selecting mentees and scholarship beneficiaries. The program currently has around 130 polytechnic engineers working as mentors and serves 230 students from 17 courses. In addition to traditional counseling, Poli-Retribua also provides financial assistance, offering students access to funds obtained from donations made through the project’s website. “Our goal is quite clear: to ensure that students in more difficult situations can complete the course, offering support from the beginning of the course to the end,” explains Marcos Rodrigues, a retired professor at Poli-USP and head of the program.

At Poli-USP, mentees are usually the first in their family to go to university. “Many of them do not have any financial support at home, where they often face opposition to the idea of studying full-time,” says Rodrigues. Since 2017, 81 scholarships have been awarded, providing R$700 per month for a year. “Added to other financial aid offered by the university’s Social Assistance Department (SAS), these funds can make a real difference to the lives of these students,” adds Rodrigues.

Former Poli-USP students interested in acting as mentors sign up via the Poli-Retribua website. After an interview, a matching procedure aims to identify mentees with the most compatible profiles. “We already have some mentors who are former mentees, demonstrating the virtuous cycle that the project was designed to foster,” observes Rodrigues. As well as guidance on academic life, Poli-Retribua mentors help students search for internships, write résumés, and prepare for interviews. The team behind the program are now working on a way to replicate the initiative outside the school. “The hope is that Poli-Retribua can be adopted in other educational institutions. We are going to present the project to student associations, to allow them to use our experience and know-how in their own mentoring programs,” he says.

Mentoring processes involving professors and students can also impact relationships between professionals with different levels of experience. To investigate how this professional rapport develops, Aline Maria de Medeiros Rodrigues Reali, a researcher from the Center for Education and Human Sciences at the Federal University of São Carlos (UFSCar), led three studies that followed public school teachers in the state of São Paulo. “Many teachers at the beginning of their careers, with less than five years of experience, have questions about teaching in practice, since their training takes place through action in the classroom,” observes Reali. In the first study, which took place between 2004 and 2007, 52 teachers in the early stages of their careers were advised by 10 retired education professionals, including school principals and teaching assistants. In the second study, conducted between 2012 and 2016, 75 new kindergarten and elementary school teachers were mentored by 30 education professionals, including school principals and pedagogical coordinators. In the third, between 2017 and 2021, 80 elementary school and adult education teachers were mentored by 14 teachers with at least 10 years of experience in the public school system.

“It is not uncommon for teachers at the beginning of their careers to find themselves in very complex situations, whether that be taking on classes that are considered difficult or facing adversities that require experience they do not yet have,” explains Reali. “Our research allowed us to analyze the main demands related to professional training, beyond that described in the literature. As a result, we found that by placing the pedagogical practices of new teachers as a central theme, mentoring helps them reflect on their attitudes and develop more effective solutions to the problems they face,” she summarizes. 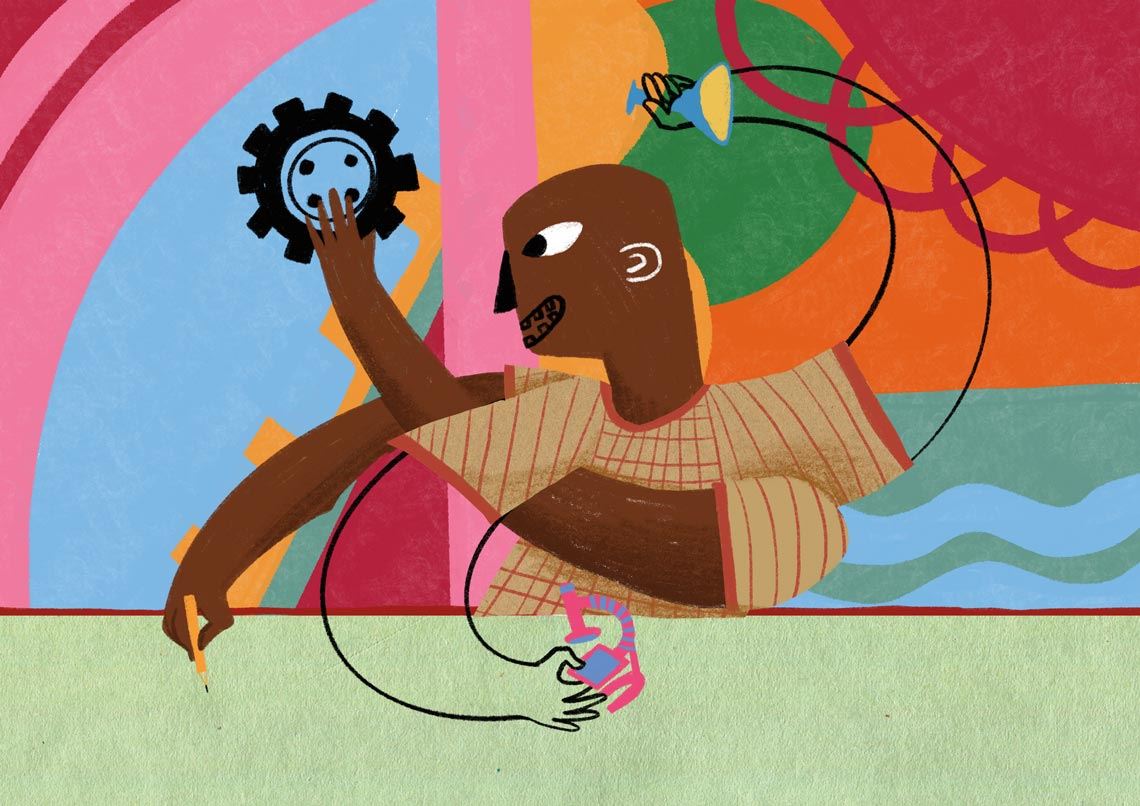 Countries such as England, Scotland, the USA, and Chile have well-established mentoring policies in teaching fields, with new teachers overseen by those with more experience. “In Brazil, despite not being so widespread, the mentoring initiatives that do exist show that they provide great benefits for teaching careers, enabling teachers to deal with issues for which they would rarely turn to the school’s leadership,” says José Moran, a retired professor at USP’s School of Communications and Arts (ECA) and a specialist in active methodologies and new technologies in education.

FAPESP intends to launch its “Mentoring for a career in research” program for the institution’s postdoctoral fellows later this year. It will be made up of four modules. “Covering a range of topics, the modules will use videos and webinars presented by members of the FAPESP scientific board’s advisory panel,” says Catarina Segreti Porto, professor at EPM, UNIFESP, advisor to FAPESP’s scientific board, and coordinator of the initiative. Mentees will be able to ask questions during webinars focused on the themes of each module.

The first module is all about FAPESP and the research system in the state of São Paulo. The second covers aspects related to constructing a scientific career, and the third relates to ethics and integrity in research. The final module will be dedicated to helping researchers plan and carry out scientific and technological research, as well as practical guidance on how to write up results. “The objective of this mentoring program is to prepare postdoctoral fellows to responsibly and competently carry out various activities relevant to the development of their careers as researchers in academia, industry, and the government,” says Porto.