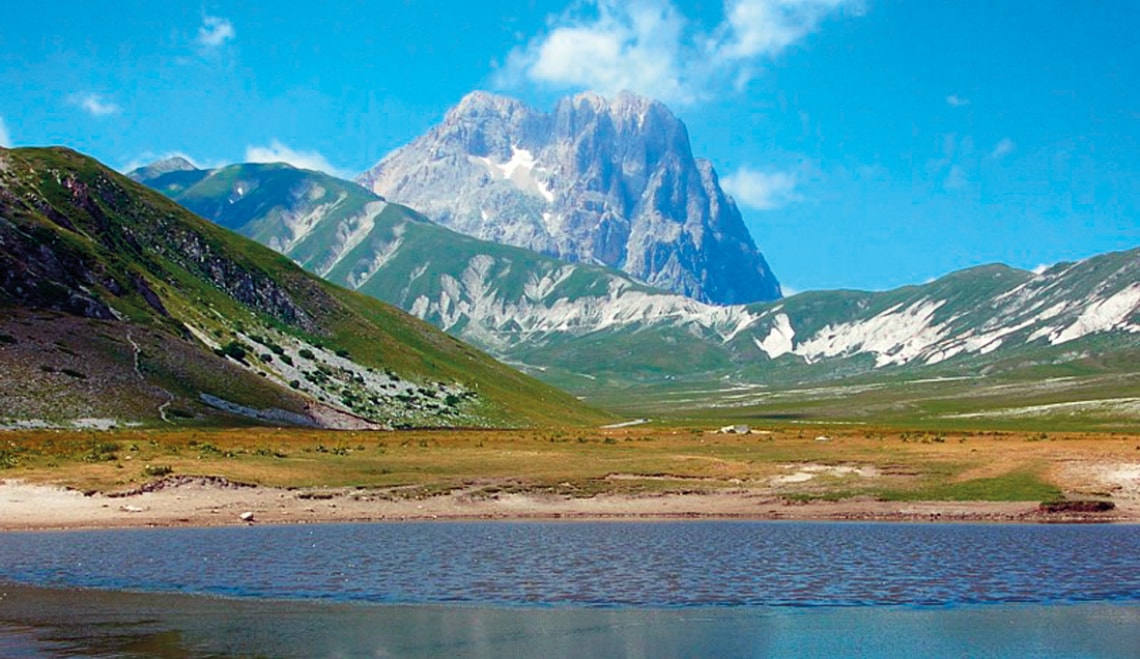 The Gran Sasso mountain massif in the central Apennine region of Italy: a remnant of Greater Adria

The mountain ranges of the Mediterranean, including the Apennines in Italy and the Dinaric Alps in the Balkans, are the only visible parts of a submerged ancient continent that collided with southern Europe approximately 120 million years ago (Gondwana Research, September 3). Known to geologists as Greater Adria and about a quarter of the size of Brazil, the continent broke into many pieces when it collided with the Old World, and is now mostly buried under Southern Europe. An international group of geologists has reconstructed the history of this lost continent using paleomagnetic data from 2,300 geological sites across southern Europe, North Africa, and the Middle East. According to the study, until 240 million years ago, Greater Adria was part of Gondwana, a supercontinent that included the landmasses of present-day Africa, South America, Australia, Antarctica, India, and the Arabian Peninsula. It gradually separated from Gondwana and began slowly migrating towards the Mediterranean, at a speed of three or four centimeters per year. “The parts of Greater Adria that can still be seen also include the Apulia and Gargano peninsulas and Po Valley in Italy; Istria in Croatia; western Greece; the island of Crete; the Tauride Mountains in Turkey; and the Adriatic Sea itself,” says geologist and lead author of the paper Douwe van Hinsbergen, from Utrecht University in the Netherlands.