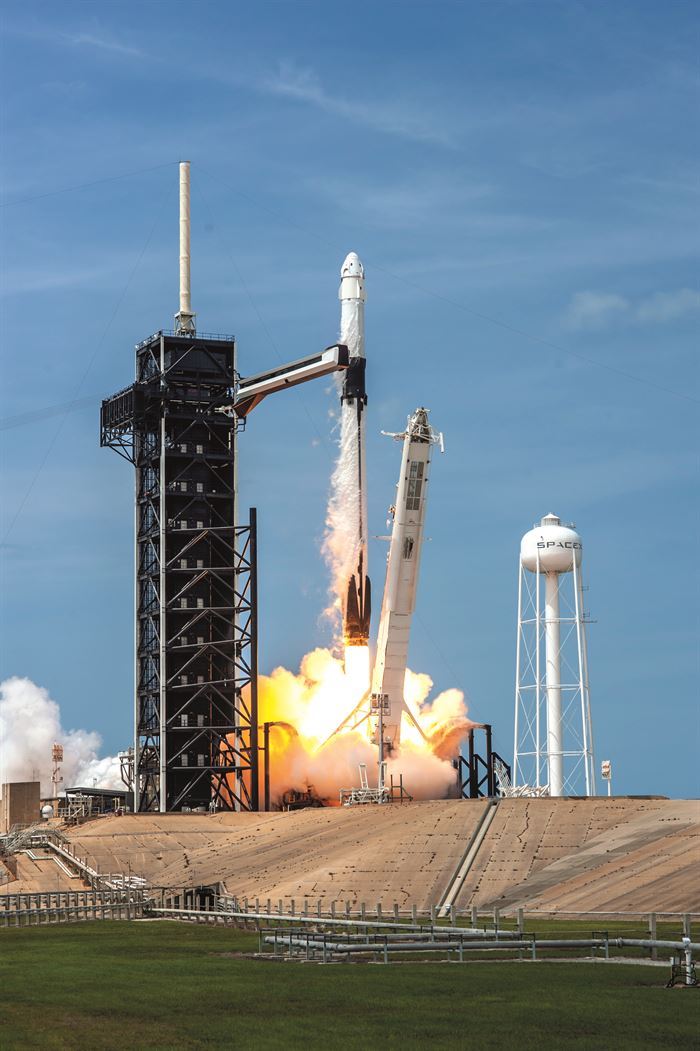 Tony Gray & Tim Powers / NasaOn May 31, American astronauts Robert Behnken and Douglas Hurley arrived at the International Space Station (ISS) for a three-month mission. The flight that took them there departed the previous day from the John F. Kennedy Space Center in Florida, USA, and made history as the first manned mission to use a spacecraft—the Crew Dragon—designed and manufactured by a private company: billionaire Elon Musk’s SpaceX. According to NASA’s blog, the flight was a chance to test SpaceX’s manned transport system, which could pave the way for the company to obtain certification for regular missions to the ISS. Eventually, NASA could use SpaceX to take astronauts into space from North American soil. Since 2011, the agency has been sending astronauts on Russian rockets.