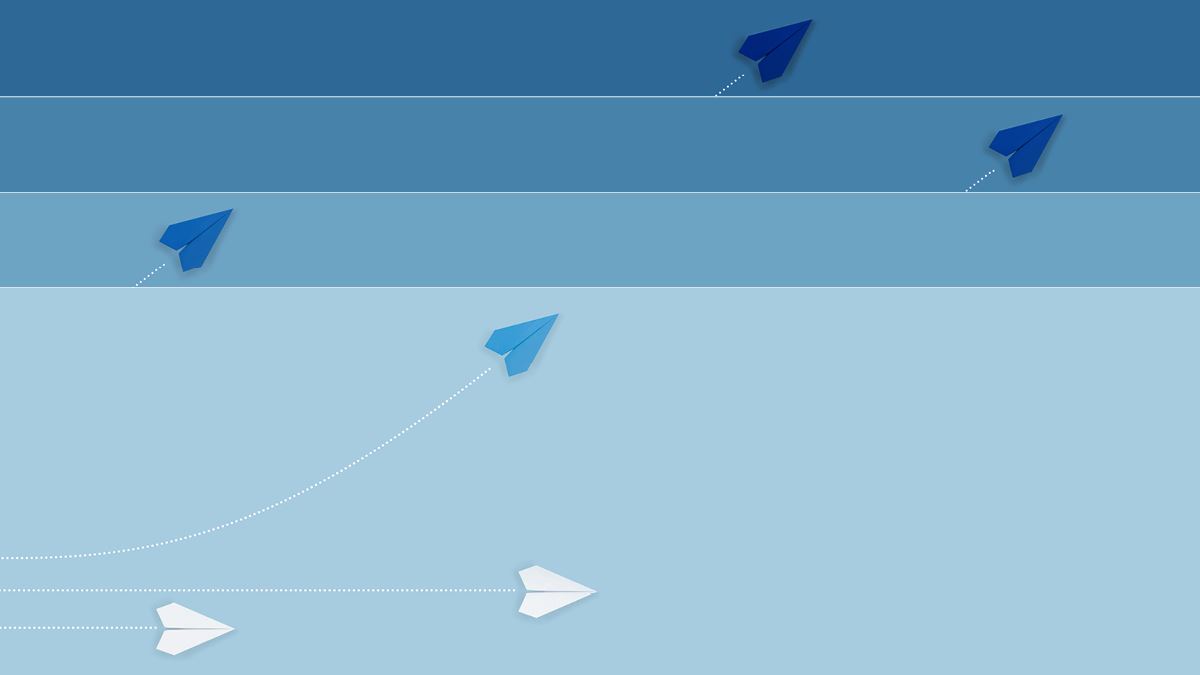 Researchers who build their career at the same institution where they obtained their PhD tend to apply themselves to less ambitious, low-impact research, focused on confirming already-established ideas. On the other hand, scientists who diversify their professional experience and migrate to institutions other than those where they obtained their PhD tend to engage more in collaborative, multidisciplinary work aimed at producing new and disruptive knowledge, even with scarce funding. The distinction between these two types of researchers is the result of a study published in the journal Higher Education Quarterly, on the relationship between academic mobility and the research agenda of scientists in more than 140 countries.

The paper was based on data about 7,158 researchers from different fields of knowledge, who published at least one article in international journals from 2010 to 2016. They filled out a questionnaire about their academic career, indicating the institution where they obtained their PhD and worked, their lines of research, and their main publications in recent years. The study authors then cross-referenced this information with data on the scientific writings of the participants in the Scopus database, powered by Elsevier publishing house. “This helped us determine the degree of mobility of each participant and categorize them according to different scientific agendas,” reports Portuguese sociologist Hugo Horta, from the University of Hong Kong Faculty of Education—one of the authors of the paper.

Specialized literature sees an abundance of studies that point to a correlation between low academic mobility and limited quality of scientific writings. Researchers who stay at the same institution throughout their career tend to produce fewer, lower-impact articles than scientists who move to different institutions. The survey by Horta and his team goes further, illustrating that scientists whose careers are restricted to the institution where they earned their PhDs tend to have more conservative scientific agendas, anchored in incremental research. “The agendas of these scientists were 19.6% less focused on new discoveries than those of researchers who moved to other institutions, possibly because they lack the creativity, openness, and exposure to external knowledge flows needed to engage in bold and innovative projects,” says Horta. “These same researchers are also 14.6% less ambitious about getting to the top of their field and 15.4% less likely to engage in collaborative, multidisciplinary projects.”

The same seems to be true for researchers who have returned to their alma mater after spending time at other institutions. Horta and his collaborators found that they also tend to embrace scientific agendas that are less grounded in frontier topics and are less ambitious about reaching the top of their careers, “even though they are relatively more competitive, independent, and have better networking opportunities than their colleagues who remained at their home institution,” adds the researcher. Horta has been studying the impacts of academic mobility on scientific production for more than a decade. He explains that the results reflect a worldwide average trend, which can vary more or less depending on the country and how its higher education system works.

Low mobility is usually associated with a phenomenon known as academic endogeny, in which scientists and professors surround themselves with researchers they helped train. This is particularly common in developing countries, whose higher education systems are still under construction—which does not mean that countries with well-established systems are immune to the issue. “This dynamic is perpetuated as researchers go on to mentor new students, who are likely to work on similar research agendas as their advisor, and so on.” Horta points out, however, that this practice can be beneficial in the early formative stages of higher education systems, helping consolidate graduate programs. “It becomes problematic when perpetuated indefinitely.”

One of the pernicious effects of this phenomenon is stagnation of people and lack of new ideas, which can compromise the visibility of the work produced by these groups. Although the consequences of academic endogeny are well known, many countries still have a hard time mitigating this practice. This is because it tends to fuel a system in which, individually, everyone seems to benefit. “While helping consolidate power structures that favor senior researchers, academic endogeny also benefits PhD students, who know they will be hired by their alma mater upon graduation,” highlights the sociologist. “That may be good for individuals, but it hinders the advancement of science.”

To try to curb this problem, some nations have established regulatory mechanisms in order to encourage the mobility of their researchers. “In Germany, for example, the (Hausberufungsverbot) law prevents young scientists from being promoted to professors at the institutions where they got their PhDs, which forces them to move elsewhere,” points out sociologist and political scientist Simon Schwartzman, who studies the Brazilian scientific community. Schwartzman is also an associate researcher at the Institute for Economic Policy Studies in Rio de Janeiro. This measure made sure German researchers moved around both within and outside of the country, which resulted in the almost total elimination of endogeny in their universities. “In the case of Germany, promotions take place by moving around, not by staying in the same place.” In the United States, says Schwartzman, this dynamic has long been part of the country’s academic culture, “so American universities rarely hire researchers they trained themselves.”

Low academic mobility is a long-standing problem in Brazil, according to computer scientist Clodoveu Augusto Davis Junior, from the Institute of Exact Sciences at the Federal University of Minas Gerais (UFMG). He and his team got a glimpse of this phenomenon here by analyzing the geographic distribution of nearly 6,000 researchers linked to 101 National Institutes of Science and Technology (INCTs) in 2016. At the time, they found that only 20% of the researchers worked more than 500 kilometers (km) away from the institution where they began their academic career. Most had settled in jobs within 100 km of the university from which they graduated. This behavior was also observed among researchers who developed their postdoctoral research abroad: 81% of them returned to Brazil and settled in their home regions (see Pesquisa FAPESP issue nº 239). “We also observed a tendency among Brazilian researchers to return to the institutions where they obtained their undergraduate degrees—in the case of those who obtained their master’s and PhDs elsewhere,” says Davis Junior.

Schwartzman believes one of the factors that hinder the mobility of Brazilian researchers has to do with the public service hiring system, which guarantees scientists—hired as civil servants—a high level of stability in the institutions where they work. “Added to this are the rules of progression in the teaching career.” According to Law No. 12,772/2012, the entry-level job of Assistant Professor at a federal university is obtained through a public competition, which helps keep the researcher in one institution since the beginning of their career. To reach the position of full professor—the highest level of a university teaching career in Brazil—individuals must go through several other levels, and the progression between each level takes at least 24 months. “Because of this, many intermediate-level professors think twice before changing institutions, since they know they will have to start over at a new place,” explains sociologist Ana Maria Carneiro, a researcher at the Center for Public Policy Research at the University of Campinas (UNICAMP). To get around this problem and boost the hiring of more experienced professors, the 2012 law established the position of Associate Professor, allowing federal universities to hire professionals that have held a PhD for at least 10 years through new competitions. In the state universities of São Paulo, the competition for full professor is more flexible and accepts applicants from other institutions, as long as they meet the minimum requirements.

Political scientist Elizabeth Balbachevsky, a professor at the School of Philosophy, Languages and Literature, and Humanities at the University of São Paulo (FFLCH-USP), recognizes that there are loopholes that allow researchers to change institutions within the country throughout their career, but claims they have little impact on the mobility of Brazilian scientists. Balbachevsky believes this is due to Brazil’s academic culture itself. “The institutional design of most of our universities gives recognition and rewards—be they financial or related to prestige—to those who spend their career at the same institution. Public competitions for full professorship roles often have a single candidate: the oldest researcher in the department.” Balbachevsky states that, in these cases, competing alongside this candidate is seen as disrespectful to them. “This is not the case in nations like Germany and France,” she says. “The hiring of new professors at universities in those countries is aimed at individuals from other institutions and does not allow internal applicants. In such cases, attracting applicants from other areas is seen as prestigious.”

Balbachevsky states that this and other characteristics of the Brazilian scientific culture were shaped by values that are now incompatible with international academic dynamics. “In many Brazilian institutions, especially older and more traditional ones, endogeny is prized and associated with the idea of training disciples and forming schools of thought,” she points out. Younger institutions, however—those established since the 2000s—are not subject to this.

Teaching and research institutions are growing more and more concerned with globalizing their science and cooperating with international scientists, which helps mitigate low academic mobility. “Collaborating with international groups helps diversify the ways we think about scientific problems. At the same time, experiencing different academic cultures and networking with those with whom we share a common interest creates higher-impact research,” says sociologist Manolita Correia Lima, from the Business Administration Graduate Program at the Higher School of Advertising and Marketing (ESPM) in São Paulo.