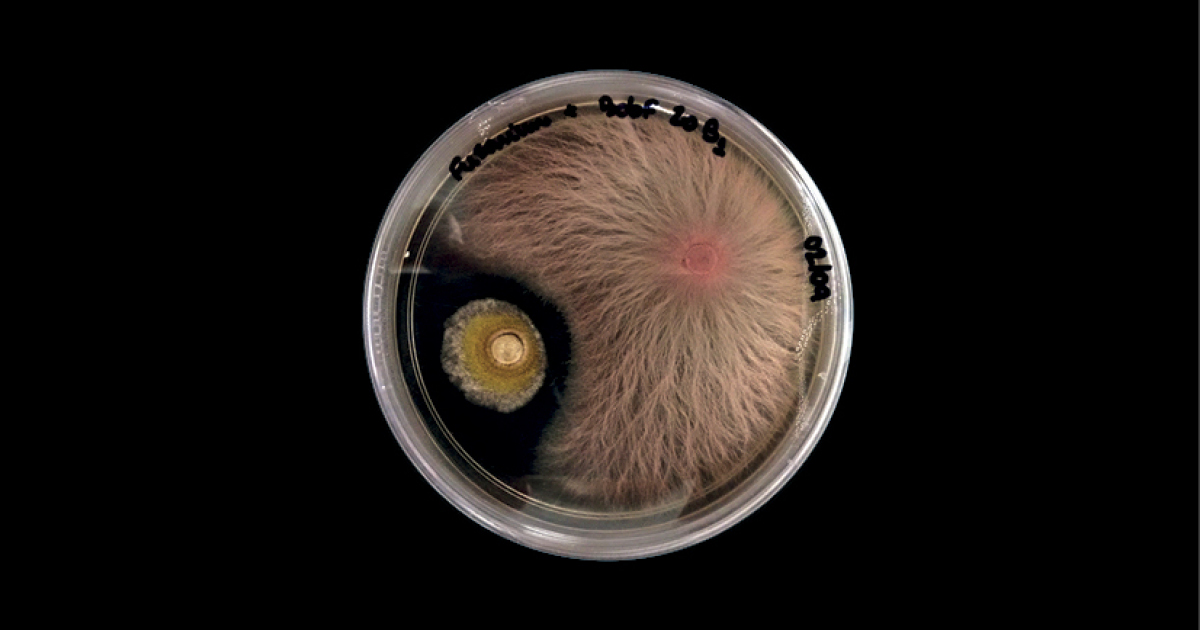 The yellow fungus in the photo, not yet described, was taken from the Baccharis oblongifolia plant, and is also found in about 60 other species. Cultivated alongside the Fusarium oxysporum fungus (in pink), which often attacks plants, it acted as a barrier and prevented the harmful fungus from occupying the entire Petri dish. Biologist Luiza Cheliz Rodrigues studies the properties of fungi that live in plants, the protection they offer against pathogens, and possible medicinal uses of the substances they produce.

Image submitted by Luiza Cheliz Rodrigues, a master’s student at the Institute of Biosciences of the University of São Paulo