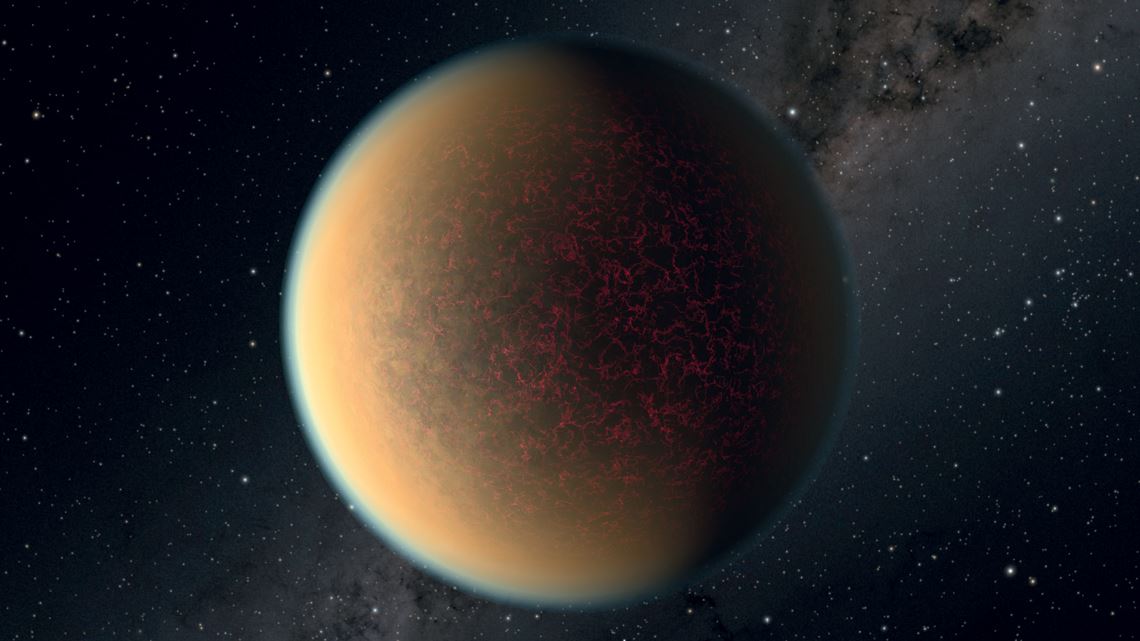 Artistic representation of planet GJ 1132 b

Data obtained by the Hubble Space Telescope suggest that an exoplanet (GJ 1132 b) was able to develop a new atmosphere after its original was lost. To understand the composition of its second atmosphere, a group led by Mark Swain, from NASA, performed computer simulations of the exoplanet’s evolution. Forty-one light years from our Solar System, GJ 1132 b is a rocky planet with a similar age, density, and size as Earth, but closer to its star than the Earth is to the Sun. The study, which involved two Brazilians from Mackenzie Presbyterian University— physicist Raissa Estrela and astrophysicist Adriana Valio—suggests that GJ 1132 b was born as a gas giant, slightly smaller than Neptune and covered by a dense atmosphere of hydrogen and helium (Astronomical Journal, in press). “Our calculations estimated that in addition to high radiation, stellar winds swept away the planet’s primordial atmosphere,” explains Valio, who supervised Estrela during her PhD. According to Estrela, the atmosphere of GJ 1132 b was regenerated by gases released from volcanic activity on its rocky surface.