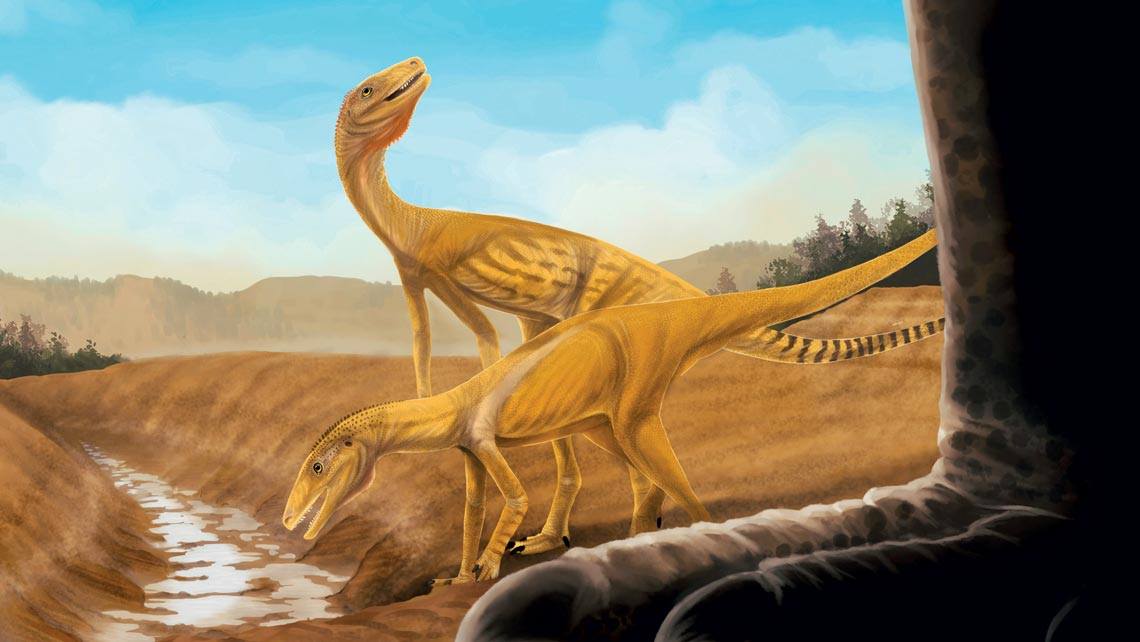 Artist's representation of the reptile, which lived 237 million years ago

An 11-centimeter right femur is all that remains of the oldest dinosaur precursor ever found in South America. The finding was described by two researchers from the Quarta Colônia Paleontological Research Center (CAPPA) at the Federal University of Santa Maria (UFSM) in Rio Grande do Sul. Discovered 60 kilometers from Santa Maria in the municipality of Dona Francisca, the fossilized bone was part of the thigh of a small reptile, probably bipedal, that lived approximately 237 million years ago (Gondwana Research, March 1). According to the paper, the fossil belonged to a dinosauromorph, a group of vertebrates that includes dinosaurs and other related reptiles, such as the silesauridae. The dimensions of the femur indicate that it belonged to an animal weighing between two and three kilograms and measuring roughly one meter in length. “The tail accounted for half of this total length,” says paleontologist and CAPPA director Rodrigo Temp Müller, one of the authors of the article.