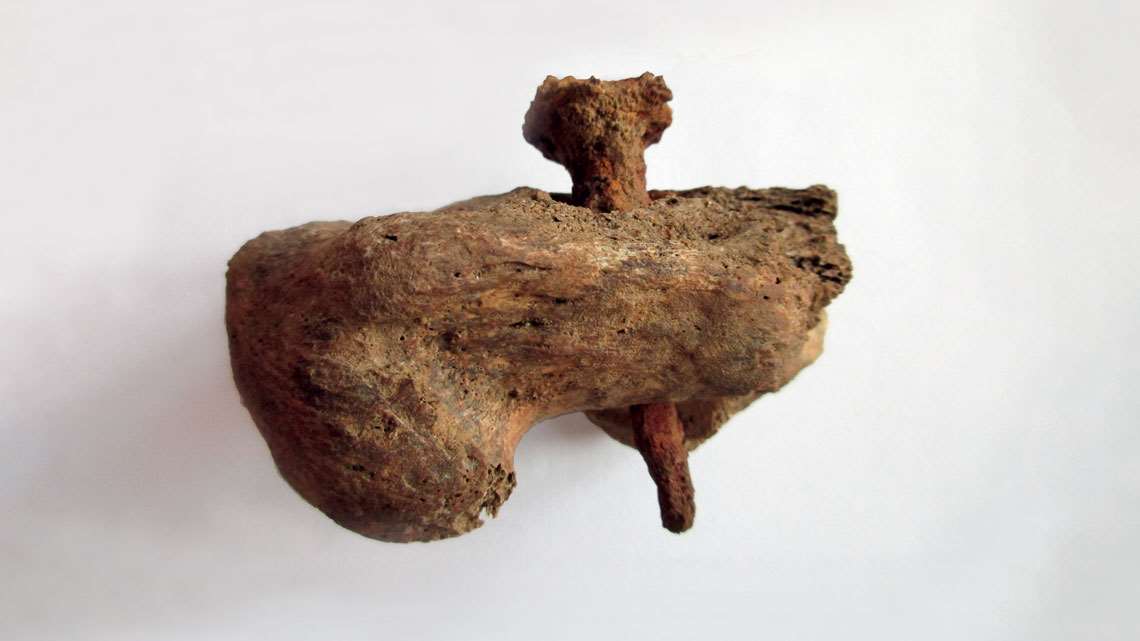 A nearly 2,000-year-old skeleton found in 2017 in the village of Fenstanton, near Cambridge, UK, offers possible evidence of a crucifixion—the fourth on record and the best preserved. The man, who died aged between 25 and 35, has a nail embedded in his right heel bone (calcaneus). The remains of the individual, named Skeleton 4926 by archaeologists, were found in a Roman cemetery excavated by Albion Archaeology on the site of a real estate development project. The man likely lived between the second and fourth centuries, and his remains tell the story of a miserable existence: decayed and missing teeth, bone lesions associated with malnutrition, and signs of inflammation or infection in the legs—an indication that he may have been bound or chained. His bones were found in a tomb surrounded by 12 nails. Only later was the thirteenth nail found, driven through the calcaneus. Archaeologists David Ingham from Albion and Corinne Duhig of Cambridge University say the most plausible explanation for the finding is a crucifixion (British Archaeology, January–February 2022).