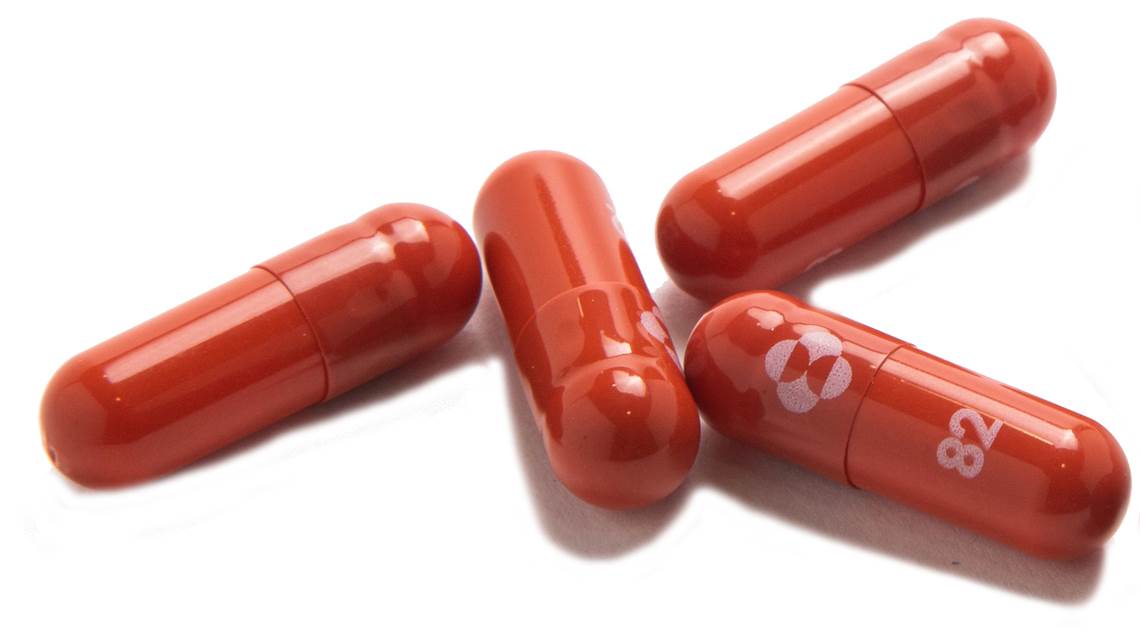 Multinational pharmaceutical company Merck, Sharp & Dohme (MSD) announced in early October that its antiviral molnupiravir reduced COVID-19’s hospitalization and death rate by nearly half in a phase 3 clinical trial of people with mild to moderate infections. In the group treated with the medication, the disease worsened and led to the hospitalization of 28 people (7.3% of 385 participants). The admission rate among the 377 individuals given a placebo was 14.1%. There were eight deaths in the latter group and none in the former. On October 11, MSD requested authorization for emergency use of the antiviral from the US Food and Drug Administration (FDA). The Oswaldo Cruz Foundation (FIOCRUZ) reported that it will coordinate Brazil’s participation in a study to assess the effectiveness of the compound at preventing SARS-CoV-2 infection and impeding transmission of the virus. It will be given to people who have been exposed to the virus but have not yet developed the disease. FIOCRUZ is also in negotiations about producing the drug in the country.