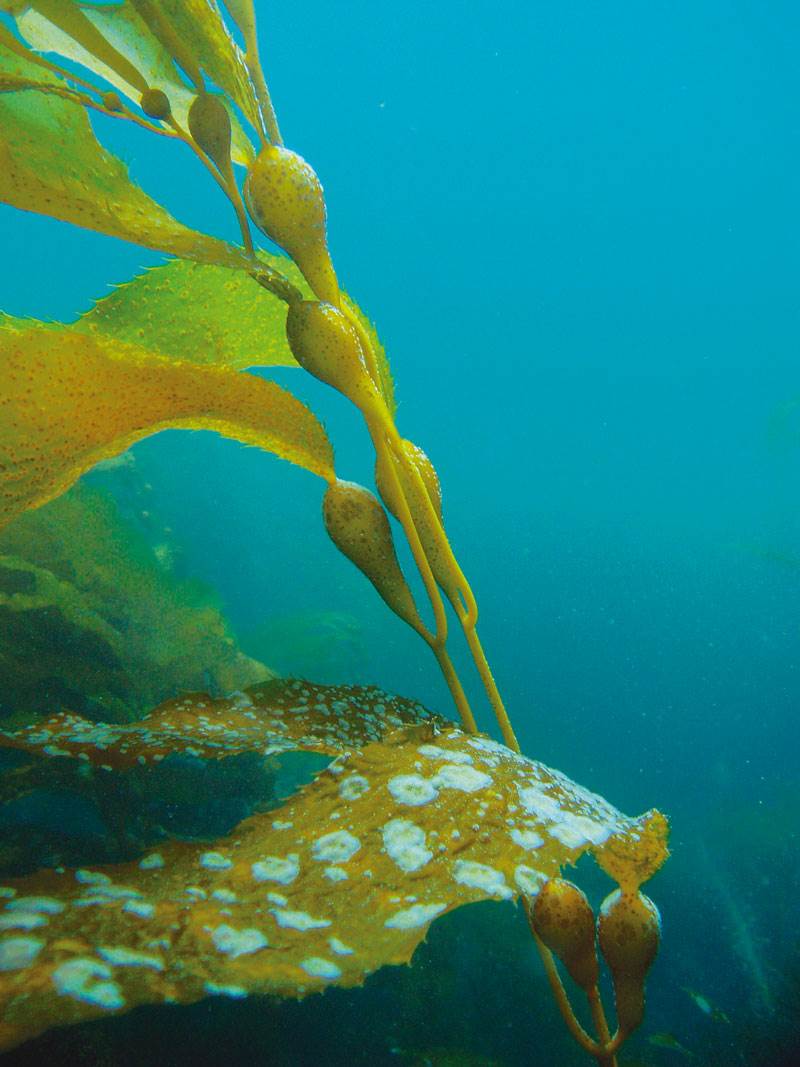 The southern coast of Chile appears to be a safe haven for giant kelp forests (Macrocystis pyrifera). With stalks up to 60 meters long, these algae form underwater forests in coastal waters of the Pacific and Atlantic oceans in regions with subtropical, temperate, and sub-Antarctic climates. All over the world these forests are shrinking, except off the coast of Chile, where they have remained stable for at least a century, according to Alejandra Mora-Soto, a Chilean marine geographer currently on a postdoctoral fellowship at the University of Victoria in Canada. In a previous study, she compared satellite images of the distribution of these algae with old nautical charts, including from when Charles Darwin was in the region, and found that there have been almost no changes. Mora-Soto and her colleagues attribute the survival of these forests to the absence of marine heatwaves in the region. The group analyzed sea temperatures along 1,300 kilometers of Chilean coastline between 1982 and 2020 and found that the kelp forests have not experienced any marine heatwaves since 1984. In fact, they actually experienced more cold currents between 2014 and 2019—possibly due to melting ice in the region (Journal of Geophysical Research – Oceans, June 2).