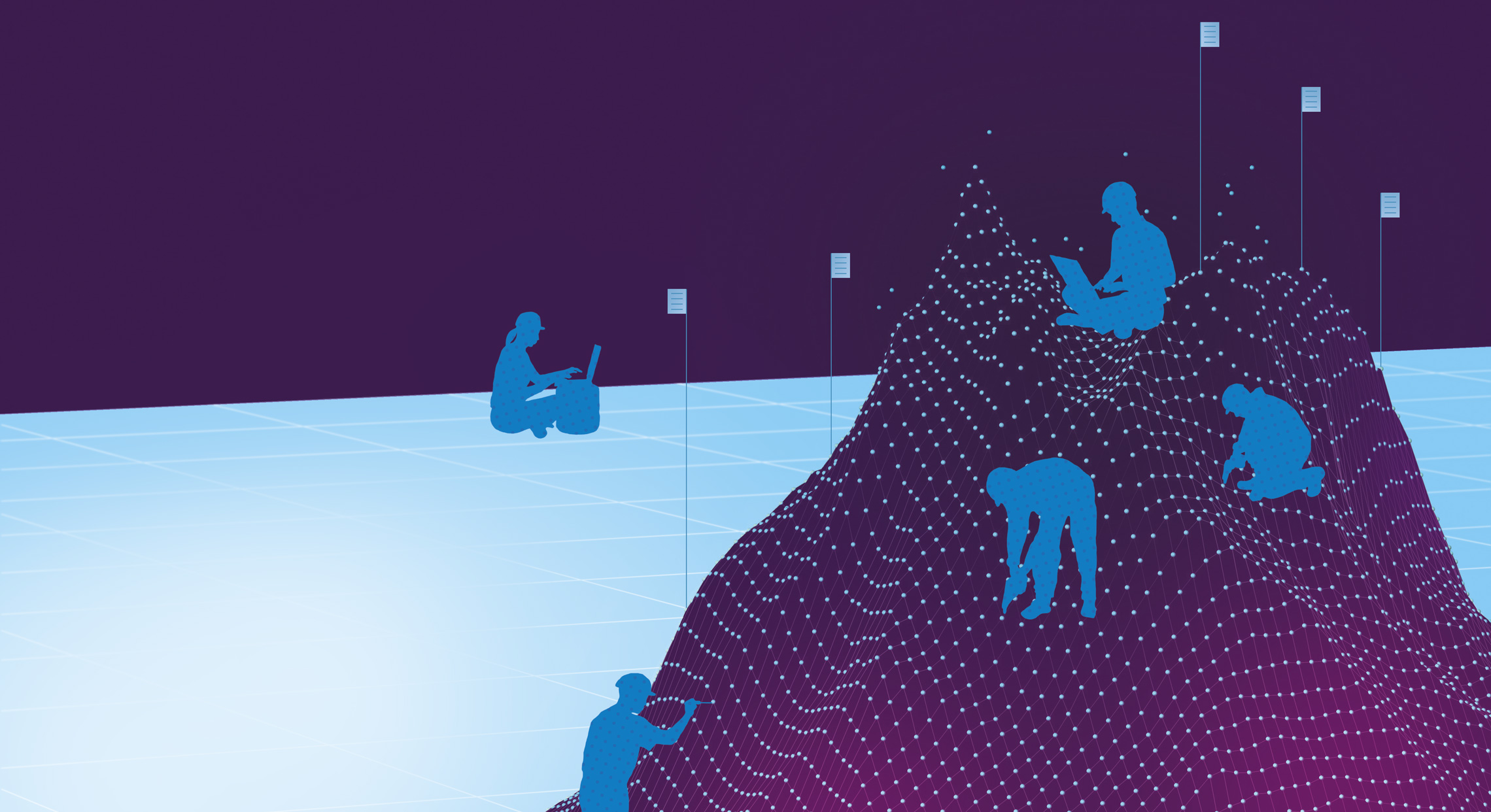 The Lattes Platform, a database that contains the curricula vitae of more than five million researchers and students throughout Brazil, is going through a modernization process through the end of the year in order to correct issues with updating its information. It’s also scheduled to be integrated with ORCID (an acronym for Open Researcher and Contributor ID), a 16-digit digital signature used in the academic world to unequivocally identify authors of scientific papers (see Pesquisa FAPESP issue no. 238). One of the goals is to improve the quality of information regarding the careers and contributions of every researcher in the system, by automating data collection from the scientific articles indexed in databases such as Web of Science and Scopus, which already have partnerships with ORCID. The redesign seeks to make updating CVs faster and more user-friendly than it is today, according to Mario Neto Borges, president of the National Council for Scientific and Technological Development (CNPq), in a June interview with Science Direct.

Confidence in the information is currently based on self-management mechanisms, i.e. the researchers providing the data are responsible for its veracity and can be punished if they falsify them. “CNPq has a committee that analyzes complaints of fraud and establishes recommendations,” explains José Ricardo de Santana, director of institutional cooperation at CNPq. Synchronization with ORCID will refine the certification of user data by automatically crosschecking it with identifiers such as the Digital Object Identifier (DOI), in the case of articles, and the International Standard Name Identifier (ISNI), for institutions. “After the change, it won’t be possible to link researchers to institutions which they aren’t associated with, or mistakenly identify someone as the author of an article,” notes Santana. The idea being that in the future this type of information will automatically be updated in the CVs.

In order for the integration with ORCID to benefit Lattes, it will be important for all the teaching and research institutions in the country to collaborate. The first step was taken in December 2017, with the launch of a consortium including ORCID, the CNPq, the Federal Agency for Support and Evaluation of Graduate Education (CAPES), the electronic library SciELO, the Brazilian Institute of Information in Science and Technology (IBICT), and the National Council of State Research Funding Agencies (CONFAP). “The ORCID interface allows bridges to be created between different information systems, allowing them to operate together and recognize one another’s data,” explains Ana Heredia, coordinator of the ORCID nonprofit organization in Latin America.

She notes that more than 120,000 Brazilian researchers already have their own unique digital signature, and Brazil ranks sixth among nations that most use the identifier. It’s expected that the integration will reduce the need to re-enter data into various systems, giving researchers’ production more visibility. “A foreigner who accesses the profile of a Brazilian author on the ORCID website may obtain data from Lattes that aren’t necessarily indexed on other international databases, such as chapters of books they’ve written, theses and dissertations, and information regarding their participation on exam boards,” explains Heredia.

Conceived at the end of the last century as a national databank of academic CVs, the Lattes platform quickly became a daily reference for universities and funding agencies. “Before Lattes, it was difficult to obtain reliable information about researchers’ qualifications, such as where they graduated and how many students they’d taught,” recalls biochemist Hernan Chaimovich, a professor at the Institute of Chemistry at the University of São Paulo (IQ-USP), and president of CNPq from 2015 to 2016. Since the 1980s, CNPq has had at least three databases, periodically updated with information on researchers’ production. The expansion of the internet and widespread use of the Windows operating system in the academic environment in the late 90s made it feasible to create a single form for recording the academic data of students, teachers, and scientists. The project, coordinated by engineer Evando Mirra (1943–2018), then president of CNPq, brought together technicians from CNPq, the Multisoft company, and two groups: Stela, linked to the Federal University of Santa Catarina, and Cesar, from the Federal University of Pernambuco, who developed a type of CV that integrated the existing versions.

The widespread use of the tool led to its technology being adopted in 2002 by an international network that brings together various sources of data on science and technology, the ScienTI Network. In 2008, the Brazilian model was the basis for the creation of a Portuguese version of Lattes, named Plataforma DeGóis, maintained by the Foundation for Science and Technology (FCT), an agency of the Portuguese government. Ten years later, Plataforma DeGóis is being replaced by a more modern system, the Ciência Vitae. “The new platform will be central to the ecosystem of science and technology, serving as a tool for accomplishing any administrative function which uses CVs,” explains João Mendes Moreira, who heads the scientific information section of ​​the computing sciences department at FCT. “It’s intended to contribute to administrative modernization and reduce the bureaucratic workload on researchers,” he adds.

The need to modernize the platform doesn’t mean that it’s obsolete, observes computer scientist Roberto Marcondes Cesar Junior, a researcher at the Institute of Mathematics and Statistics at USP. “This is a valuable database that meets Brazil’s needs very well,” he says. Data collected from Lattes is used by CAPES to evaluate postgraduate programs. Funding agencies also use the tool to generate reports and assess researchers submitting projects. Recently, the Brazilian Ministry of Planning has begun to use Lattes to create a Talent Bank of public servants, with the purpose of listing their individual qualifications and selecting employees appropriate for specific tasks.

Marcondes also highlights the role of CVs as a source of information for researchers seeking data on Brazilian science. “Since Brazil is the only country with a platform that actively records the work of its entire scientific community, it’s possible to study phenomena and trends using these data,” he says. Computer scientists have begun to use the huge mass of CV information to extract data and test new algorithms. Notable among the studies already produced are original analyses on the mobility of Brazilian researchers, and the creation of genealogical trees from different fields of knowledge.

USP researcher Marcondes was one of the creators of scriptLattes, an open-source software tool developed in 2005. It will automatically generate scientific production reports, for example, with information on collaboration and coauthorship networks among members of research groups. For Marcondes, the discussion on modernization should include proposals to facilitate access to this data. “A restrictive policy instituted in 2015 has been detrimental to researchers who use Lattes for analysis.” Until April 2015, the CVs were freely available for consultation and data collection. As of that date, CNPq started to use a verification system that uses CAPTCHA, which requires typing a security code to access the CVs. “This system was adopted to avoid automatic data extraction and minimize problems related to information security and overloads, which would cause slowness and drops in service,” explains José Ricardo de Santana, from CNPq. A petition was created to pressure the federal agency to reverse the decision, without success. “The restriction makes it difficult to produce new studies on Brazilian science, although computer scientists are creating ways to overcome this barrier,” says Cesar.

Rogério Mugnaini, a professor at the School of Communications and Arts at USP (ECA-USP), who has used the CV database for research, maintains that information on scientific publications contained on the platform could be combined with data from national and international sources to generate more reliable indicators for evaluating the Brazilian scientific community’s production. “In the bibliographical references of the CVs there’s information about scientific production in journals, as well as theses, books, and other documents, that isn’t indexed in the databases of traditional journals,” he points out. He also believes the platform could benefit from social media functionality, as in the case of resources that allow users to interact with and share files, such as ResearchGate and Mendeley. “As it stands, it only functions as an online curriculum vitae,” Mugnaini points out. “By incorporating social media capabilities, Lattes would foster partnerships and would be able to provide instant access to scientific information.”

Marcondes suggests caution in expanding the scope of Lattes. “Because it occupies a prominent place in the national science and technology system, I don’t think the platform should compete with social media, unless they start being used more in evaluations of scientific production,” he notes. Such changes are under consideration, but won’t occur anytime soon. “Functions such as the exchange of instant messages between researchers would be interesting, but they’re still at a preliminary stage in the modernization plan,” cautions José Ricardo Santana of the CNPq.