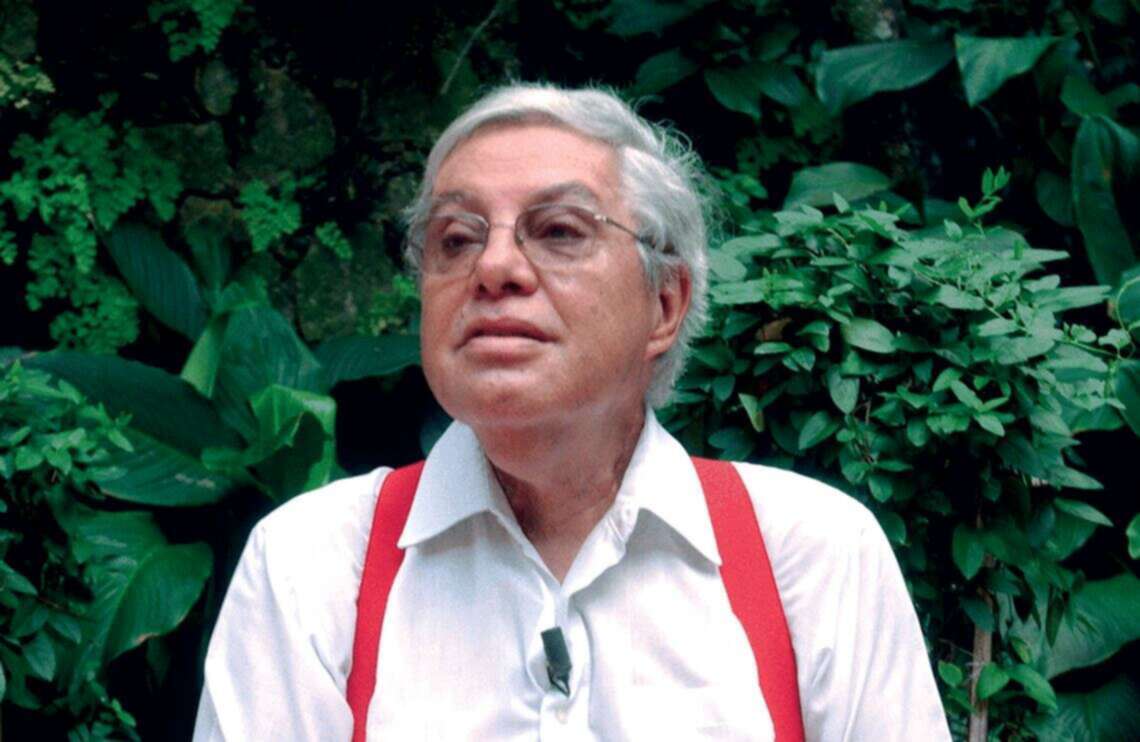 Economist Carlos Lessa in his garden in Rio de Janeiro, 2007

Rio de Janeiro economist Carlos Lessa, a professor emeritus at the Federal University of Rio de Janeiro (UFRJ) and former president of the Brazilian Development Bank (BNDES), died of COVID-19–related complications on June 5, at 83 years of age. From the early 1960s, alongside economists from Rio de Janeiro, such as Antonio Barros de Castro (1938–2011) and Maria da Conceição Tavares, Carlos Lessa helped disseminate the 1950s concepts of development from the Economic Commission for Latin America and the Caribbean (ECLAC) and adapt them to Brazil’s reality. Among other strategies, they focused on industrialization to overcome inequalities and foreign dependency and highlighted the role of the State in this process.

In addition to teaching at UFRJ, Lessa taught courses for ECLAC during the 1960s. In Brazil, he was a professor at the University of Campinas (UNICAMP) during the 1970s and 1980s—at that time, he joined other economists as advisor to congressman Ulysses Guimarães, president of the Brazilian Democratic Movement Party (PMDB), which opposed the military government and of which Lessa was a member. In 2002, he became dean of UFRJ, but left the position a few months later to take over as president of the BNDES.

His students describe him as a highly educated intellectual and a friendly and challenging teacher in the classroom. “He had a multidisciplinary mind and, despite being an economist, he would go on great sociological tangents both in his classes and in conversation. He thought about politics all the time,” recalls Ricardo Bielschowsky, a professor at the UFRJ Institute of Economics. In a 2010 article published in Revista de Economia Contemporânea (Journal of Contemporary Economics), economist Fábio Sá Earp, also a professor at UFRJ, explains that Lessa’s intellectual trajectory, politics, and public and private management careers merged in a way that was unusual for a university professor. “As a result of his diverse experiences, Lessa’s most significant contributions to the political and economic debate in Brazil were not through written work, but through his classes and the thousands of lectures he gave since the 1960s,” wrote Sá Earp. “It can be hard to understand today the importance of conferences in a world without the internet, when part of the information available was censored and public meetings were permeated by a fear of repression.”

Lessa’s academic writings were mainly on Brazil’s economic policies, especially its process of industrialization and development, and have influenced generations of economists over the past five decades. In 1964, he produced a report for ECLAC on post-war industrialization in Brazil and the government’s strategies during that period, which included the establishment of Petrobras and the then-called BNDE—and, above all, President Juscelino Kubitschek’s (1956–1960) Plano de Metas (Goals Plan). Mimeographed copies of the report, called “Quinze anos de política econômica” (Fifteen years of economic policy), circulated for years among researchers and economics students until it was finally released as a book in 1981. Lessa would later return to the topic for his PhD thesis, “O conceito de política econômica: Ciência e/ou ideologia?” (The concept of economic policy: Science and/or ideology?), defended at UNICAMP in 1976 and advised by Jorge Miglioli. He also analyzed the economic policies of the Ernesto Geisel administration (1974–1979), particularly the National Development Plan II, in a 1978 paper he presented at UFRJ while competing for the job of full professor: “A estratégia de desenvolvimento 1974–1976: Sonho e fracasso” (The 1974–1979 development strategy: Dream and failure), also published as a book.

According to economist Júlio Gomes de Almeida, who was advised by Lessa for his master’s degree at UNICAMP and later became his colleague at the UFRJ Institute of Economics, Lessa’s concept of economic policy was quite comprehensive. “He did not separate economic policy from development policy. He understood economic policy not only as actions relating to interest rates or fiscal policy, but as a set of strategies that can drive the country and promote development in areas such as education, technology, and industrial policy,” he explains. In 1974, as the master’s program in economics was established at UNICAMP, Lessa and Maria da Conceição Tavares joined the faculty, taking over the Brazilian Economics course. “They took turns, but occasionally they would share the classroom—a priceless experience for the students,” shares economist Francisco Lopreato, a professor at UNICAMP’s Institute of Economics, who was in the second class of the master’s program and was also advised by Lessa.

Another book of Lessa’s became required reading for economics students. Written with Antonio Barros de Castro, Introdução à economia – Uma abordagem estruturalista (Introduction to economics – A structuralist approach] is in its 38th edition and was based on the material developed for the ECLAC economic development courses in the early 1960s. It is a rare example of a Brazilian economics book that managed to rival the classic The Economic Growth of Brazil, by Celso Furtado, in terms of issues—the latter is in its 35th edition.

Carlos Francisco Teodoro Machado Ribeiro de Lessa was born into Rio’s intellectual elite—his father was doctor and bibliophile Clado Ribeiro de Lessa. He went to the traditional school Colégio Padre Antônio Vieira and obtained his degree in economics from the University of Brazil, which later became UFRJ. “Lessa’s teachers, despite belonging to a more traditional and conservative school of economics, greatly influenced his education. He particularly enjoyed the lectures of Francisco San Tiago Dantas [1911–1964]. Roberto Campos [1917–2001], Octávio Gouvêa de Bulhões [1906–1990], and Eugênio Gudin [1886–1986] were other economists of his time that were influential to him,” says Gomes de Almeida. After obtaining his undergraduate degree in economics, he began working on his master’s degree in economic analysis and started teaching future diplomats at the Rio Branco Institute. His most significant influence, however, was Celso Furtado: He described his reading of The Economic Growth of Brazil as “a ray of light in my life.” “At that time, he dove deeper into iconic writers of other schools, such as [Joseph] Schumpeter, [John Maynard] Keynes, and [Karl] Marx, who helped shape his deep and complex knowledge of economics,” adds Gomes de Almeida.

The saga of the city of Rio, in economic decline ever since it ceased to be the capital of Brazil, became one of the objects of study of Carlos Lessa

A fond memory
In addition to teaching courses at ECLAC, he also worked at the Rio de Janeiro Commission office. “Economist Aníbal Pinto, head of the office, would fondly recall complaining about the noise in the next room, where three young economists were loudly discussing the future of Brazil. They were Lessa, Conceição Tavares, and Barros de Castro,” shares Ricardo Bielschowsky. After the 1964 military coup, he began working in Latin American teaching and research institutions. From 1965 to 1968, he split his time between Chile, Nicaragua, and El Salvador, teaching at the Latin American and Caribbean Institute for Economic and Social Planning (ILPES), associated with the United Nations. He also joined the Inter-American Center for Training in Public Administration and worked in Buenos Aires and Caracas. He returned to Brazil in 1969 and became a professor at the Institute of Public Administration Studies at Getulio Vargas Foundation in Rio de Janeiro, where he remained until 1973. The following year, he was hired at UNICAMP, to which he remained connected until 1994. He also became a professor at UFRJ in 1978.

In addition to his academic activity, he was very vocal in the public debate. Gomes de Almeida recalls that, during the late 1970s and early 1980s, he and Lessa worked together on an initiative of the Institute of Economists of Rio de Janeiro. “We brought together economists from all schools of thought with the goal of questioning the economic policy of the military dictatorship. We gave many courses and lectures to professional associations, press associations, trade unions—and we also taught courses in other universities, discussing ways to encourage the questioning of economic policies during the military period. Lessa was responsible for that,” he recalls. Upon joining PMDB at the end of the military dictatorship, he was invited to hold public office after the reinstatement of democracy. He was director of the Social Investment Fund (FINSOCIAL) at BNDES from 1985 to 1988. His tenure as president of the BNDES, from 2003 to 2004, was marked by a return to the role of the bank in fostering development and by clashes with the then Minister of Finance, Antonio Palocci.

He always remained connected to Rio de Janeiro, which became one of his objects of study. In 2000, he wrote the book Rio de todos os Brasis (Rio of all Brazils), where he discusses the saga of the city that experienced economic decline ever since it ceased to be the capital of Brazil, despite remaining a national symbol. He ran for congress as a PMDB candidate in Rio de Janeiro in 1982 but failed to be elected. Between 1993 and 1995, during Cesar Maia’s first term as mayor of Rio, Lessa was executive director of the Strategic Plan for the City of Rio de Janeiro. During his short stint as dean of UFRJ, he established a Carnaval group that still exists today, named Minerva Assanhada [Naughty Minerva]. In 2012, he bought a ruined mansion in the Catete neighborhood and converted it into a concert hall. His last book was Enciclopédia da brasilidade: Autoestima em verde-amarelo (Encyclopedia of Brazilian-ness: Self-Esteem in green and yellow) (2005). Lessa is survived by three children and grandchildren.