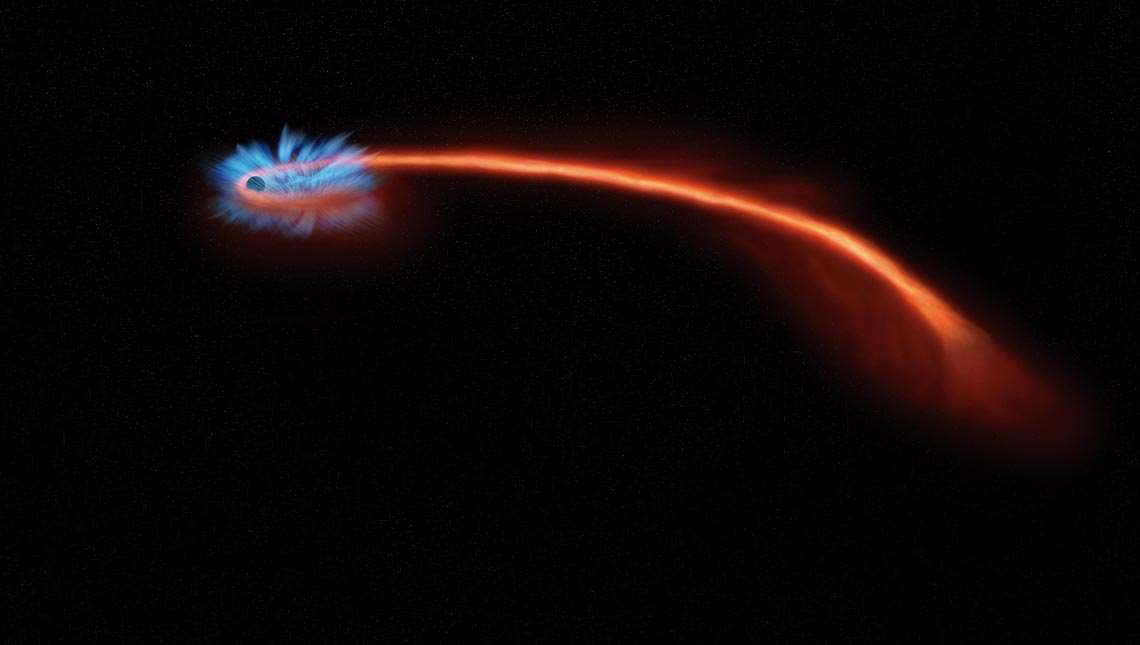 In late 2019, astrophysicists witnessed a star being ripped apart after nearing a black hole with one million times its mass. It took place 215 million light-years away from Earth, which is closer than any such event has been recorded before. The gravitational pull of the black hole was so intense that it stretched the star out like spaghetti. Luckily, the light released by the matter as it spiraled at high speeds around the black hole was intense enough that scientists were able to observe it from Earth. By analyzing the properties of this light, scientists at the University of California, Berkeley, found that most of the stellar material was not swallowed by the black hole—it was actually blown away by powerful winds, forming a spherical gas cloud (Monthly Notices of the Royal Astronomical Society, June 22). “This is the first time anyone has deduced the shape of the gas cloud around a spaghettified star,” said Alex Filippenko, coauthor of the study, in a press release. The cloud blocked some of the more energetic radiation produced in the event, known as AT2019qiz.