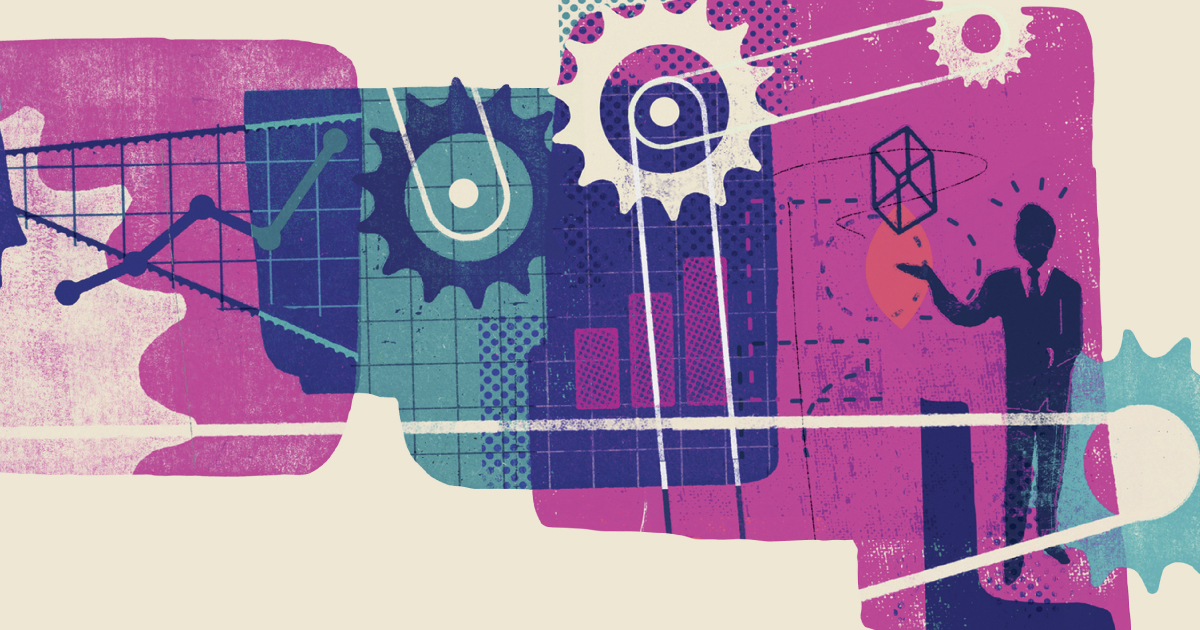 The 2014 edition of the Survey of Technological Innovation (PINTEC), published on December 9, 2016 by the Brazilian Institute of Geography and Statistics (IBGE), shows that the results of technological innovation efforts by Brazilian companies between 2012 and 2014 remained stable in relation to the preceding three-year period. Of the 132,529 public and private Brazilian companies surveyed in the industrial, selected services and electricity and gas sectors, 36% had introduced or improved products or made innovations in their processes. This percentage, which reflects the so-called overall innovation rate, was slightly higher than the 35.7% recorded in the previous edition of the research study, which evaluated companies during the three-year period of 2009-2011. The latest level remains below the 38.6% obtained in the survey conducted for 2006-2008.

While the innovation rate remained stable, other indicators reveal an increase in the number of obstacles in the path of innovation during the period studied by the survey, especially in the industrial sector, which accounts for 90% of the sample evaluated by the PINTEC. Industries invested 2.12% of their net sales revenue in innovative activities during the period, the lowest level ever recorded in the historical series of the survey. The 2011 rate was 2.37%, and the 2008 rate was 2.54%. These percentages include investment in internal research and development (R&D), acquisition of external know-how, software, machinery and equipment, training, introductions of market innovations, and industrial projects. “Industry was the sector that most strongly reflected the crisis, and the companies’ attitude was merely reactive, focusing primarily on innovation in processes rather than products,” says economist Alessandro Pinheiro, manager of the PINTEC.

In comparison, selected companies in the services sector increased their investment in innovative activities as a percentage of net sales revenue from 4.96% in 2011 to 7.81% in 2014. However, among electricity and gas companies, although the law requires them to invest in R&D, there was a decline in such investment, from 1.28% in 2011 to 0.57% in 2014. “Since the historical data series on electricity and gas companies is much shorter than the series for industries, it is best to await upcoming editions of the survey before assessing long-term trends,” says David Kupfer, a professor at the Economics Institute of the Federal University of Rio de Janeiro (UFRJ) and coordinator of the university’s Industry and Competitiveness Group.

Despite the reduction in investment, the innovation rate in the industrial sector rose from 35.6% in 2011 to 36.4% in 2014. In that universe, 18.2% of firms innovated only in processes, 3.8% innovated only in products, and 14.5% innovated in both products and processes. Some specific areas stood out. Among extractive industries, the percentage of innovative companies rose from 18.9% to 42% between the two surveys. In the case of manufacturing, this percentage increased from 35.9% in 2011 to 36.3% in 2014, but performance varied significantly among subsectors. In the automobile industry, the innovation rate rose from 29.1% in 2011 to 39.1% in 2014, while the chemical industry saw a decline from 59.1% to 49.6%.

“Innovation in Brazil moved sideways during this period,” says David Kupfer. “I was surprised that we did not see a decline. The years from 2012 to 2014 were not years of visible crisis, but respondents were answering the questionnaires in 2015, during a rather pessimistic period, the effect of which is likely to be reflected even more sharply in the next survey.” Kupfer observes, however, that some analysts were expecting more robust results. “Brazilian business was coming out of a period of intense mobilization for the sake of innovation. Expenditures on R&D had been rising in several fields,” he states.

Economist André Tosi Furtado, a professor in the Department of Science and Technology Policy at the Institute of Geosciences at the University of Campinas (IG-Unicamp), calls attention to the trend in a specific indicator used to measure industry’s technological effort: the share of a company’s net sales revenue represented by expenditures on internal R&D activities. “An intensification of internal R&D is evidence of the most noble and creative efforts in innovation, but that indicator did not perform well in the industrial sector in 2014. In periods of crisis, companies tend to focus on short-term results and curtail their investments; that seems to have happened with industry, which has been shrinking in terms of Brazilian GDP,” he says.

Both in sectors associated with the production of commodities and in those involved in supplying the market, internal R&D investment fell compared with the previous PINTEC, observes Furtado. In manufacturing as a whole, the indicator fell from 0.72% in 2011 to 0.68% in 2014. In some subsectors, the decline was modest. In the case of the automobile industry, despite government stimulus programs, such as Inovar Auto, it fell from 1.28% to 1.1%. In two sectors dominated by large companies that maintain well-structured R&D teams, the figures indicate a more accentuated reduction. In the cleaning products and cosmetics industry, R&D fell from 3.68% in 2011 to 1.1% in 2014, and in the home appliances sector, the drop was from 7% to 1.63%.

“These are not good omens. The retraction occurred in sectors that had been making progress in terms of intensification of R&D, such as pharmaceuticals and others that are vital to the R&D effort in Brazil, such as chemicals and oil,” says Furtado. Despite the bad news, the economist warns that one should not underestimate the ability of Brazilian companies to push back. “This country is still a considerable force in R&D, despite everything people are saying. When we compare ourselves with our neighbors and competitors in Latin America, like Argentina, Chile, or Mexico, we can see that those countries are making much less effort in terms of industrial R&D. I believe our efforts will continue, despite the downturn recorded in the latest PINTEC.”

The survey points to a change in the composition of investments in innovation in the industrial sector. There has been an expansion of company purchases of R&D from outside sources, i.e., R&D activities conducted by scientific and technological institutions or other companies. “It seems to be a sign that the so-called ‘open innovation’ is a strategy that companies see as having potential because of the possibility of joining efforts and sharing risks,” concludes Luciana Hashiba, director of the Brazilian Association for Research and Development of Innovative Companies (ANPEI), referring to the process of innovation based on an external network of partners, which may include universities, nearby partners or partners from other countries, suppliers, and even competitors and customers. “We recently held a workshop at ANPEI and noted that various companies believe it is important to work within a network,” she says.

That trend is more visible in sectors such as cosmetics, where external purchases of R&D rose from 0.07% of net sales revenue in 2011 to 0.51% in 2014. “The search for outside sources is proof of the strategy adopted by companies to survive adverse conditions, but we know that you can’t subcontract all of your R&D. What is acquired elsewhere must be complemented by internal R&D in order for a company to effectively appropriate it,” Unicamp’s André Furtado emphasizes.

Another important finding was the increase in the proportion of surveyed companies that had benefited from some kind of government incentive to innovate. The rate was 40%, compared with 34.2% in the previous survey. In the industries group, the percentage has been trending upward in the last three surveys, going from 22.8% between 2006 and 2008 to 34.6% between 2009 and 2011, and has now reached 40.4%. “It is reasonable to presume that government support was one of the factors that contributed to stability in the innovation rate,” says Alessandro Pinheiro, of the PINTEC.

The increase in the percentage of companies that declared they had received government assistance does not mean, however, that the volume of funds invested has risen. According to a survey by the Federation of Industries of the State of São Paulo (FIESP), investment in R&D by companies that benefitted from the so-called “Lei do Bem,” a set of tax incentives for R&D to boost innovation enacted in 2005, amounted to R$6 billion in 2012, R$9 billion in 2013, and R$9.9 billion in 2014, a level lower than that observed in 2008, when it was R$12.4 billion. “One thing is the percentage of companies that declared they had received support. The amount and form of that aid are something else. For example, the number of companies that used the “Lei do Bem” went up, but direct support via subsidies declined,” says economist Carlos Américo Pacheco, Chief Executive Officer of the FAPESP Executive Board.

Luciana Hashiba of ANPEI notes that although government assistance programs are becoming more sophisticated, companies still have trouble using those tools. “Access is easier for large companies, and there are also tools for micro-enterprises, but small companies that are transitioning to medium-sized still have problems obtaining support because of the guarantees that are required,” she says, “A culture of innovation is created over the medium and long term. What we need to know is to what extent macroeconomic risk will be reflected in the companies’ predisposition to innovate and whether they will manage to regain their appetite for risk-taking.”

Financing for purchases of machinery and equipment was the main form of government support employed; it was obtained by 29.9% of innovative companies, 4.3% more than in the previous three-year period. Tax incentives for R&D and technological innovation that were available under the “Lei do Bem” were used by 3.5% of innovative companies, compared with 2.7% in the earlier survey. Government purchases of innovative products benefited 2% of the companies that innovated—in the industrial sector, that percentage was 1.4%. This was the first time that the PINTEC assessed the impact of government purchasing programs on Brazilian companies.

The electricity and gas sector was one of the most affected during the period analyzed by the PINTEC. Innovative companies in that sector represented 44.1% of the total surveyed in 2011 but only 29.2% in 2014. In the services sector, the performance of telecommunications services firms was big news in 2014. R&D investments in telecommunications jumped from just over R$1.1 billion in 2011 to approximately R$4.2 billion in 2014. “Investment in telecommunications services peaked in 2014. This was justified by the installation of new technologies and major events like the World Cup,” says Alessandro Pinheiro. “The volume of investments was enormous, and although the services sector in general is given relatively little weight in the PINTEC, it can be said that it helped sustain overall performance.” In telecommunications services, expenditures on innovative activities as a percentage of net sales revenue rose from 3.66% in 2011 to 9.99% in 2014. “It is important to note that this growth took place in purchases of external R&D, i.e., these are telecommunications service companies buying research and know-how from other companies, universities, or research institutions,” according to a technical note about PINTEC 2014, published by the Institute for Applied Economic Research (IPEA) and organized by economist Fernanda de Negri and her colleagues.