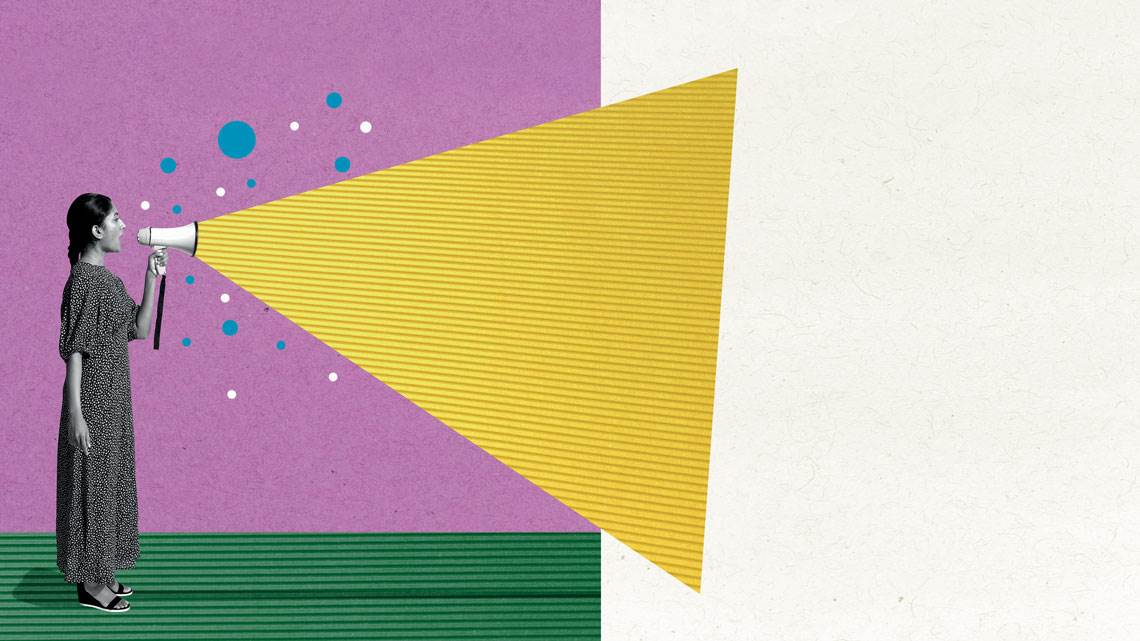 We Are / Getty Images

The concept of an academic résumé is changing and could soon do away entirely with the familiar lists of published articles, names of supervised students, and awards won. The trend is toward them becoming less exhaustive and more focused on the person’s most important contributions and professional qualities, including those not measured by traditional performance indicators. Last December, UK Research and Innovation (UKRI), the country’s national funding agency for science and research, announced that they were adopting a new synopsis format for scientists submitting proposals or applying for funds, called the Résumé for Research and Innovation (R4RI).

The R4RI is inspired by a model proposed three years ago by the UK’s national academy of sciences: the Royal Society. The new format requires researchers to describe their scientific contribution in four different areas. The first is the generation of knowledge, which includes new ideas and hypotheses, how they were tested and shared with the public, and the funding they received. This section should be used to list a short selection of significant research results in the form of articles, patents, software, educational or commercial products, open data collections, or others.

The second area is the researcher’s contributions to the development of students and colleagues, such as teaching work, mentoring and supervision, collaborations, data sharing, and recognized leadership skills. The third relates to contributions to the scientific community through peer-review activities, participation in researcher or project-review panels, or even through efforts to disseminate and promote concepts of scientific integrity. The fourth and final area covers the author’s contribution to society at large, including interactions with the private sector, advising the authorities, consulting on public policies, and the dissemination of scientific results in the press or social media. “A researcher might include some indicators in their narratives, but the overall approach is descriptive, not quantitative,” explained Elizabeth Gadd, research policy manager at Loughborough University in the UK, in an article published on the London School of Economics and Political Science blog. “It’s not an easy task to write narrative résumés, nor to assess them. However, they provide a much richer, more nuanced picture of an individual scholar’s contribution, which should lead to recognizing and rewarding a much broader range of scholarly activity than is currently the case.”

Other nations in Europe have also engaged in this kind of change. In 2021, the Luxembourg National Research Fund adopted a narrative résumé model for scientists seeking funding, which according to its guidelines, seeks to “allow an applicant to be more fairly evaluated on their scientific vision, relevant experience, and a broader set of contributions to science and society, instead of solely metrics, journal names, and other information that does not fully represent the potential of a researcher.” Another objective, according to the agency, is to “level the playing field” for candidates at different career levels. Since an individual can only report a limited number of contributions, young researchers are able to compete for resources with veterans with much more extensive scientific output.

The Netherlands is renowned—at times attracting controversy—for its experience with narrative résumés. Since 2019, the Dutch Research Council (NWO) has rejected long lists of published articles submitted by researchers applying for funding. Instead, applicants are challenged to list no more than 10 papers, accompanied by a description of why they consider them important.

Higher education institutions have joined this effort in their internal assessment processes—the most extreme case is Utrecht University, which no longer takes bibliometric indicators into account when hiring and promoting professors, instead placing the emphasis on other types of contribution, some of them subjective in nature, such as contributing to the personal development of students and colleagues or making efforts to work in a team (see Pesquisa FAPESP issue nº 307). The initiative has been making waves, and has been opposed by the scientific community. “These stories can be moving, but it’s very difficult to use these résumés to compare candidates fairly and objectively,” says epidemiologist Lex Bouter, an expert in scientific integrity who was dean of Vrije Universiteit Amsterdam from 2006 to 2013. “We still need quantitative indicators,” he said in an interview with Pesquisa FAPESP published in April (see Pesquisa FAPESP issue nº 314).

Jacques Marcovitch, dean of the University of São Paulo (USP) between 1997 and 2001, believes the issue of the format of narrative résumés is part of a broader discussion involving society’s expectation that research funded with public money should have an impact on people’s real lives. It is also the subject of studies on responsible forms of academic assessment. “Basically, narrative résumés seek to incorporate dimensions of research impact that traditional indicators do not cover,” says Marcovitch, who leads a project funded by FAPESP that is developing new metrics to assess the scientific, economic, and cultural performance of public universities.

Establishing a new model is not an easy task, he notes. “Narrative résumés require data to be collected and presented in a relatively structured way. First, the activities are explained. Then, the impact of the work is shown. Finally, rigorous evidence connecting the work to the declared impact is provided. This is a significant cultural shift for researchers accustomed to a more straightforward résumé style,” says Marcovitch. In any case, he believes that contrasting the two models is a mistake. “We must avoid polarization between a ‘narrative’ approach and a ‘bibliometric’ one—there is no need to pit qualitative against quantitative. Assessment systems need to encompass both of these aspects to be flexible, rigorous, and replicable.”

FAPESP awards funding and grants based on assessments of merit carried out by specialists, but also takes bibliometric indicators into account. Applicants submit a curricular summary, which is used to analyze their qualifications—the document has undergone various changes over time, the last of which took place in 2021. Some items on the summary are purely descriptive, such as the institutions from which a researcher graduated, the professional positions they have held, and funding they have already received, while indicators are also used to show the number of articles and books published, citations received, and students and postdoctoral researchers supervised, among others. There is also a chance to measure other impacts of this work. One section is provided for biographical information that applicants deem relevant for the contextualization and analysis of their recent professional activity. In another section, applicants must declare five of their scientific or academic achievements that they consider most relevant. Until last year, they were allowed to declare up to 10 achievements.

“The more limited number encourages researchers to reflect more on the quality and influence of their work,” says José Roberto de França Arruda, a professor at the School of Mechanical Engineering of the University of Campinas (UNICAMP) and a member of the FAPESP scientific board’s Adjunct Panel for Exact Sciences and Engineering. The reported achievements do not necessarily have to be scientific articles. Software developed, lectures given, technology companies founded, or one of many other contributions can also be listed—as long as they are justified through narrative. “Many applicants simply list published articles instead of contextualizing their choices. They miss the opportunity to describe why they consider those results more important than others,” says Arruda.

Wolfgang Kaltenbrunner, a science sociologist from Leiden University in the Netherlands, published an article in the journal Humanities & Social Sciences Communications in 2021 with suggestions on how to make academic résumés richer and better contextualized. One recommendation was to place greater value on substantive contributions, such as original discoveries or studies that had positive impacts, rather than putting so much weight in achievements that depend more on the circumstances, such as the publication of a high-impact article coauthored with a renowned scientist. He also emphasized the importance of prioritizing more recent work to show how in touch a researcher is with the very latest in their field of knowledge. He advises replacing lists with narrative texts—which do not need to be long—whenever possible. “Listed items can provide a quick and well-structured overview but they also entice evaluators to count instead of read. This can favor snap judgments over in-depth evaluation,” Kaltenbrunner wrote. “In free-form narratives, researchers can contextualize their achievements and explain what they are working towards.”