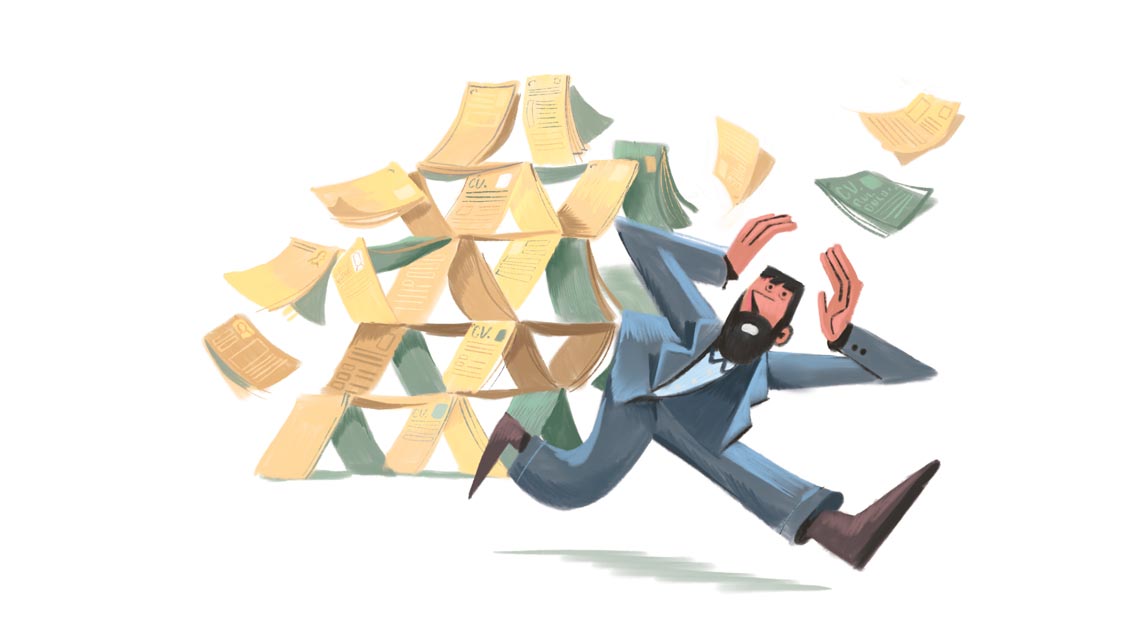 Three of every four Brazilians exaggerate or lie on their résumés, according to a 2018 study by consultancy DNA Outplacement, which looked at 6,000 résumés and 500 companies in Brazil, Chile, Peru, and Colombia. According to the survey, 75% of Brazilian résumés contained falsehoods, mostly in relation to fluency in languages and previous salaries. In recent months, a number of public figures have been exposed for including titles from higher education institutions outside Brazil that they never actually attended.

“It’s something that happens worldwide,” says Rosemary Shinkai, a professor from the School of Dentistry at the Pontifical Catholic University of Rio Grande do Sul (PUC-RS). As well as helping to organize conferences such as the Brazilian Meeting on Research Integrity, Science, and Publication Ethics (BRISPE), Shinkai was also an advisor for the Committee on Publication Ethics (COPE), an international forum of journal editors who discuss issues related to scientific integrity, from 2012 to 2015. However, these inconsistencies are not always deliberate, the researcher says. “Sometimes they are caused by scientists not knowing how to describe their experience,” she notes. “The Lattes platform, for example, has gradually grown over time, with new fields being added that have ultimately left researchers unsure about how to fill them in.”

How to avoid making mistakes on your résumé
1. Describe your academic background and professional experience as accurately as possible
2. Do not withhold information or exaggerate
3. Be objective
4. Have someone else carefully proofread it before you submit it
5. Keep all information up to date

In Shinkai’s experience, many inaccuracies appear in descriptions of further education and training. “There are examples of people who took a postgraduate course but did not submit the final paper, so they did not actually obtain the certificate. They have to decide whether to leave the course off their résumé altogether, or indicate that it was not completed,” she says. “There are also Massive Open Online Courses (MOOCs), which are free to study, but do not always issue a certificate,” says Shinkai. She emphasizes that researchers need to properly describe when they participate as speakers at scientific events. “In the health sector, for example, presentations at conferences are highly valued, and information about such experiences needs to be accurate and detailed,” she explains.

After 15 years analyzing the résumés of scientists hoping to publish in the Revista Brasileira de Linguística Aplicada (Brazilian journal of applied linguistics), editor Vera Lúcia Menezes de Oliveira, from the School of Languages and Literature at the Federal University of Minas Gerais (UFMG), takes a similar position, noting that some elementary errors are very common, such as describing a postdoctoral certificate as a title. “A postdoc is a phase of study taken by a researcher with a PhD, but it does not constitute an academic degree. The Lattes platform does not actually allow a postdoc to be added as a title,” she explains.

Considered one of the major résumé databases in Brazil, Lattes contains over 6 million academic documents. Researchers uploading their résumé have to agree to a set of terms and conditions when they sign up, in compliance with articles 297 and 299 of the Brazilian Penal Code, which includes accepting sole responsibility for their own content. The Brazilian National Council for Scientific and Technological Development (CNPq) states that “if errors are found, the individual may be asked to correct the information. In the event that the CNPq receives any concession due to false information, the individual may be required to reimburse public funds via the appropriate corrective mechanisms.”

Bernardo FrançaAnalyzing inconsistencies in academic résumés is an additional challenge when selecting high-level researchers. At the Center for Innovation in Biodiversity and Drug Discovery (CIBFAR), one of the Research, Dissemination and Innovation Centers (RIDCs) funded by FAPESP, such analyses are usually divided between the nine main permanent researchers.

According to physicist Glaucius Oliva, from the São Carlos Institute of Physics at the University of São Paulo (IFSC-USP) and head of CIBFAR, one of the most important aspects is innovation. “This is a highly relevant issue for RIDCs. We also do thorough checks to verify information about participation in research projects. We need to know whether they were complete, partial, or intermediate projects,” he says. “Because selecting researchers for postdocs is based not on what they can learn, but what they have already mastered, candidates really need to have the skills described in their résumé.” For each postdoctoral fellowship announced, the center receives an average of 20 applications.

Of the foreign researchers that apply for positions at CIBFAR, most are Iranian, Indian, or Pakistani. “For chemistry roles, 30% of the résumés come from abroad,” he says. “In these cases, the assessment needs to be even more rigorous, because foreign candidates often share the same name as other researchers, and it is not possible to cross-check information against other platforms, which makes the verification process more difficult.” Letters of recommendation can be useful for backing up a candidate’s claims. Correctly describing the level of proficiency in an indicated foreign language is absolutely crucial. “At the interview stage, we can easily and accurately verify whether the candidate is as fluent in the required language as they claim to be,” he concludes.