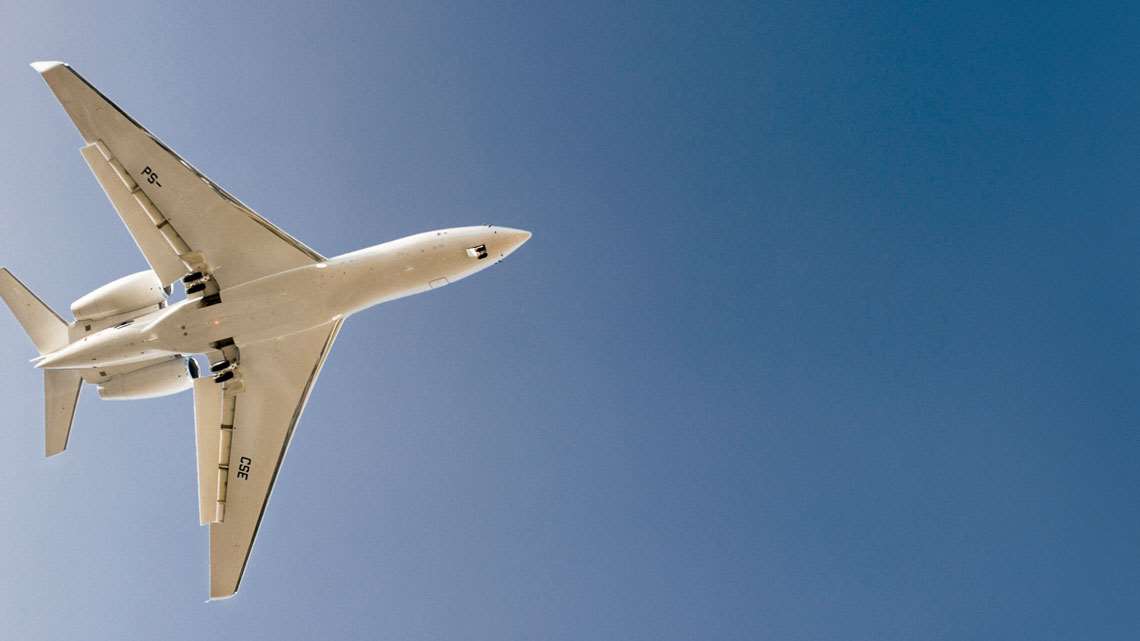 In October 2021, the International Air Transport Association (IATA), comprised of 290 companies from 120 countries, agreed to gradually reduce the net carbon dioxide (CO2) emissions of commercial aviation until 2050, at which point all flights are expected to be carbon neutral. Before then, all airlines will have to comply with an International Civil Aviation Organization (ICAO) resolution establishing that the sector’s greenhouse gas (GHG) emissions will remain stable at 2019 levels. Although less ambitious than the IATA’s target, the ICAO resolution, part of its Carbon Offsetting and Reduction Scheme for International Aviation (CORSIA), differs in that it is mandatory.

The airline sector is estimated to account for 2.5% of global GHG emissions. If successful, the IATA’s approach will reduce CO2 emissions by 21.2 gigatons (Gt) over the next three decades. To achieve this, companies will have to increase aircraft efficiency, improve flight routes, develop new propulsion systems, and establish compensation mechanisms for when emissions are unavoidable. The biggest planned change, which could alone reduce emissions by 65%, is the replacement of aviation kerosene with sustainable aviation fuels (SAFs).

Read more:
– Jet fuel can be produced from CO2

The IATA predicts that the world will need 7.9 billion liters of SAF in 2025 to cover 2% of the industry’s total fuel demand, increasing to 449 billion liters in 2050. Current kerosene consumption is estimated at 390 billion liters per year, while annual SAF production is just 14 million liters—with the USA, Germany, and France dominating the nascent sustainable fuel market.

Experts in the area say that Brazil has the technological know-how and raw materials needed to be a major player in global SAF production, but the country has not formulated a plan to bring this potential to fruitiion. Another obstacle, not just in Brazil but worldwide, is the cost of sustainable fuel, which is currently at least twice as expensive as fossil fuels.

Biokerosene obtained from alcohol, fat, vegetable oils, and other inputs derived from biomass, is currently the most advanced type of SAF available to the aviation industry. However, universities and research centers in Brazil and around the world are also working on new technologies that use CO2 captured from the atmosphere or from petroleum manufacturing and refining processes to produce sustainable fuels. 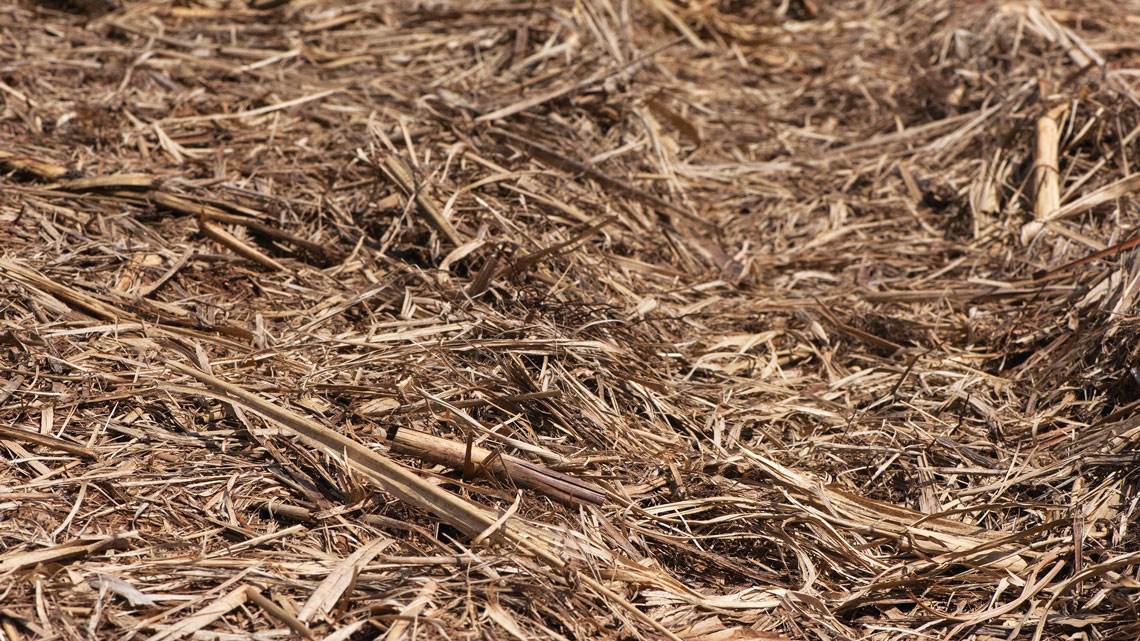 The report “Feedstock Availability for Sustainable Aviation Fuel in Brazil: Challenges and Opportunities,” carried out by a global organization called the Roundtable on Sustainable Biomaterials (RSB) in partnership with consulting firm Agroicone and the University of Campinas (UNICAMP), concluded that Brazil has the potential to produce 9 billion liters of biofuels per year using residual feedstock alone, such as sugarcane bagasse and straw, used cooking oil, beef tallow, wood residues, and flue gases released during steel refining. “This production volume would be enough to meet Brazil’s entire demand of 7.8 billion liters per year, as well as generating a surplus for exporting,” says Maria Carolina de Barros Grassi, RSB’s policy and innovation manager for Latin America.

The study was part of the “Fueling the Sustainable Bioeconomy” project, funded by American aircraft manufacturer Boeing to develop SAFs in Brazil, South Africa, and Ethiopia. It examined three different fuel production systems from the seven certified by the American Society for Testing and Materials (ASTM), the body that establishes technical standards and guidelines for internationally accepted jet fuels, including in Brazil, where they are regulated by the National Agency for Petroleum, Natural Gas, and Biofuels (ANP).

The three approaches included in the RSB study were hydroprocessed esters and fatty acids (HEFA), which uses fatty acids such as vegetable oil and animal fats; Alcohol-to-jet (ATJ), which involves the conversion of alcohols, such as ethanol, into SAFs or other biofuels; and the Fischer–Tropsch process (FT), through which biomass is converted into gases and then from these gases into biofuels.

The most promising combination of inputs and production pathways would use sugarcane residue, of which 61 million tons is available per year in the country, according to the report (see infographic below). It could be processed via ATJ and FT—alcohol conversion and biomass gasification respectively—to provide an annual production capacity of 7.2 billion liters, enough to supply 90% of Brazil’s aviation fuel demand.

Brazil’s potential for SAF production is even greater when taking into account the possibility of using non-residual feedstock, as shown by SAFMaps, a website that gathers information on the most promising Brazilian raw materials for SAFs. The initiative, led by Arnaldo Cesar da Silva Walter, director of UNICAMP’s School of Mechanical Engineering (FEM-UNICAMP), and Joaquim Eugênio Abel Seabra, a food engineer from the same school, is funded by Boeing and Brazilian aerospace company Embraer. The information it provides was used in the RSB study.

The SAFMaps team analyzes plants such as palm, macaw palm, soy, corn, sugarcane, and eucalyptus—and not just their residues—and evaluates the use of feedstock obtained 100% sustainably in areas that have already been altered by human activity.

“Brazil has an enormous potential for SAF production if we include the planting of feedstock sources in new cultivation areas. And this can be done without affecting the food supply,” says Walter. “It is possible to take advantage of pasture areas that are degraded or little used by livestock.”

SAFMaps provides case studies on the development of production chains based on each region’s potential and domestic biokerosene demand. In an article published in the scientific journal Energies in 2021, Walter, Seabra, and their team demonstrate that the cheapest SAF to produce in Brazil is made from soybeans using the HEFA pathway, based on dedicated production of the grain for use of its oil. However, Seabra notes that even the cheapest biofuels cost at least twice as much as fossil fuels.

For Landon Loomis, Boeing’s vice president for Latin America and the Caribbean, the high cost of SAFs is a global challenge that needs to be mitigated by streamlining production chains and producing biofuels on a large scale. The greater the production, the lower the cost. “Brazil can help the world significantly to overcome the challenge of producing SAFs on scale,” the executive told Pesquisa FAPESP.

Loomis points out that the country already has major biomass production infrastructure and has proven its capable of transforming this biomass into biofuels, such as ethanol and biodiesel. “Brazil knows how to make sustainable fuels and the technology for SAFs is available and can be implemented in the country,” he emphasizes. 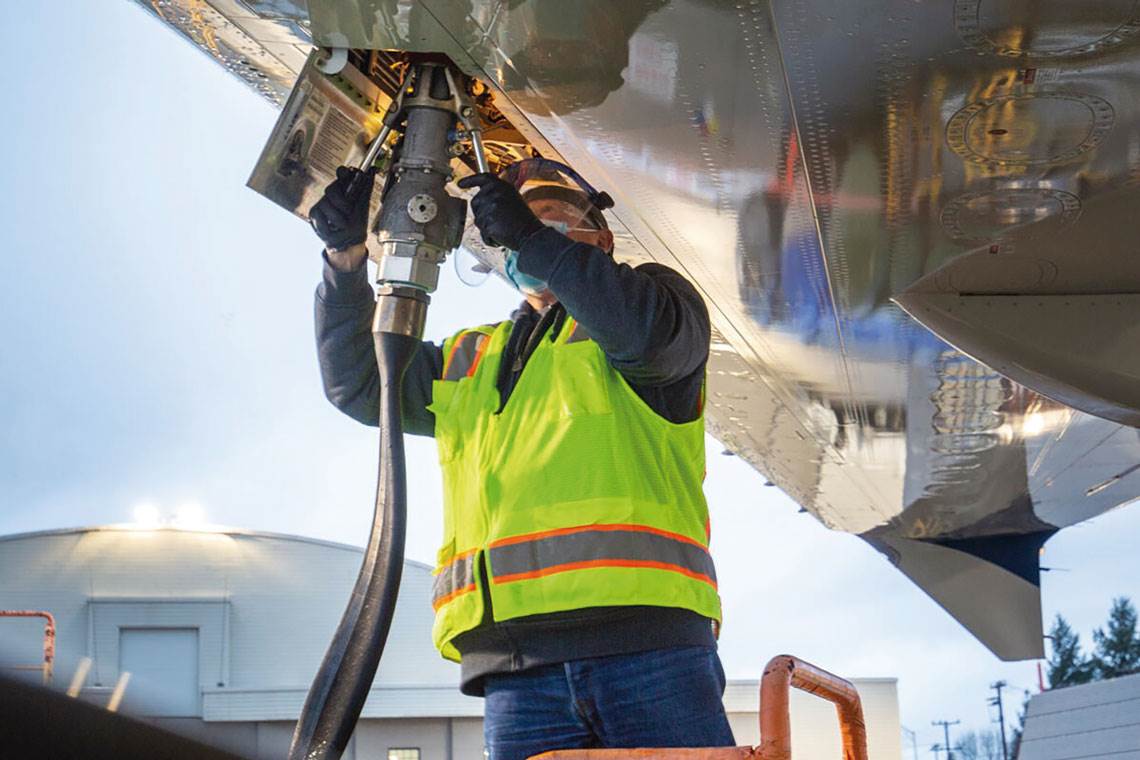 Biorefineries
Despite its competitive advantage, Brazil does not produce biokerosene. “The lack of a legal framework for SAF production inhibits investment,” says Erasmo Carlos Battistella, CEO of BSBIOS, one of the largest biodiesel producers in Brazil. According to the executive, new biorefineries require major financing and can take four to five years to build. To encourage the significant investments needed, we need clear rules on the production systems accepted in the country and the percentage of SAF allowed in an aircraft’s kerosene tank. “Without rules, any venture is a high-risk gamble,” he says.

In Paraguay, BSBIOS is currently building what will be South America’s first SAF plant. The billion-dollar biorefinery is expected to begin operating in 2025 with a capacity of 20,000 barrels per day. The biofuel will be produced via HEFA from vegetable oils, animal fats, and used cooking oil. “The focus is on the international market, which is more advanced than the regional market,” says Batistella.

In April, palm oil producer Brasil Biofuels and distributor Vibra Energia announced that they were investing R$2 billion in a biorefinery in Manaus that will be capable of producing 500 million liters of special biofuels per year, scheduled to start operations in 2025. One of its planned products is SAF.

According to Renato Cabral Dias Dutra, general coordinator of biodiesel and other biofuels at the Brazilian Ministry of Mining and Energy (MME), the introduction of SAFs into the national energy mix is foreseen in the Fuel of the Future Program, formulated in 2021 by the country’s National Energy Policy Council (CNPE).

The program established a subcommittee called the National Program for Sustainable Aviation Fuel (ProBioQAV) with more than 60 members, including airlines, aircraft manufacturers, fuel producers, regulators, and national and international aviation associations. ProBioQAV’s mission is to propose a legal framework that encourages the production and use of SAFs in the Brazilian energy mix and reduces carbon dioxide emissions from the airline sector.

Brazilian patents
Two innovative approaches to SAF production have been developed by a team led by chemical engineer Rubens Maciel Filho, head of the Optimization, Design, and Advanced Control Laboratory at the UNICAMP’s School of Chemical Engineering. The FAPESP-funded research yielded two patents that have already been granted but not yet tested (see Pesquisa FAPESP issue nº 209). “We would need R$30–40 million to set up a pilot plant,” says Maciel.

In one of the methods, aviation biokerosene is produced from biodiesel. The process requires an additional step in the biodiesel refining stage, with the addition of a chemical catalyst. In the other, ethanol or methanol is purified by molecular distillation, resulting in characteristics that qualify it as a biokerosene. In the first approach, renewable diesel and gasoline can also be generated,  in addition to the biokerosene. “These are fast, economical processes that take advantage of existing biofuel production infrastructure in the country,” says the researcher.

Current regulations limit the amount of SAFs used in aircraft to a 50% blend with fossil-fuel-based kerosene. According to Loomis, in theory, there is no impediment to planes flying on biofuels alone, but testing and certifications are still needed. Boeing plans for all of its aircraft to be certified for 100% SAF by 2030. Embraer has set the same target. Marcelo Gonçalves, a product development specialist for the Brazilian aircraft manufacturer, says that all the company’s planes are currently able to fly on 50% SAF.

In 2021, Embraer carried out tests in the USA using SAFs in engines supplied by GE Aviation and began a partnership with another engine supplier, Pratt & Whitney, to test flights fueled exclusively with biokerosene. The first tests will take place on the E195-E2 commercial jet later this year. “The climate crisis calls for urgent action. We have therefore intensified our efforts to find innovative solutions to mitigate our carbon footprint,” says Gonçalves.