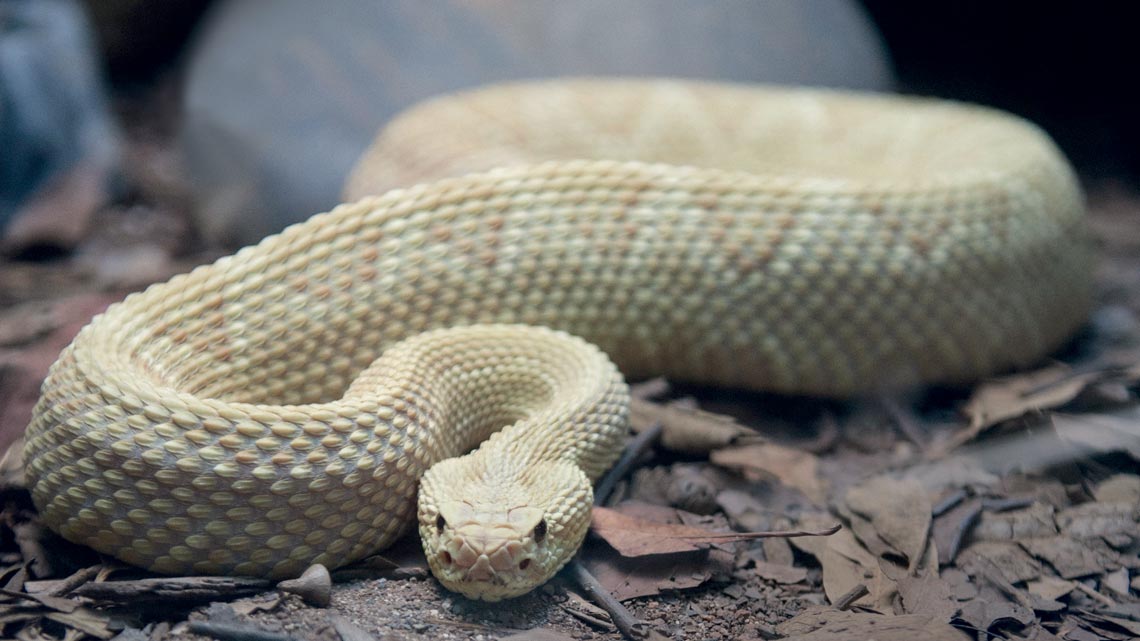 A rare albino rattlesnake from the Biological Museum

On a Saturday afternoon in 1978, in front of a group of Swiss tourists, in a fenced area that is today used by the admissions booth for the Butantan Institute museums, biologist Carlos Jared extracted venom from the glands of a rattlesnake (Crotalus durissus spp.). After he finished his work, which was normally done in closed rooms during the week, the snake attacked him and embedded its teeth into one of his feet, which was covered with a newly purchased boot that was supposed to protect from any bite. Jared remained calm and put the snake back in its box. He then started screaming as he ran toward the Vital Brazil Hospital, about 100 meters away, where he received an anticrotalic serum. For two weeks, the effects of the venom caused him blurred vision and droopy eyelids, but he made a full recovery. Today, visitors can see the snakes in a serpentarium and in the Biological Museum; public venom extractions were suspended in the 1990s and today they are only done in laboratory.

Jared has been associated with the institute since his childhood—he was the son of an employee and he grew up there, learning how to work with snakes when he was in high school. He later studied biology and was contracted in 1972 as a production assistant. Working there as a herpetologist, he studied the blood cells of snakes in laboratory using an electronic microscope, before moving six years later to his current area of focus: comparative biology. “With the theory of evolution, I began to see a new world and to look for adaptation mechanisms that would explain why amphibians had venomous glands in their skin and snakes in their mouths,” he says.

Initially working alone and later with biologist Marta Antoniazzi, he examined the cell structures of venom production in snakes, toads, tree frogs, other frogs, stingrays, and centipedes—and how other animals resist them. Toads, for example, resist the venom of scorpions, which they feed on, as described in the April 2020 edition of the magazine Toxicon, indicating that the scarcity of the former could lead to the proliferation of the latter. Biologist Pedro Mailho-Fontana, from Jared’s team, identified venom glands near the teeth of caecilians (blind snakes), which form a group of amphibians. Detailed in a July 2020 article in iScience, this work showed that caecilians developed the dental venom glands before snakes did, which appeared independently 150 million years later.

“The venoms do not have to be very complex nor vary much because, essentially, they only need to kill prey,” admires a representative of the new generation of researchers, from another laboratory, biologist Inácio Azevedo—contracted in 2004. In response to the differentiated gene expression, the chemical composition of the so-called venom can vary among animals of the same species, the same gender (male or female), and the same age, and that live near each other. This was the conclusion of a study of the jararacas-do-norte (lancehead) (Bothrops atrox), in which he participated. Coordinated by pharmacist Ana Moura da Silva and published in June 2018 in the scientific journal Journal of Proteomics. “A venom has at least 15 types of proteins, with its variations,” he says. Acting together, the toxins can cause hemorrhaging, arterial hypertension, paralysis, or muscle necrosis, causing death in just a few minutes if this waterfall of reactions is not blocked.

In December 2020, in Molecular Biology and Evolution, Azevedo and his group described a genetic mechanism responsible for toxin production—metalloprotease—different from that of the lancehead, but with the same function, in the venom of a group of 58 snake species classified as non-venomous and which represent the greatest diversity in this group of reptiles. In the beginning of the twentieth century, Minas Gerais physician Vital Brazil Mineiro da Campanha (1865–1950), the first director of the institute, had alerted that non-venomous snakes could also produce venom, with which they would capture their prey, but the position of their teeth did not allow them to inject it into humans. 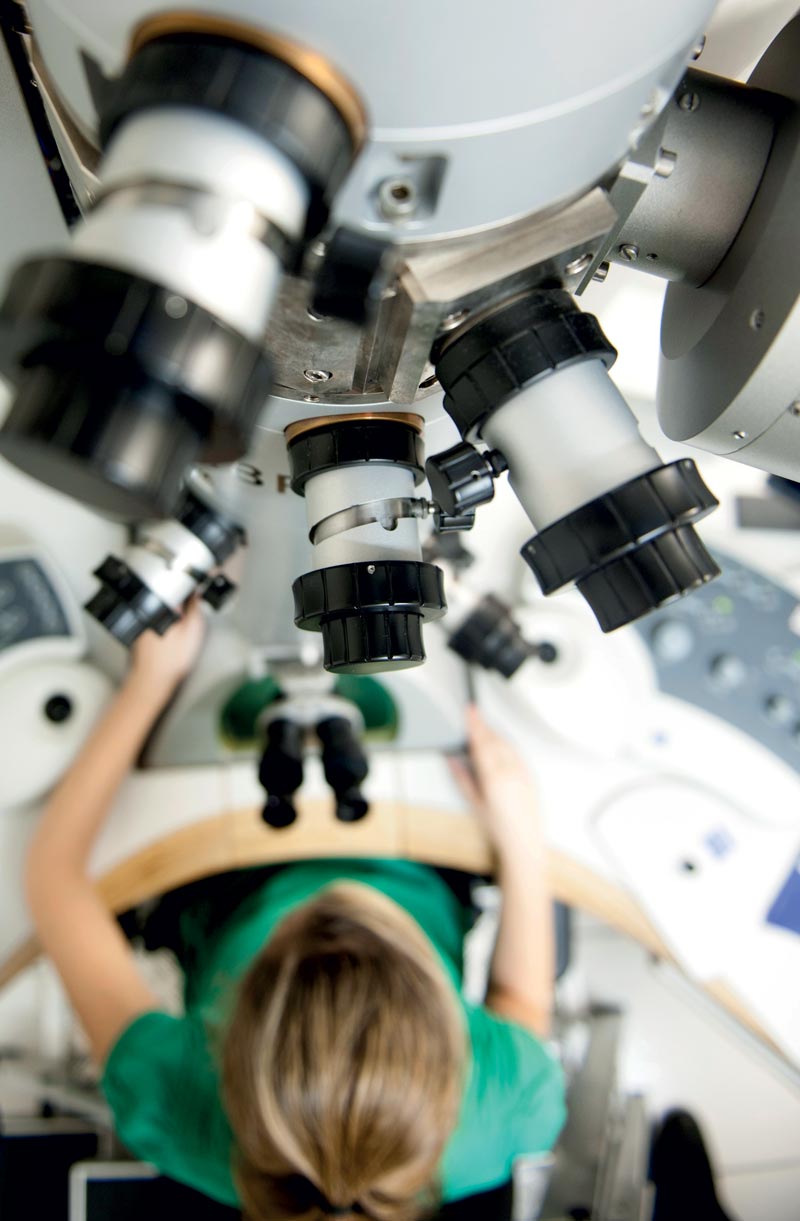 The study that led to identifying the venom of non-venomous snakes is one that relies on DNA or RNA sequencing, which began to be used in 1997 to study genomes (set of genes) of the bacteria Xylella fastidiosa, which causes a disease among citrus fruits, resulting in serious threats to orange producers in São Paulo (see Pesquisa FAPESP issue no. 50). Participation in the Genome program, supported by FAPESP, brought Butantan greater autonomy over time to advance their own sequencing projects, such as that of the genome of the worm that causes schistosomiasis, in collaboration with the University of São Paulo (USP). Since 2002, according to Azevedo, who participated in the installation of the sequencers during his post-doctorate studies, genomic analysis became routine with the institute’s research groups through the support of five bioinformatics software programs that help collect and interpret data.

One of the projects in progress at CETICS is a double-blind clinical trial of a salve for bites from the brown recluse spider, Loxosceles spp. (see Pesquisa FAPESP issue no. 116). At the end of 2018 until the beginning of the pandemic, 140 people who visited health clinics in the state of Santa Catarina, where this type of spider is very common, received a placebo or the salve with a Tetracycline antibiotic. This treatment is used with the objective of stimulating the healing process, as a complementary strategy for traditional treatments, such as neutralizing serums and anti-inflammatory ointments applied to the area affected by the bite. 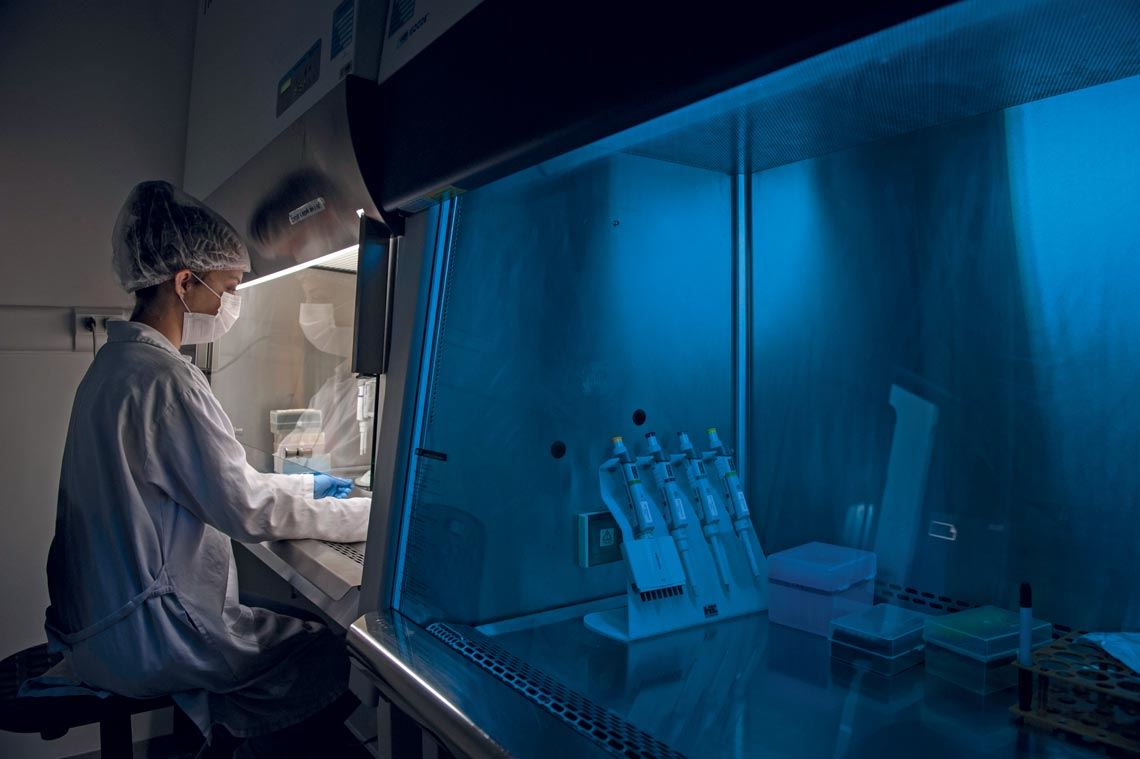 The experimental salve is the result of almost 20 years of research by biologist Denise Tambourgi. With her team, she identified the enzyme Sphingomyelinase D as the key factor responsible for the venom’s action. Later they verified in cell cultures and animal models (rabbits) that Tetracycline could neutralize its effects, particularly skin necrosis, as outlined in an article published in May 2020 in the magazine Frontiers in Pharmacology.

Tambourgi also identified in human cell cultures the action mechanism of the venoms of the Brazilian caterpillar Premolis semirufa, which lives in the trunks of rubber trees, particularly in the Amazon. Contact with the bristles of the caterpillar causes severe inflammation and loss of hand movement, called pararamose. “The venom contains toxins that induce a clinical condition similar to that of osteoarthritis,” explains the biologist, based on very recent experiments published in September 2020 in Frontiers in Immunology. This research is one of those in progress at the Center of Excellence for the Discovery of Molecular Targets (CENTD), funded by FAPESP and by the pharmaceutical company GSK, striving for strategies to block conditions of severe inflammation.

At Butantan, there are various vaccines in development. Chemist Luciana Cerqueira Leite is working to take four versions of recombinant BCG (bacillus Calmette-Guérin) to clinical trial—one for tuberculosis, another for bladder cancer, a third for pertussis (whooping cough), and a fourth, now a priority, for Covid-19. Her team, an outcome of the Schistosoma Genome Project, coordinated by the laboratory of physician Sergio Verjovski-Almeida, now also with Butantan, observed that the vesicles of bacterial membranes used in an experimental schistosomiasis vaccine could be adapted to stimulate the production of antibodies against the virus that causes Covid-19. Also in the vaccine development laboratory, pharmacist Viviane Gonçalves and her team, in collaboration with the USP Biomedical Sciences Institute, is working to increase the scale of production for a recombinant zika vaccine. In turn, a group coordinated by biologist Osvaldo Sant’Anna is studying the possibilities of using silica nanospheres to transport the hepatitis B vaccine, which could then be applied orally.