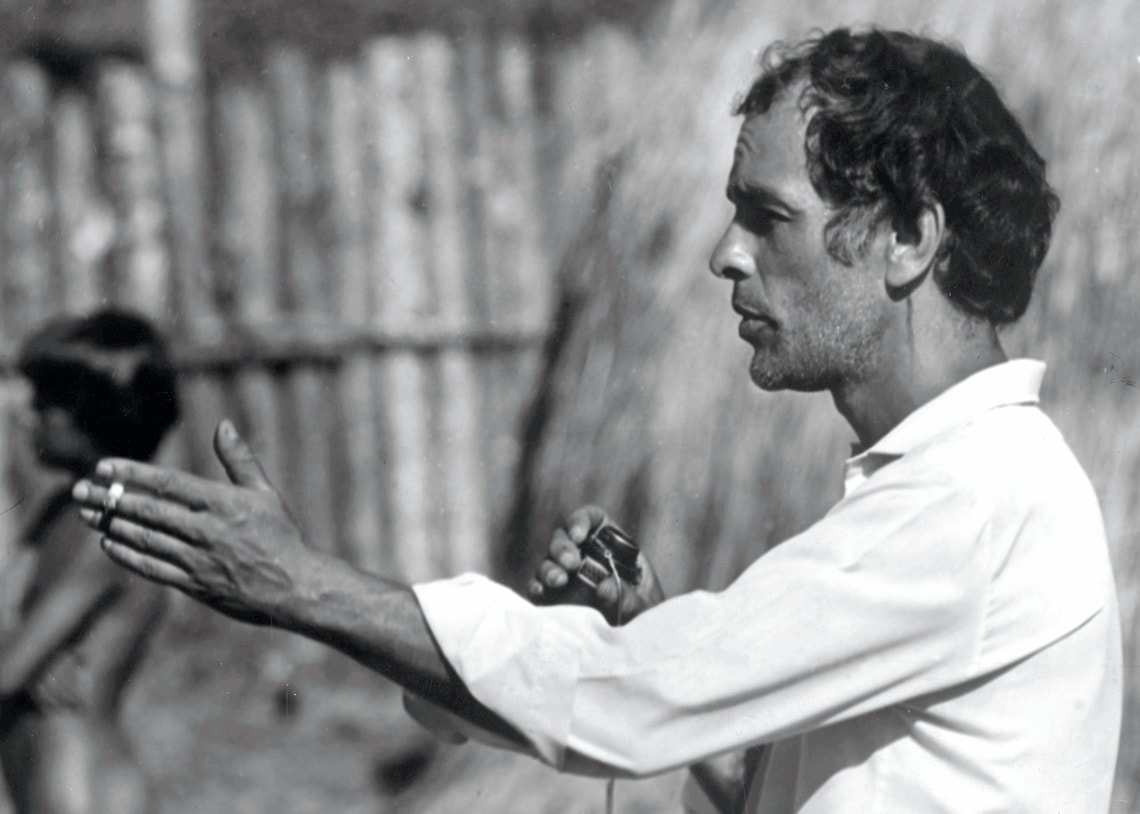 A 16-millimeter, 30-minute film reel containing a short film directed by Nelson Pereira dos Santos (1928–2018) in 1973 was found by historian José Amílcar Bertholini de Castro, during a PhD research project conducted at the Federal University of Mato Grosso (UFMT), in Cuiabá. Despite being included in the filmmaker’s filmography, its whereabouts were unknown until now.

Shot during a partnership between UFMT and production company Regina Filmes, and which still belongs to Santos’s family today, the film features images and testimonials about Cidade Laboratório de Humboldt (Humboldt Laboratory City), one of the first research projects at the university, which was founded in 1970. Built in Aripuanã, a municipality about 900 kilometers (km) from Cuiabá, the Cidade Laboratório operated between 1973 and 1978 with the goal of bringing together Brazilian and foreign scientists, small farmers, and indigenous peoples in search of development solutions that did not harm the environment of the Amazon region. The project was created based on an agreement between the Brazilian Ministries of Planning, of the Interior, and of Education and Culture, as well as the government of Mato Grosso. 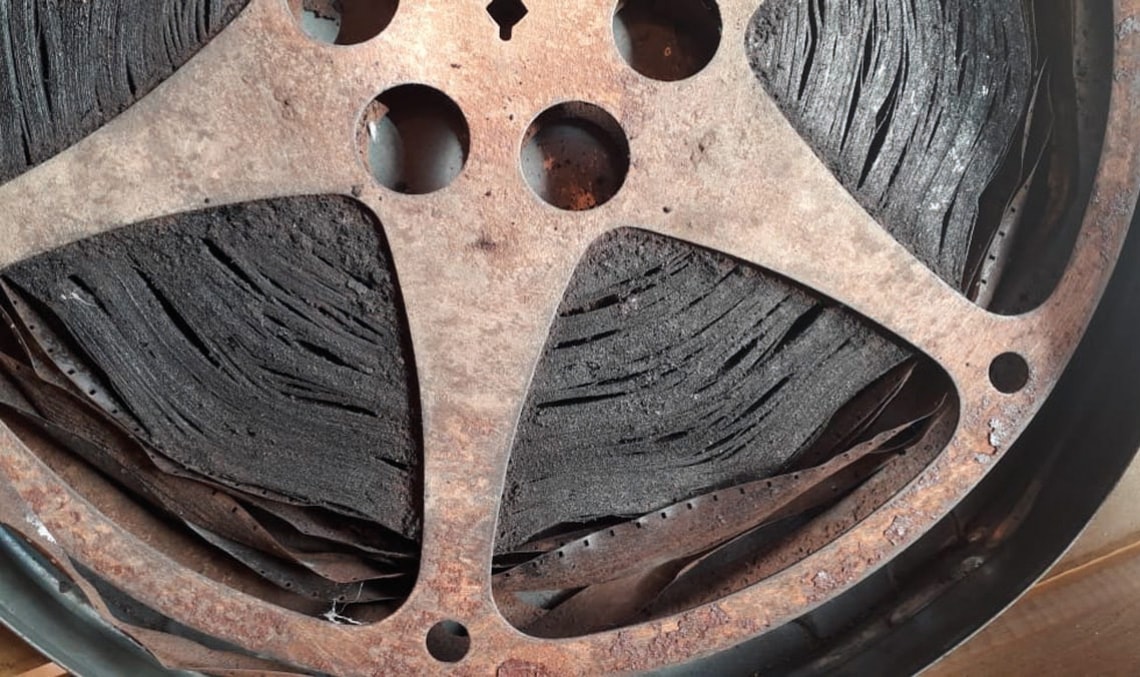 A copy of the film…UFMT

Reports exchanged at the time between physician Gabriel Novis Neves, the first dean of UFMT, and the Ministry of Education indicate that the initiative intended to foster “the participation of science and technology in the development of a potentially rich area not yet integrated into the national economy.” “The Cidade was put together through the logistical support of Brazilian Air Force airplanes, which allowed the transportation of prefabricated houses to the region, where about 150 people lived,” shares Evandro Soares, engineer and current vice dean of UFMT. University administrative documents indicate that difficulty to access the area, lack of interest from the scientists, disputes over the territory where the Cidade Laboratório was located, management issues, and lack of funds motivated the end of the enterprise five years after it began. Part of the artifacts collected by the anthropologists and sociologists who worked on the project, including adornments and tools from the Cinta Larga indigenous people, now belong to the Rondon Museum of Ethnology and Archaeology, located at the UFMT Cuiabá campus.

Sole copy
Bertholini de Castro, who discovered the film and is a UFMT employee, was organizing and processing the institutional archives of the Office of the Dean—part of an effort to prepare the collection for public consultation—when he came across a folder with information about the Cidade Laboratório project. “I have been an employee of the institution since 1982 and had never heard of it. I decided to investigate the topic in the PhD research project I’m currently developing in the Department of History at UFMT,” he explains. The effort to gather data about the Cidade Laboratório involved consulting university administrative documents, as well as information obtained in Cuiabá and Rio de Janeiro. Newspapers and magazines from the 1970s—among them O Estado de Mato Grosso, O Globo, Opinião and Veja—were the source of the information the researcher found about a Santos film on the project. “I looked for it at Rio’s Cinemateca and even at Regina Filmes, to no avail,” he says. 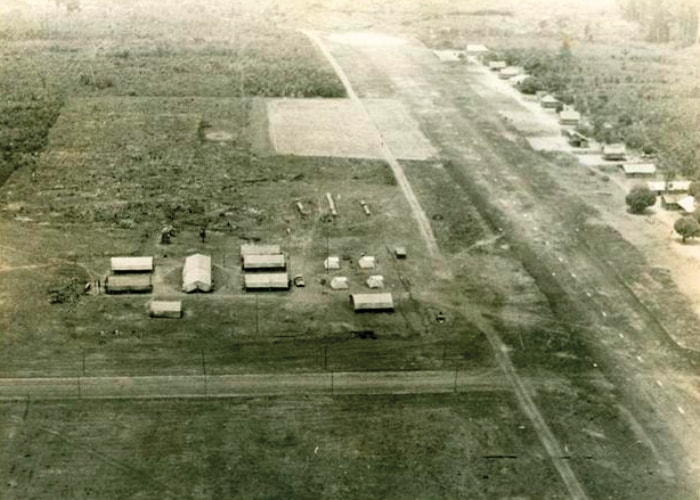 …aerial view of the Cidade Laboratório…UFMT

Some time later, during an interview with former Dean Neves, the historian learned that the film had been shown only once, to six people linked to UFMT, as soon as it was completed in 1973. With the end of the Cidade Laboratório project, the original reel was left in the hands of a university employee who was supposed to make copies, but failed to do so. With Neves’s help, Bertholini de Castro was able to retrieve the original reel, which was returned to the UFMT Office of the Dean. “We now need funding for its restoration. This is likely to be the only available copy of the film, hence the importance of preserving it, even partially. The reel is badly damaged,” explains Vice Dean Soares.

A leading Brazilian filmmaker, Nelson Pereira dos Santos was one of the forerunners of Cinema Novo, a movement for the renewal of national cinematography between the 1960s and 1970s. Social issues are highlighted in the trajectory of Santos, who, in 1955, made his first feature film, Rio, 40 Graus (Rio, 40 Degrees). In 1963, he directed Boca de Ouro (Mouth of Gold) and Vidas Secas (Barren Lives)—based, respectively, on books by Nelson Rodrigues (1912–1980) and Graciliano Ramos (1892–1953). In 1967, he shot El Justicero (The Punisher) and Fome de Amor (Love Hunger); the following year, he helped create the undergraduate film program at Fluminense Federal University (UFF), where he began teaching. Professor Mateus Araújo, from the School of Communication and Arts at the University of São Paulo (ECA-USP), suspects that Santos made the short film by commission. “It certainly won’t become a key piece of his filmography, but given the importance of Santos in the history of Brazilian cinema, it is undoubtedly necessary to restore it,” he concludes. 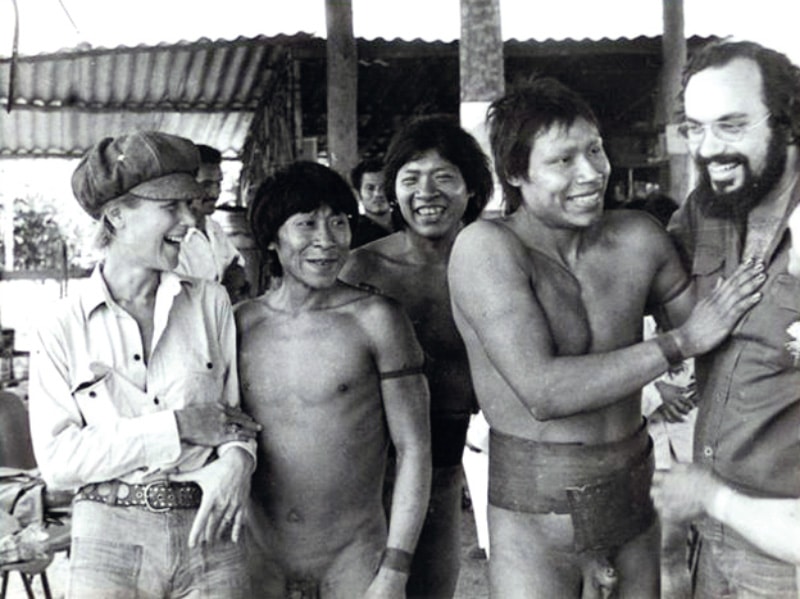