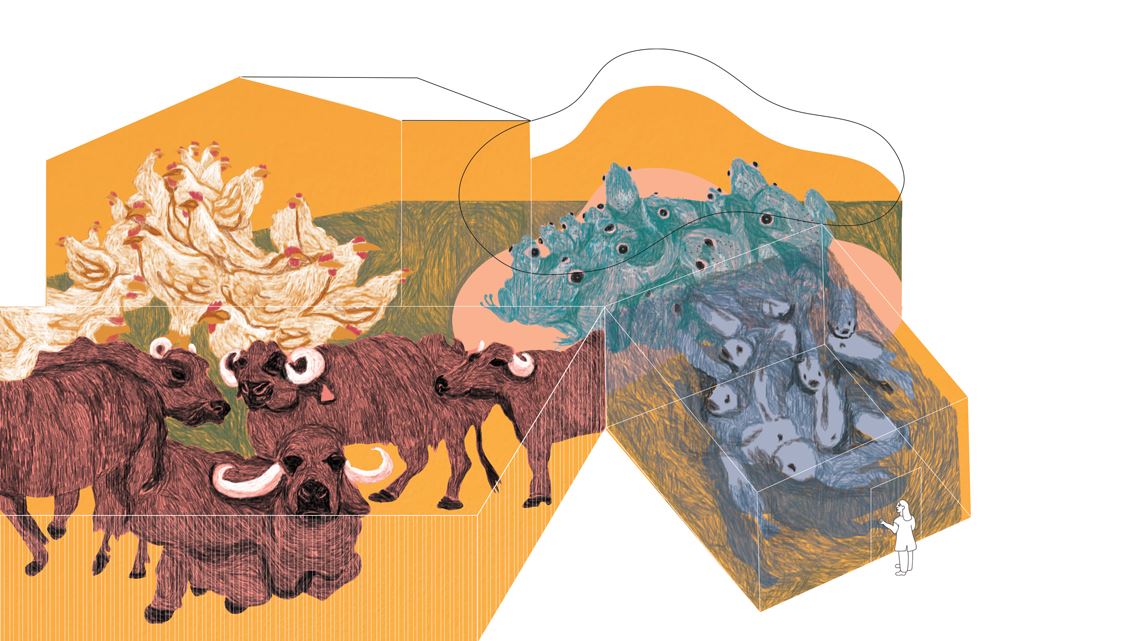 A professional and research field within agriculture, animal science is concerned with efficiently managing the production of livestock and products such as meat, eggs, milk, leather, silk, wool, and honey. The duties of an animal scientist include designing healthy diets, selecting and genetically improving livestock such as cattle, pork, poultry, bees and fish, and managing livestock operations.

A person with a bachelor’s degree in animal science will also find opportunities at education and research institutions, agribusiness technology agencies and breeder associations. “Animal scientists can even work in the production of feed for pets like birds, dogs, and cats,” she adds. They are also qualified for ​environmental management activities or to work with wild animals at zoos, in roles involving nutrition and facilities management. On nature reserves, animal scientists can develop ecotourism programs and environmental preservation projects.

In the past, animal husbandry practices were based on knowledge passed from one generation of farmers to the next. The field first began to professionalize in France in 1848 with the creation of the Agronomic Institute of Versailles, now renamed the National Institute of Agronomic Research. The first university-level program in animal husbandry was also created around that period.

“Beginning in France, empirical knowledge was gradually replaced with scientifically developed knowledge in animal husbandry, and other countries around the world soon followed suit,” explains Marinaldo Divino Ribeiro, chairman of ABZ and coordinator of the graduate program in animal science at the Federal University of Goiás (PPGZ-UFG). Depending on the country, the field may be termed as animal science or zootechnics.

In Brazil, the first undergraduate program in the field was created in 1966 at the Uruguaiana campus of the Pontifical Catholic University of Rio Grande do Sul (PUC-RS). “The first lecture was delivered on May 13, which is now marked as Animal Scientist Day in Brazil,” says Ribeiro. Animal husbandry practices were previously taught as part of other programs at agronomy and veterinary schools. The creation of a bachelor’s degree program met demand from professionals already working in the field of ​​animal husbandry—such as agronomists, veterinarians, and biologists—and was in response to a modernization process that in recent decades has helped Brazilian agribusiness companies to become more competitive in global markets.

The specialization of agricultural science fields in Brazil has driven real-world results. According to the Brazilian Agricultural Research Corporation (EMBRAPA), animal science research in the last 40 years has generated 22-times growth in poultry production, 4-times growth in pork and beef production, as well as growth in dairy production. Meanwhile, research in genetics, advances in pest and disease control, and pasture improvements have increased the average cattle extraction rate from 11% to 22%. The extraction rate is a measure of the extent to which the herd is generating a surplus, i.e. the amount of beef by weight obtained from the total herd. 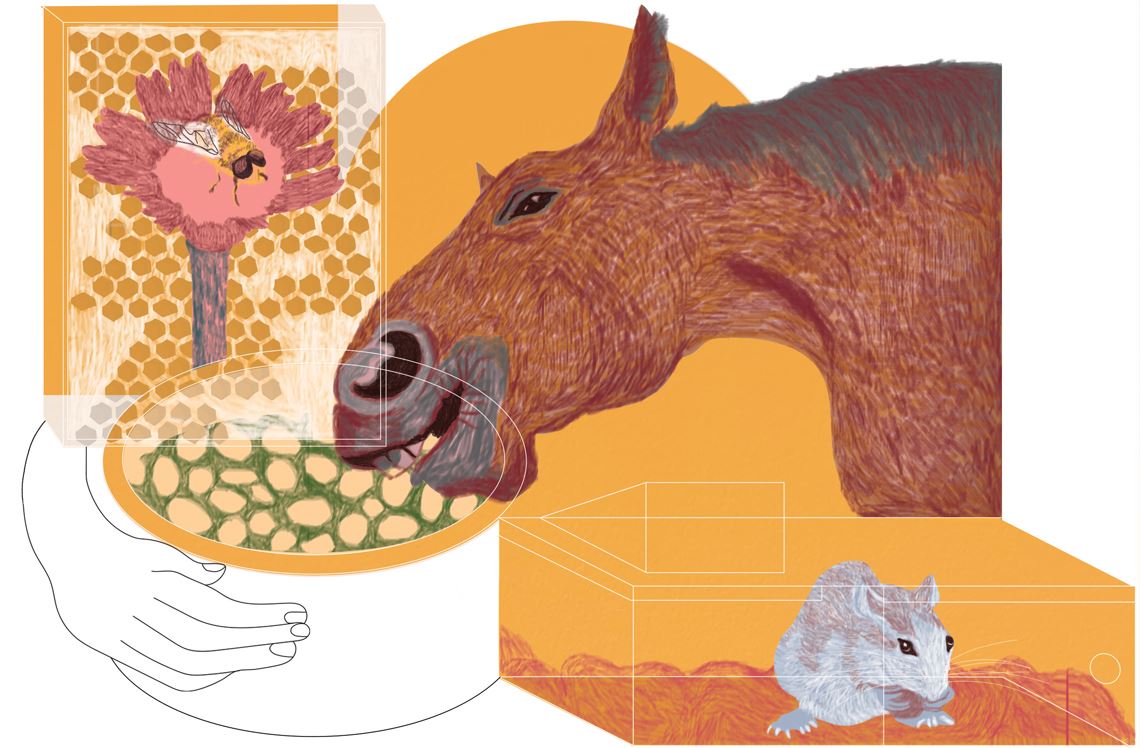 Julia JaburWith an average duration of five years, a degree program in animal science typically teaches core subjects such as mathematics, chemistry, physics, and genetics in the first years. “An aspiring animal scientist should also have an interest in STEM fields, which will be used for things like formulating animal feeds or designing animal facilities,” explains Adriana de Souza Martins, coordinator of the Graduate Program in Animal Science at the State University of Ponta Grossa (PPZ-UEPG). In later years, students then start to learn about genetic improvement, animal physiology, reproduction, pastures, and all the various animal husbandry segments, such as beekeeping, frog farming, fish farming, horse breeding, buffalo farming, beef and dairy cattle farming, and even dog and cat breeding.

Despite its generalist nature—professionals in the field are qualified to work across a wide range of activities—in Brazil the National Curriculum Guidelines require bachelor’s programs in animal science to be designed to meet regional needs. Like professionals in related fields, animal scientists can attend graduate programs to specialize in areas such as sustainability, animal performance, genetics and improvement, nutrition, and production and management of forage plants. A growing number of graduate programs are now available to train professionals who work or intend to work in laboratory animal facilities, covering the ethical and legal aspects surrounding the use of animals in education and research.

Cynthia Zaccanini de Albuquerque Marquezi, who earned her degree in animal science at UNESP in Jaboticabal in 2008, always thought that after graduating she would work on some farm away from São Paulo, where her family lives. But after six months working in a large poultry operation, she was invited to a position at Instituto Butantan, and more specifically at its laboratory animal facility. “Although I had already graduated, I accepted the challenge of working in an area that was new to me,” says Marquezi, who now manages the department. “I was surprised that there would be a position for an animal scientist at Butantan, and a little worried when they asked me if I was afraid of rats,” she recalls amusedly.

At first, her duties consisted of managing and ensuring the welfare of the rodents used to test the institute’s serums and vaccines. “Laboratory animals need to be very well treated and in perfect health so they generate reliable results in each experiment or test,” she explains. To specialize in the area, Marquezi took several courses on handling laboratory animals, a subject not covered in her undergraduate program. “Animal scientists are the best prepared professionals to work in laboratory animal facilities as they have mastered production techniques and zootechnical parameters such as animal fertility, reproduction rates, mortality, and weight gain,” she says. To cater to this audience, Instituto Butantan’s School of Higher Education (ESIB) has recently created a specialization course on laboratory animal facilities and housing. Currently attended exclusively by Butantan staff, next year the course will be extended to the general public.