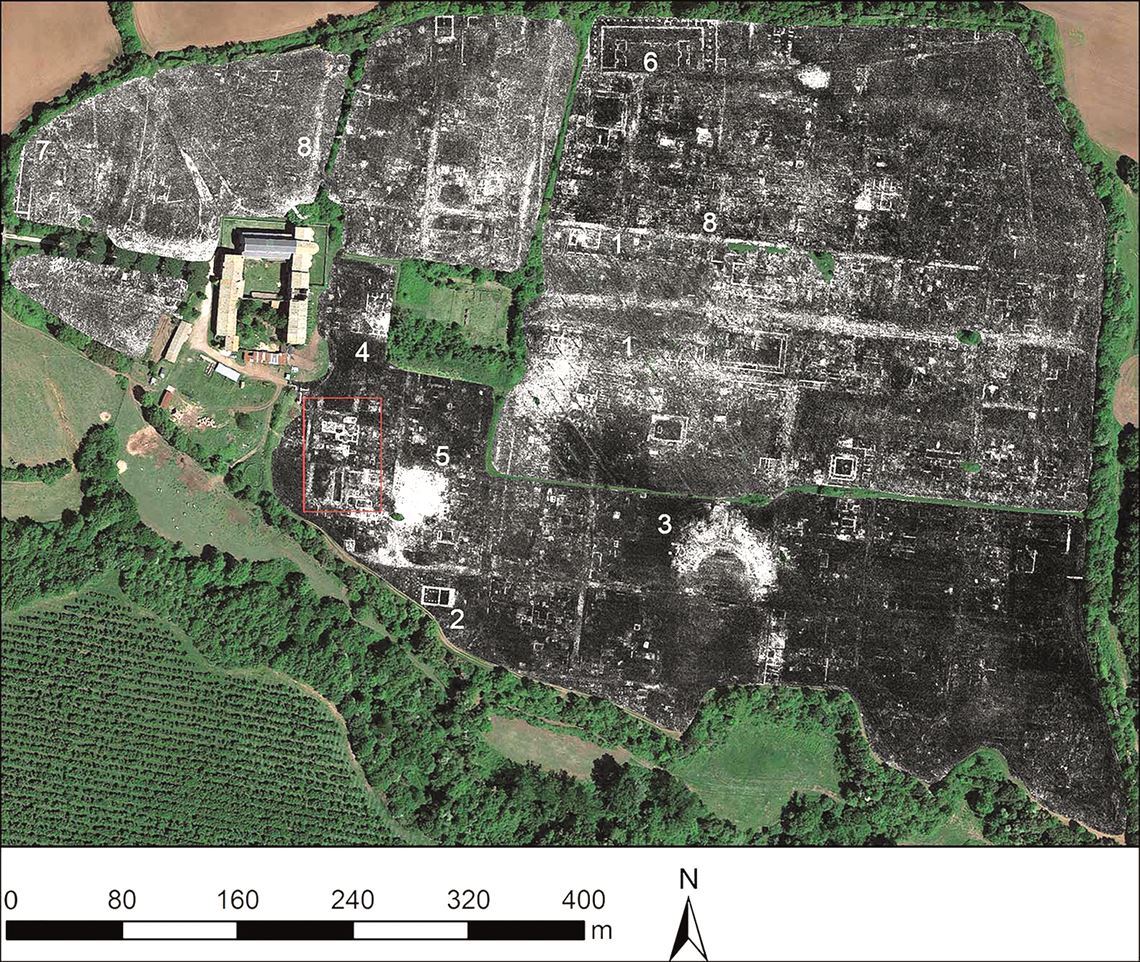 Lieven Verdonck / Ghent UniversityArchaeologists from the United Kingdom and Belgium have mapped an entire Ancient Roman city without carrying out a single excavation. The group, led by Martin Millet of the University of Cambridge, captured detailed images of the city of Falerii Novi using radar antennas mounted on an ATV. Situated 50 kilometers north of Rome, Falerii Novi was a walled city that covered an area of 30 hectares. It was occupied from 241 BC until around the year 700 AD, but today, almost no visible ruins remain. By laying the radar images over an aerial photo of the region, the researchers were able to identify a theater, a public bath, stores, and several temples, all now underground. They also revealed the existence of roads and buildings on the peripheries of the city that would not likely have been found by digging. Another notable discovery was the water supply system, which seems to have been constructed before the buildings, which would have required a surprising degree of planning for the time (Antiquity, June).