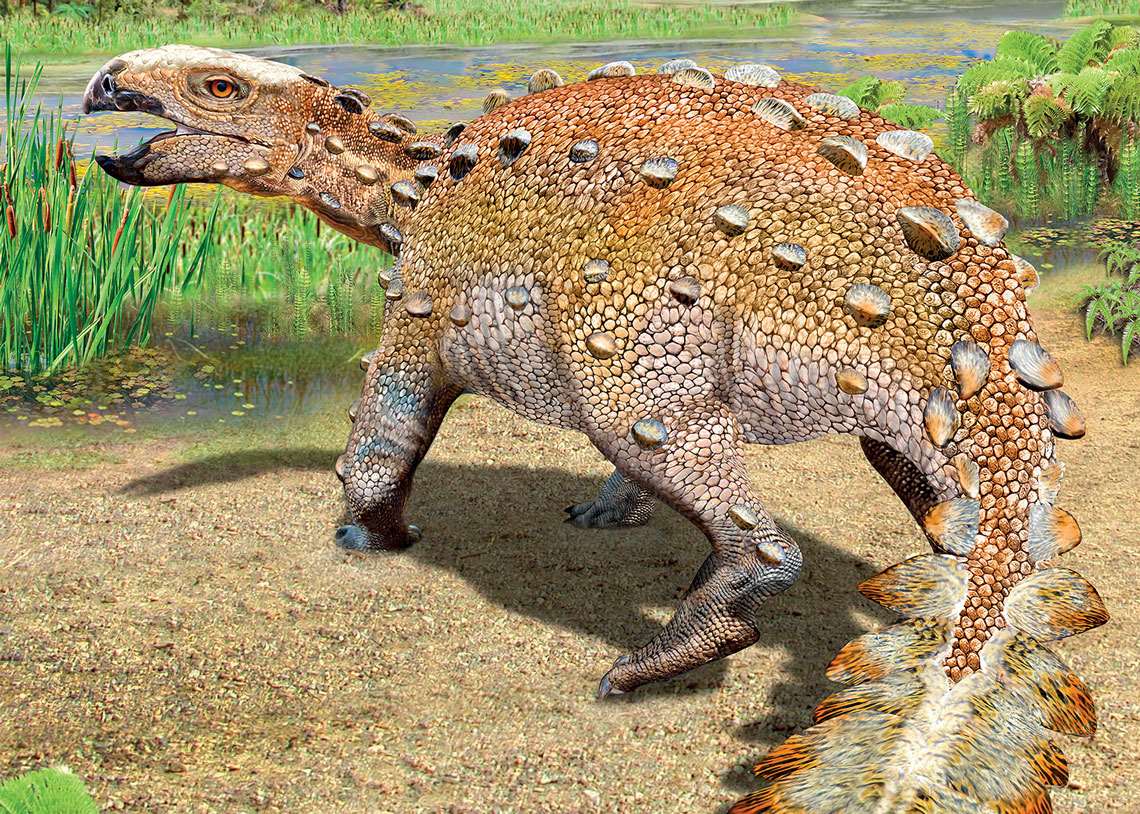 A new species of armored dinosaur with a very peculiar tail has been described by Chilean paleontologists. The species lived between 75 million and 71 million years ago, when the paleocontinent Gondwana had almost completely split up. Named Stegouros elengassen, the herbivore was about 2 meters long and its body was covered with bony plates (illustration). The most curious part is its tail. It was flat and shaped like a leaf, made up of seven pairs of bone plates (osteoderms) that projected laterally like a macuahuitl—a weapon of war used by the Aztecs and other peoples who inhabited what is now central Mexico. It may have been used for defense. The fossilized skeleton, which was 80% complete, was found in 2018 during excavations in the Magallanes Region in the far south of Chile. The skull of Stegouros elengassen shares characteristics with the ankylosaurs, but the body is more primitive, similar to the stegosaurs (Nature, December 1). The group, led by Sergio Soto-Acuña of the University of Chile, classified the new species as belonging to the ankylosaurs, related to the dinosaurs of the genus Kunbarrasaurus from Australia and Antarctopelta from Antarctica.