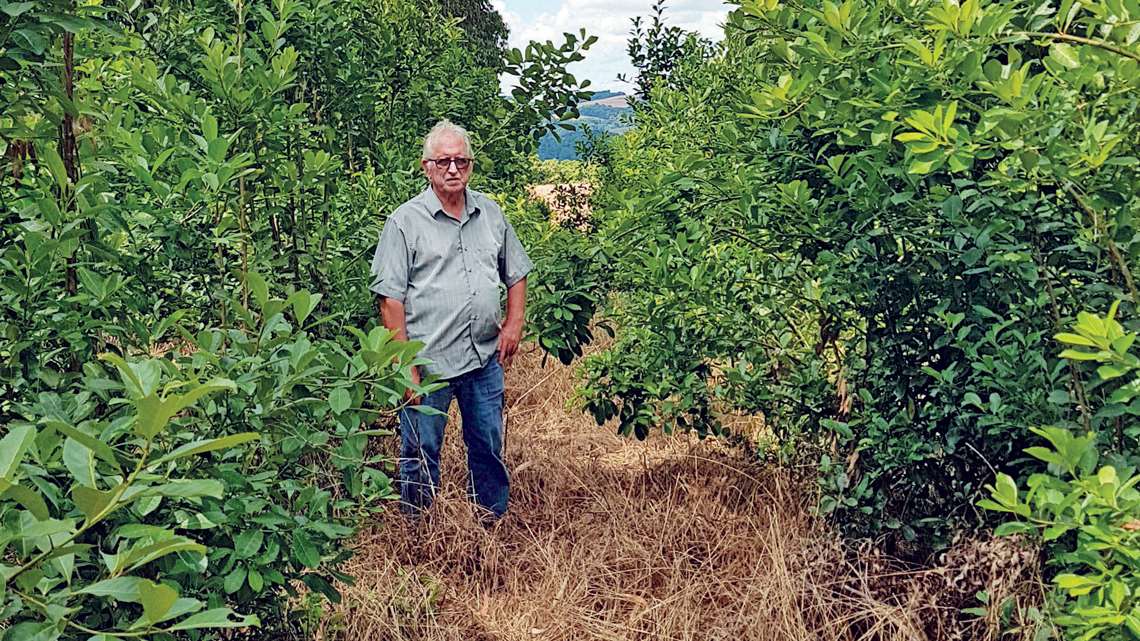 After more than two decades teaching at the University of Passo Fundo (UPF), retired professor Danilo José Savariz decided to take a new direction in life. In 2016, at the age of 68, he enrolled on the agronomy course at the same institution he worked at as a professor—he graduated at the end of 2020.

“It was something I’d been wanting to do for a long time. I’d already studied agronomy for a year and a half in the past, but then I switched to my degree in mechanical engineering,” recalls Savariz, who was surprised by the reception he received when he returned to the university. “I asked if I was allowed to study at my age and they said yes. I felt very welcomed,” says the recent graduate, who also worked as a mechanical engineer at the Rio Grande do Sul State Electricity Company (CEEE) for 35 years. Armed with the knowledge of his latest degree, he began thinking about certain issues from his past in the rural countryside of Rio Grande do Sul.

Born into a family of farmers in the small town of Catuípe, Savariz recalls the difficulties his parents faced in agriculture. The firstborn of nine siblings, he once saw an entire wheat field destroyed by frost. “Most producers in the area had no technical knowledge of agriculture, which led to many going bankrupt,” says Savariz, who witnessed the region’s biodiversity give way to soy monoculture in the 1960s. “Our farm was near the forest. Over time the trees were cut down, reinforcing my feeling that life in the countryside often involved suffering.” He saw education as an opportunity to improve things for himself and his family.

In 1967, he began a professional course on machine and engine construction. In class, he took a liking to technical subjects. “Thanks to my good grades, I got a scholarship that at the time was offered by CEEE, but has since been privatized. I started working for them as soon as I finished the course.” At the company, he specialized in machinery used for energy production at diesel and hydroelectric power plants, which led him to train as a mechanical engineer, completing his degree at UPF in 1984. Three years later he became a professor at the same institution.

He purchased a number of plots of land in Erechim between 1973 and 2012 to grow yerba mate and invited his family to live there so that he could help his younger siblings with their studies. His degree in agronomy was essential to maintaining the farm, which now comprises 140,000 trees. “The seedlings are highly sensitive and need very specific fertilization, soil preparation, cultivation, and harvesting,” he explains. The farm produces 22,000 arrobas (weighing 33 pounds each) every 18 months. “It’s a small harvest; I try to respect the environment at all times.” To sustainably manage the 8-hectare farm, Savariz has preserved the original vegetation. “I’m letting the forest regenerate at the same time as I plant yerba mate trees. It’s beautiful to see,” he says proudly.

On the experience of graduating at 73 years of age, he says he faced no issues with his classmates or teachers. “Agronomy is a beautiful science and it has helped me understand many things about my past in the countryside. This was the best time in my life to take this course,” he concludes.