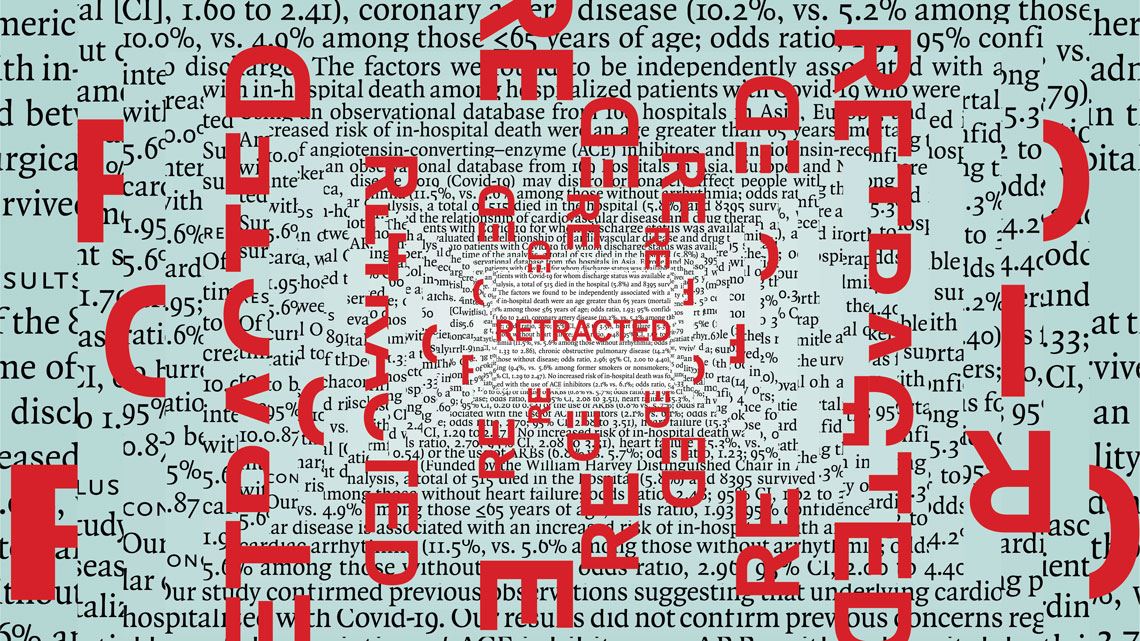 Surgisphere Corp., a small medical data analytics firm based in Chicago, USA, and its president, vascular surgeon Sapan Desai, are at the center of a scandal that has revealed weaknesses in the peer-review process of two respected scientific journals—The Lancet and The New England Journal of Medicine (NEJM)—and contributed to the controversial debate over the benefits of using hydroxychloroquine, a drug used to fight malaria, against COVID-19.

Desai, 41, coauthored an influential article published in The Lancet on May 22 suggesting that hydroxychloroquine, in addition to being ineffective against the novel coronavirus, may also increase the risk of mortality in patients with heart problems. He is also listed as a coauthor on an NEJM article published on May 1 that evaluated the effects of heart disease medications on patients with the novel coronavirus. Both studies were retracted on June 5 because it was not possible to confirm the veracity of the findings—Desai refused to provide the raw data behind the results, meaning nobody can replicate them. “Since we do not have the ability to verify the primary data or primary data source, I no longer have confidence in the origination and veracity of the data, nor the findings they have led to,” the lead author of the paper, cardiac surgeon Mandeep Mehra, from Brigham and Women’s Hospital in Boston, said in a statement.

The role Sapan Desai and his company played in both papers was based on the provision of data attributed to 96,000 patients who tested positive for the SARS-CoV-2 virus at 671 hospitals in several countries between December 20, 2019, and April 14, 2020. Surgisphere used artificial intelligence software to identify trends in this huge volume of information, concluding that there was an association between the use of hydroxychloroquine and an increase in deaths due to heart failure. When doubts first began to arise, Desai said he would provide access to his database, but he later stated that the data was protected by confidentiality agreements and he was not authorized by the hospitals to share it. This information, however, could not be corroborated. No hospital treating COVID-19 patients has admitted to providing patient data to Surgisphere.

Soon after the article on hydroxychloroquine was published, people began to question the inconsistent data. Surgisphere had records on 4,400 patients in African hospitals—a massive figure considering there had been just 15,000 confirmed cases on the continent by mid-April. Doubts grew when it was revealed that the source of the data was a company with just six employees and little experience in the artificial intelligence sector. It seemed unlikely that such a small company could have access to patient records from hundreds of hospitals worldwide. Suspicion also fell on other scientific papers that used data from Surgisphere. A preprint published on April 14, with Desai and his colleagues listed as coauthors, suggested that antiparasitic drug Ivermectin could be effective against COVID-19, based on which several countries began testing the drug. After the hydroxychloroquine article was retracted, the Ivermectin preprint was also removed by its authors.

Sapan Desai founded Surgisphere in 2007, when he was a resident physician at Duke University. At first, the company produced medical guides and textbooks. Over time, it began to specialize in analyzing hospital records. In a Turkish TV interview given when the Lancet article was published, Desai even claimed that applying his big-data tools to patient data could dispense with the need for randomized clinical trials.

The connection between the Surgisphere founder and the other authors of the articles has also been investigated. Before these papers, they had never worked together. The lead author, Mandeep Mehra, is a renowned heart transplant specialist. It was due to his reputation that the two journals agreed to fast-track the peer-review process, usually done to allow findings of public interest to be published quickly. Mehra knew one of the other authors well: thoracic surgeon Amit Patel, cofounder of a heart disease and sexual dysfunction gene-therapy company called Triple Gene. Patel has worked as a surgeon at the University of Miami School of Medicine and as a volunteer professor at the University of Utah, both in the USA. Mehra had previously worked on a Triple Gene project using stem cells to treat heart disease. It was Patel who introduced Mehra to Desai.

Jerome Kassirer, who was editor in chief of NEJM in the 1990s, believes the journals should have submitted the papers to closer scrutiny. In an interview with the journal Science, he called the collaboration between apparently disparate researchers “completely bizarre,” especially considering their tenuous institutional ties and the fact that they have never worked together before. In normal situations, he says, this set of unusual circumstances would be a red flag that would demand a more rigorous peer review. Wendy Rogers, a bioethics expert at Macquarie University in Sydney, Australia, told Nature that the journal editors should have asked more questions about such a comprehensive dataset from hospitals all over the world, collected in the midst of a pandemic. “With the COVID-19 research, there has been such a rush that all sorts of really abysmal papers are getting published,” she warned. The Lancet and NEJM editors have not responded to the criticism.

Retracting the hydroxychloroquine article did nothing to save the drug’s reputation. Three scientific studies involving a large number of patients were published in early June, two with people exposed to the virus and at risk of infection and the other with COVID-19 patients hospitalized with severe cases. In all three, the conclusion was that there is no benefit to using the drug. “We’d be better off shifting our attention to drugs that might actually work,” Eric Topol, director of the Scripps Translational Science Institute in San Diego, California, told Science.