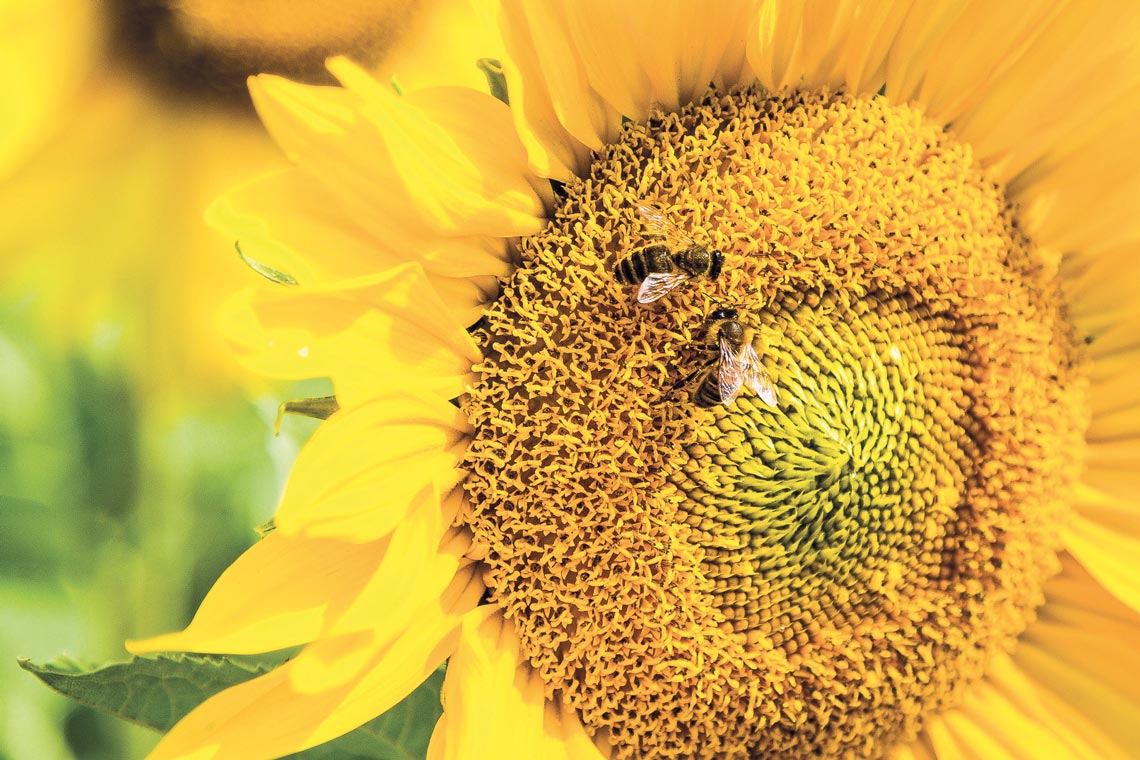 Like chimpanzees, orangutans, pigeons, and spiders, bees are also capable of learning to recognize quantities and using colors as symbolic representations of addition and subtraction. In an experiment conducted by researchers at the Royal Melbourne Institute of Technology, Australia, and the University of Toulouse in France, 14 Apis mellifera bees were placed in a Y-shaped labyrinth and trained to recognize two situations. When shown three yellow squares, they were rewarded with glucose for choosing the path to the end of the maze with one less square—if they went the wrong way, they received a bitter solution as a punishment. When shown two blue squares, they had to choose the path to the end with three squares in order to receive the reward. Each bee was tested 10 times in both scenarios. During the learning phase, the number of correct choices increased significantly, indicating that bees can relate colors to addition and subtraction (Science Advances, February 6). In the second phase, which involved no reward, the bees passed two further addition and subtraction tests. The number and shapes of the colored elements were different from the previous stage, to prevent the bees from choosing the correct response from memory. They performed even better: choosing correctly between 64% and 72% of the time.