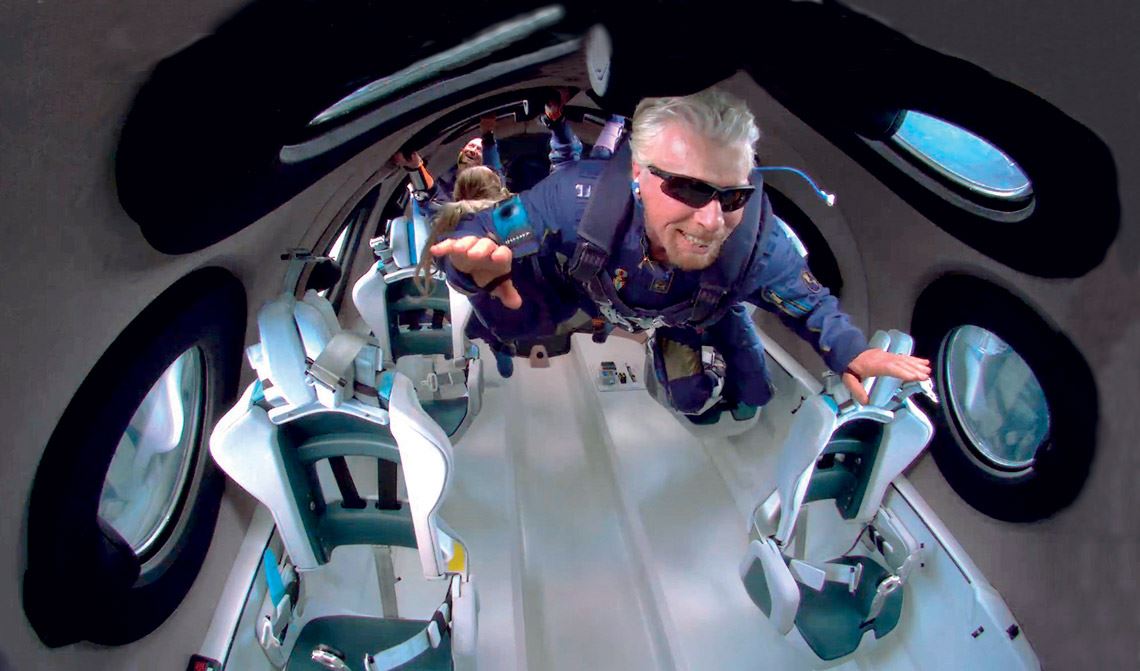 July was the month of space tourism. On the 11th, British billionaire Richard Branson (photograph), founder of the Virgin group, and five other employees of Virgin Galactic, the company that plans to take tourists into space for US$250,000 each, climbed to an altitude of 86 kilometers (km) on the spaceplane VSS Unity. Launched from a standard airplane, VSS Unity surpassed the 80 km barrier—defined by NASA as the boundary between the atmosphere and space; although the International Aeronautical Federation sets this limit at 100 km—in a flight that lasted less than 15 minutes, spending part of the time in a microgravity environment in which people can float. On the 20th, which was the 52nd anniversary of humankind’s first steps on the moon, it was the turn of American entrepreneur Jeff Bezos, the richest man in the world. Bezos, who founded Amazon and owns The Washington Post, made an 11-minute flight with his brother Mark, reaching an altitude of 106 km aboard the New Shepard, a suborbital rocket built by the company Blue Origin. They were accompanied on the pilotless flight by 82-year-old aviator Wally Funk, who was part of a NASA space program in the 1960s but was unable to go into space at the time, and by 18-year-old Dutchman Oliver Daemen, whose ticket was paid for by his father. SpaceX, the company owned by billionaire Elon Musk, plans to take civilians into space later this year.