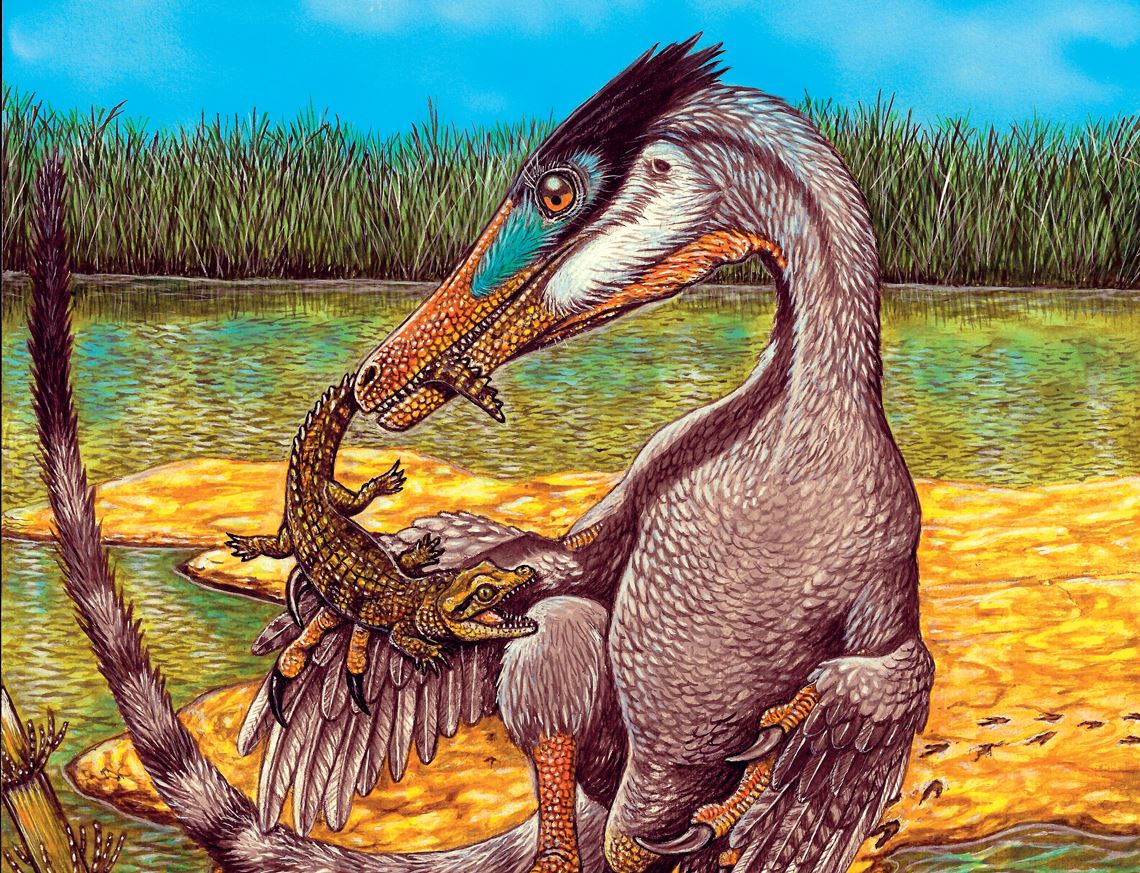 A group of Brazilian researchers has identified a new species of carnivorous dinosaur, a dromeosaurid named Ypupiara lopai. The discovery was based on analyses of fossils found in rocks from the late Cretaceous at a site near Uberaba, in the state of Minas Gerais. The fossils—pieces of the upper and lower jaw, including teeth—were part of a collection at the Museum of Earth Sciences that were lent to Brazil’s National Museum in Rio de Janeiro for research purposes. They were found nearly 80 years ago but had never been studied. They were only examined in detail in 2017, before being destroyed in the fire that ripped through the National Museum in September 2018. Led by paleontologist Alexander Kellner, director of the museum, the scientists were still able to describe the new species, producing the only scientific record of the animal. It is estimated that Y. lopai it lived between 72 million and 66 million years ago and was between 2 and 3 meters long from the tip of its nose to the end of its tail. It probably fed on fish, lizards, and small amphibians (Papers in Palaeontology, August 5). According to the authors of the paper, this is the first dromeosaurid (a group of feathered running dinosaurs) found in Brazil.