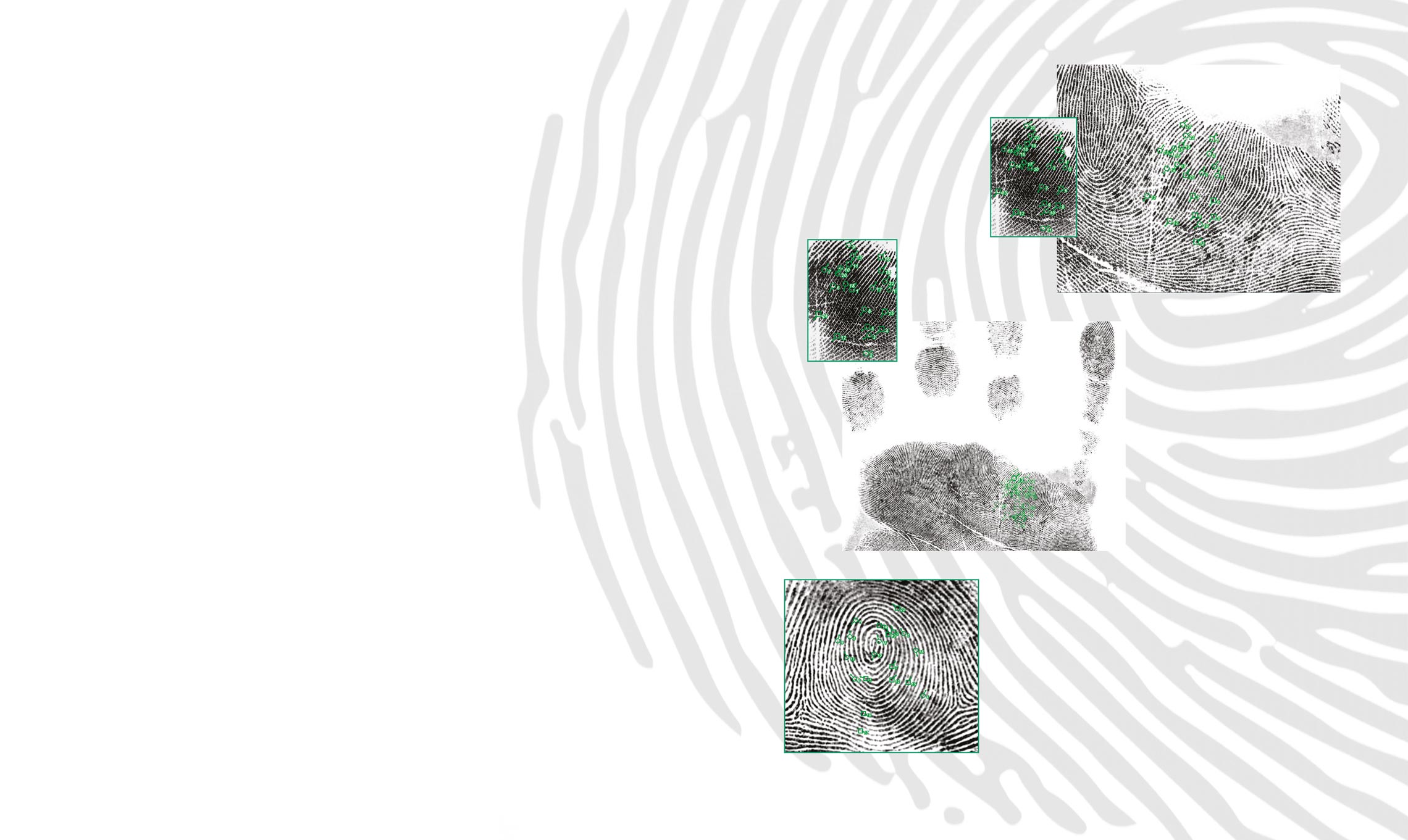 Griaule, a company based in Campinas, São Paulo State, provides biometric solutions for ensuring the fidelity of electoral data. In recent months, the firm has won two major contracts in the USA. In September, the company, which was founded at the University of Campinas (UNICAMP) and received funding from FAPESP, was chosen by the US Department of Defense (DoD) to provide an identification system for the storage and certification of biometric data for 55 million Iraqi citizens as well as another 30 million people in Afghanistan. The following month, the Arizona State Department of Public Safety chose Griaule’s biometric technology to assist police investigations and perform criminal background checks for public officials.

Biometric systems such as those developed by Griaule recognize people by the unique characteristics of their body, such as fingerprints, facial features, or irises. The contract with the DoD, which is based at the Pentagon, is worth US$75 million and will be executed over five years, with an extension option. Having participated in wars in Iraq and Afghanistan, the US is now working with local authorities to rebuild, which explains why Washington is contracting the services.

One of the biggest developers of biometric solutions in Brazil, Griaule, participated in the Pentagon bidding process as part of a team with six other companies, all of which are from the US. The technology to be provided, however, is 100% Brazilian according to the company. The consortium was led by a joint venture called RS3, which is run by EIS, a company that already provides engineering services and technology solutions to the US federal government. 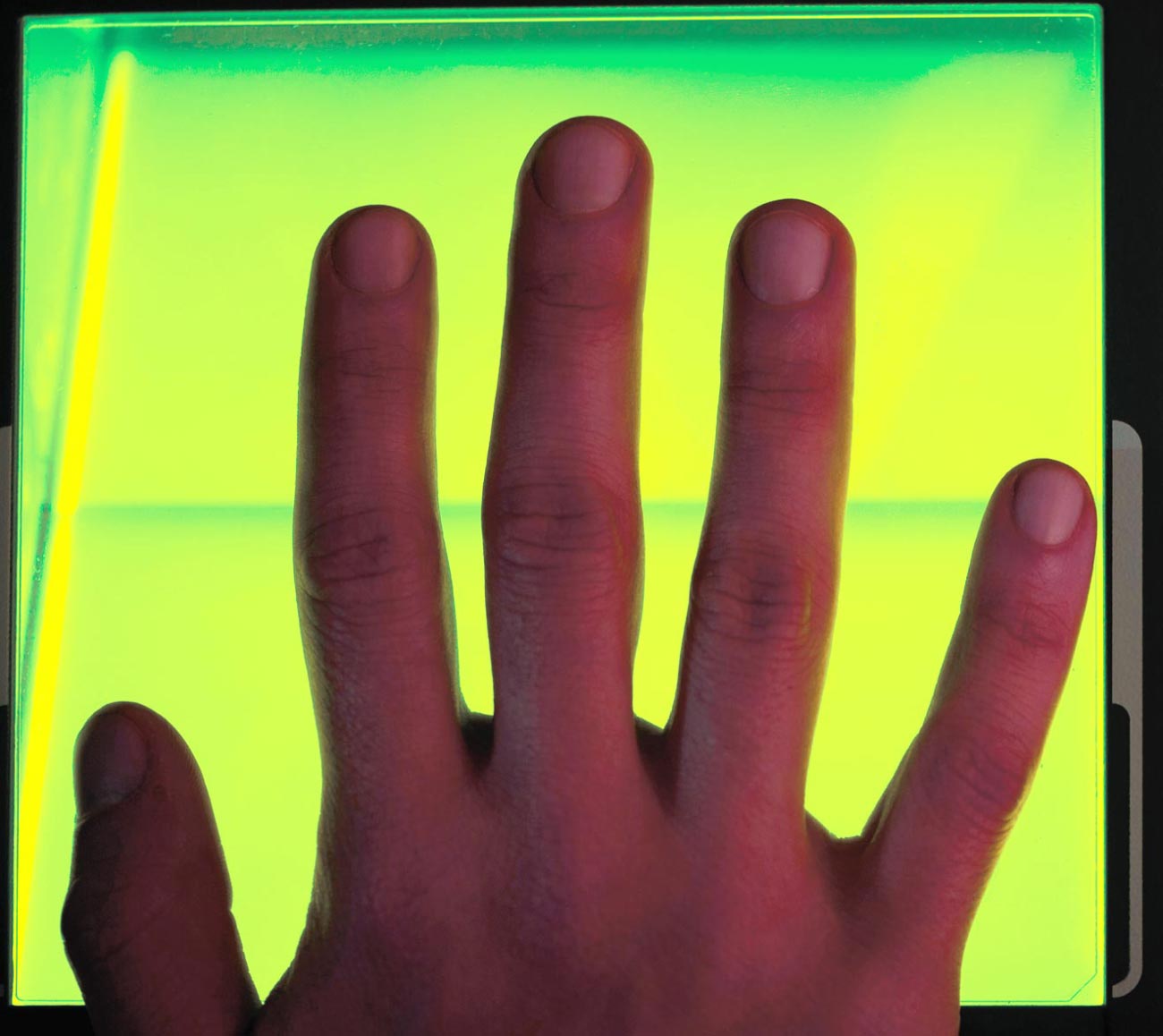 Handprint reader, one of the biometric solutions developed by the companyGriaule

“Seeing a company with Brazilian DNA win international contracts for state-of-the-art solutions is a source of great pride. It puts Brazil on the map in terms of major providers of global biometrics solutions,” says computer scientist Anderson Rocha, a professor at the UNICAMP Computing Institute. “Being selected by the Pentagon shows that the company is offering something innovative and unique. Griaule was able to convince top DoD officials that it is worth working with. This is very good for Brazil and for the country’s software industry in particular.”

Multimodal platform
The technological solution chosen by the DoD, which operates under the executive branch of the federal government, was the Griaule Biometric Suite (GBS), a multimodal software package capable of identifying individuals by analyzing their hand and fingerprints, voice, face, and irises. The software collects biometric data and stores it in databases. The contract covers the sale of two systems to the US government, which will in turn provide them to its allied countries. “The biometric identification systems currently used in Iraq and Afghanistan are out of date. We are going to replace them and extend their functionality,” says Renato Burdin, operations manager at Griaule.

According to Burdin, the system will be used for border control and for issuing documents to Iraqi and Afghan citizens, as well as in criminal investigations. The software will be capable of recognizing hand and fingerprints found at crime scenes, known as latent prints. “GBS is designed to be multimodal. I believe this project will use more biometric factors at the same time than most,” says Burdin.

In the US$7.5 million deal with Arizona, the technology will also be used for civil and criminal purposes. “It is important to note that the GBS platform can be used by multiple state organizations and can communicate with federal systems,” said Burdin. Michigan state police already use the company’s biometric technology.

Fostering research
Founded in 2002 by the electrical engineer Iron Calil Daher, Griaule was part of the UNICAMP incubator for its first three years. Working so closely with the university helped the company recruit bright young talent. The initial staff of five has multiplied sevenfold, and today, Griaule has approximately 35 employees, 20 of which are graduates and four of which have PhDs or specialist postgraduate qualifications. The research and development (R&D) team behind the solutions developed by the company consists of 20 people, most with backgrounds in engineering and computer science.

The company’s revenue in 2017 was R$16 million, a significant jump from the R$100,000 it achieved in 2005, which was its final year in the UNICAMP incubator. Support from funding agencies such as FAPESP and the Brazilian Funding Authority for Studies and Projects (FINEP) was fundamental to the business’s growth. The company’s main product is a fingerprint identification system. The Campinas-based company also makes recognition software for voices, irises, faces, and hands as well as latent prints.

Over the course of its history, Griaule has received three grants from the FAPESP Technological Innovation in Small Businesses (PIPE) program, the first in 2003 to help it improve its automatic fingerprint identification system. In 2005, further funds were granted to support the development of facial recognition technology, and in 2007, funds were granted to support the creation of a new voice identification system. “Without the financial support of FAPESP, we would not have reached this point,” says Iron Daher, the company’s CEO.

The quality of Griaule’s products was quickly recognized. In 2005, the company won the FINEP Award for Technological Innovation in the Small Businesses from the Southeast category, and the following year, it earned international prestige by coming first in the Fingerprint Verification Competition (FVC 2006) after its fingerprint identification algorithm had the lowest error rate in a field of 150 competitors. After winning the award, Griaule opened a commercial office in Mountain View, California, in 2007, and began exporting its products to the US. The company recently moved its operations to Morgantown, West Virginia, to improve sales and support for the local market. 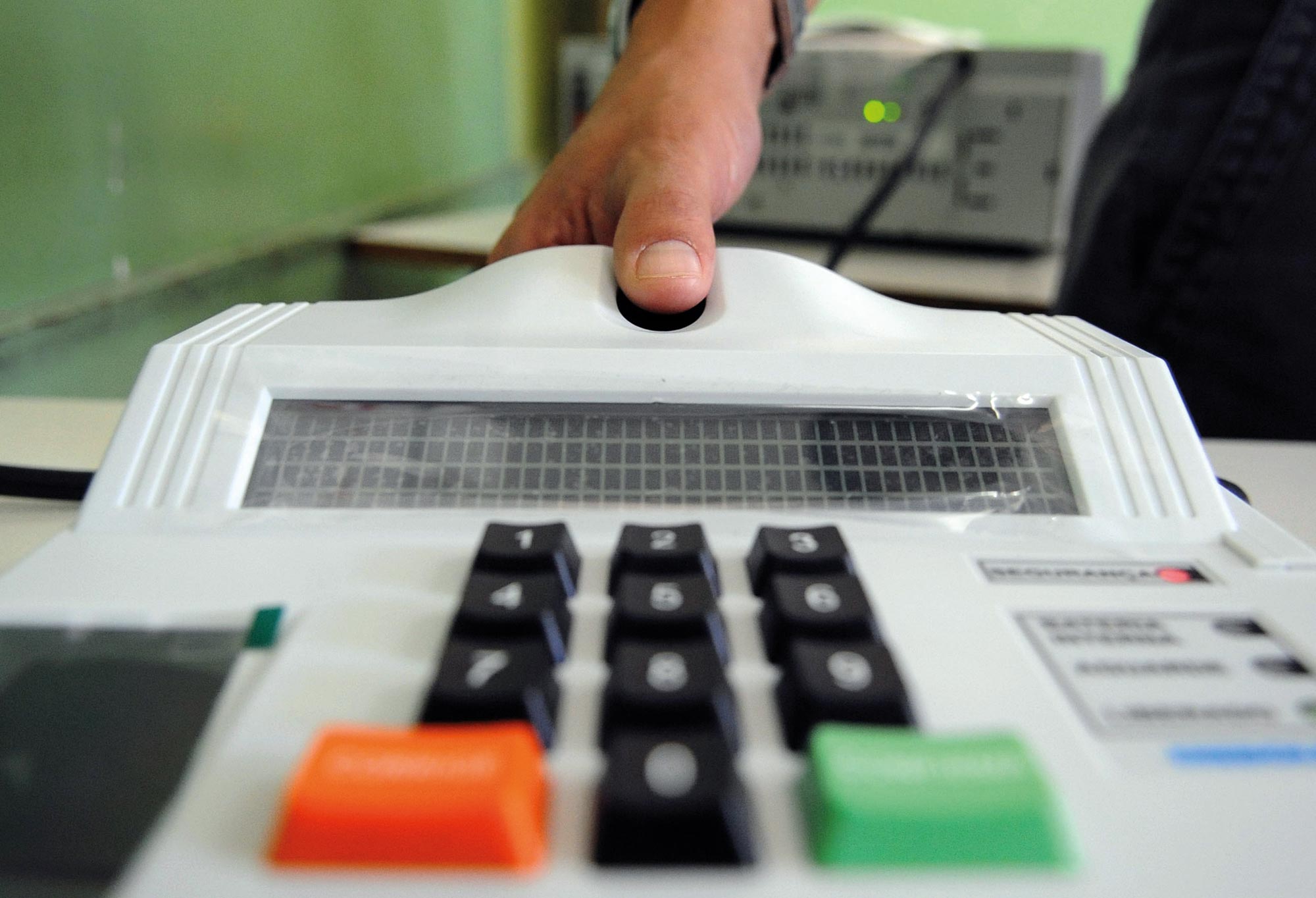 Despite receiving such recognition, the company only observed a significant increase in revenue in 2014, when it signed a contract with the Brazilian Superior Electoral Court (TSE). The contract involved creating a bespoke software package to store, validate, and authenticate the biometric data of voters, allowing them to identify themselves using a fingerprint reader connected to an electronic voting machine. The system is more secure and less open to fraud. In this year’s presidential election, more than 2,800 counties used biometrics to identify voters. According to the TSE, more than 87 million Brazilians registered their fingerprints.

Creating a database of this size poses a number of challenges; the more fingerprints that are stored in the system, the greater the processing requirement for adding new ones. This is because recording a new fingerprint involves performing a full scan of the database to avoid duplicate registrations. The task is even more complex because fingerprints are collected for all 10 fingers of each voter, meaning the recognition software has to process a huge amount of data.

Griaule currently has 4,000 customers in 80 countries. Brazil is its primary market, accounting for 95% of its revenue in 2017, followed by the USA. In addition to the TSE, the company also provides biometric services to the Brazilian state bank Caixa Econômica Federal, which has implemented Griaule technologies in its bank branches, in the federal government’s Bolsa Família welfare program, and at Fundação Casa, an autonomous government agency in São Paulo that uses the technology to identify children who arrive at the institution with no identity documents. GBS is also used in Israel for the issuance of national documents and by Sure Bank in South Africa, which uses the fingerprint recognition system in its ATM network. The company hopes that the contracts signed in the USA in recent months will help spread the word and open new markets, helping to increase overseas sales.