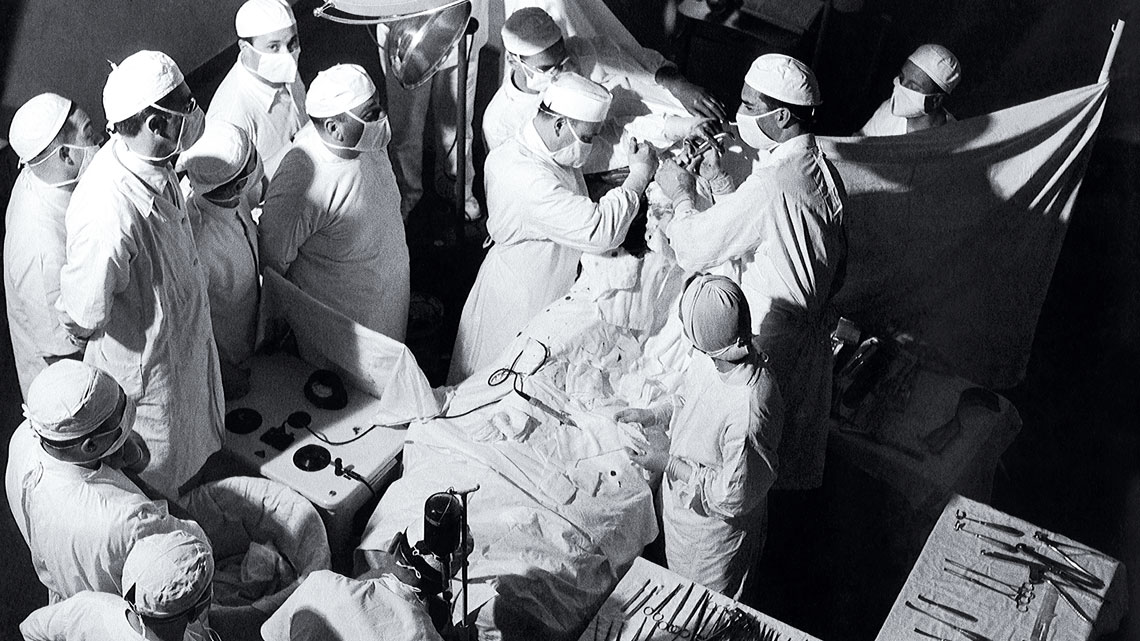 Photo of Duarte during a surgical procedure at Hospital das Clínicas, 1949

Iconographic Collection of the Secretariat for Culture of São Paulo / Reproduced By B. J. Duarte Image Hunter

Surgical innovations developed in São Paulo universities helped Brazil gain international renown in cardiology in the mid-twentieth century. One of these technologies, the cardiopulmonary bypass machine, built in 1958 by doctors Adib Jatene (1929–2014) and Domingo Braile, turned open heart surgeries―in which doctors open a patient’s chest to repair their heart―into routine procedures. The device was used in the first heart transplant in Latin America, performed in 1968 by cardiologist Euryclides de Jesus Zerbini (1912–1993) at the University of São Paulo (USP) Hospital das Clínicas. This and other advances in medical research in the country were recorded for decades through the lens of São Paulo photographer and filmmaker Benedito Junqueira Duarte (1910–1995), author of approximately 500 documentaries about the period of scientific growth in schools of medicine and pharmaceutical laboratories located mainly in São Paulo. “He was possibly Brazil’s first scientific documentary filmmaker devoted to health and medicine,” claims historian Márcia Regina Barros da Silva, a professor at the USP History Department who conducts research on Duarte’s work.

She adds that the documentary filmmaker’s skill behind the camera sparked the interest of the medical community at a decisive moment. “There was a need to portray medicine as experimental,” says Márcia, explaining that the establishment of new training programs hinged on proving that medical practice used scientific knowledge. This concern is explicit in the short film Uma escola de médicos [A school for doctors], produced by Duarte in 1963 to commemorate the 30th anniversary of the São Paulo School of Medicine―today associated with the Federal University of São Paulo (UNIFESP). “Despite its title, there are no scenes of doctors treating patients, or even showing the inside of the hospital,” says Barros da Silva. “Most of the film covers experiments, laboratories, and research equipment,” shares the historian, who published an article about the film in Revista Brasileira de História da Ciência (Brazilian journal of science history) last year. 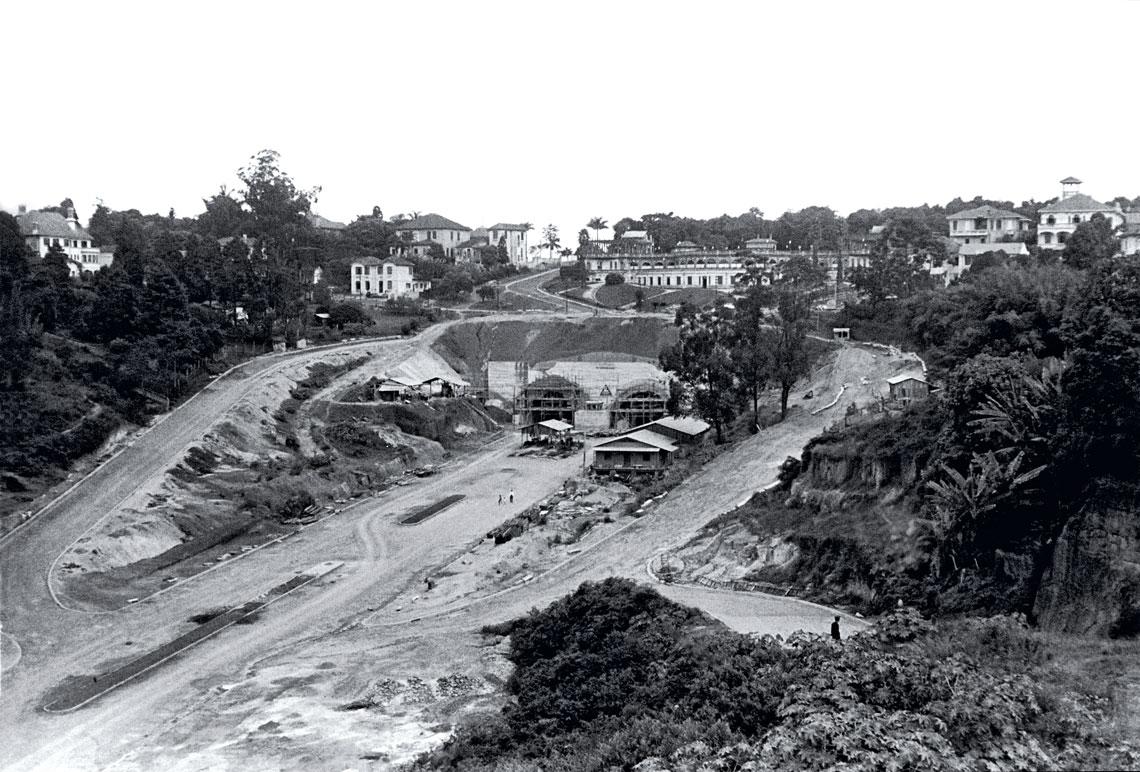 Iconographic Collection of the São Paulo Secretariat of Culture / Reproduced By B. J. Duarte Image Hunter

Construction of Av. 9 de Julho and tunnels, in São Paulo (1939): a record of the growth of the cityIconographic Collection of the São Paulo Secretariat of Culture / Reproduced By B. J. Duarte Image Hunter

With Jatene’s technical assistance, Duarte’s filmography includes an extensive list of specialized titles, such as Marcapasso implantável (Implantable pacemaker), Revascularização do infarte (Revascularization after myocardial infarction), and Válvula cardíaca artificial (Artificial heart valve). It was media aimed at medical students and doctors in courses, workshops, and conferences, with the goal of promoting to the rest of the country the techniques developed by the São Paulo centers. “Duarte helped promote medical solutions and research results hitherto far removed from the reality of health care in Brazil,” says Barros da Silva. The technical content was no obstacle to esthetic experimentation. The first scene from Uma escola de medicos (A school of doctors), for example, shows a wide aerial shot of the São Paulo School of Medicine compound. In his autobiography, published in 1982, the filmmaker writes that his work was about making artistic “what for some should be restricted to the scientific only.” Duarte was filming until close to his death, in the 1990s.

Photography and cinema
Born in Franca, in the state of São Paulo, the documentary filmmaker wanted to attend medical school, but his family’s financial difficulties prevented it and he ended up attending the São Paulo Law School. In the early 1930s, he began earning a living as a photographer―a skill he learned from a Portuguese uncle during a stay in France. Back in São Paulo, he worked as a photographer for the newspaper Diário Nacional until he was hired by the iconography section of the São Paulo Department of Culture (equivalent to a municipal secretariat), where he worked from 1935 to 1964. “It was Mário de Andrade―then-director of the Department of Culture―who got Duarte a job at city hall,” shares sociologist Afrânio Mendes Catani, who wrote a PhD thesis on Duarte’s films in 1992. A retired professor at the USP College of Education, Catani points out how much Duarte had in common with the modernist author. “Both appreciated São Paulo’s medical profession and its cultural management.” 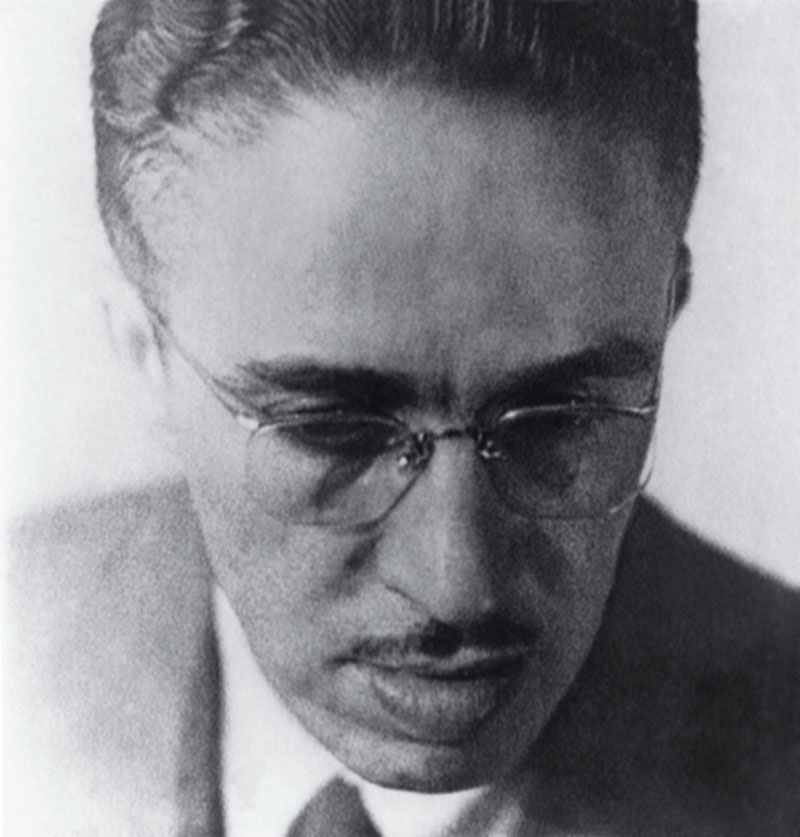 Iconographic Collection of the São Paulo Secretariat of Culture / Reproduced By B. J. Duarte Image Hunter

J. B. Duarte: close to doctors, researchers, and filmmakersIconographic Collection of the São Paulo Secretariat of Culture / Reproduced By B. J. Duarte Image Hunter

Beginning in 1937, when he was an employee of the São Paulo City Hall, Duarte started making his first documentaries. Until 1954, the theme of Brazilian culture appeared frequently in his work, with an emphasis on education, public healthcare, and urban spaces. “His films portray, for example, the work of health educators and children undergoing medical care, as a means of registering the modernization process promoted by the federal government during the first half of the twentieth century,” stresses Barros da Silva. During this time, Duarte produced numerous documentaries commissioned by the city’s administration, such as the Secretariats of Finance, Education, and Public Works, in addition to the Department of Culture. The researcher points out that the films, made from the perspective of the government, show Duarte’s concern for strengthening civilizing models in order to help the country catch up through formal education. “All of this coupled with hygiene campaigns promoted in São Paulo at that same time period.”

Duarte shared the views of Mário de Andrade and other intellectuals from São Paulo: that the activities should be documented, explains Carlos Wendel de Magalhães, who served as director of the Cinemateca Brasileira between 2002 and 2012. Part of the filmmaker’s collection is preserved there. “The films were shown in exhibitions, schools, and public libraries as educational material. At the same time, they have become an important historical source for understanding the urbanization of São Paulo, which brings Duarte closer to scientific cinema rather than solely aligned with the educational genre,” explains Magalhães. The filmmaker was indeed influenced by the likes of French director Jean Painlevé (1902–1989), whose films on marine biology were educational, but also contained scientific information. “Painlevé made a clear distinction between research films and films for promoting science, the latter being the genre in which he felt most at home,” shares Barros da Silva, emphasizing that, in Brazil, the ethnographic documentaries produced by the Rondon Commission in the early twentieth century did something similar (see Pesquisa FAPESP issue no. 255).

Scenes from the 1963 film Uma escola de médicos (A school of doctors), about the 30th anniversary of the São Paulo School of MedicineFilm Uma Escola de Medicos

Duarte became more and more familiar with recording science, strengthening ties with well-known São Paulo doctors and researchers. “He began to be considered among a group of other documentary filmmakers dedicated to cinema and scientific cinema, such as Roquette Pinto, Humberto Mauro, and Alberto Federmann, who worked with microphotography at the Biological Institute of São Paulo,” shares the researcher. From then on, the filmmaker became sought out not only by universities, but also by national and multinational companies that were building research laboratories in the country, including Johnson & Johnson, Roche, and Rhodia. “These companies paid Duarte handsomely for institutional films that provided publicity and promoted research. It was one way he made money,” says Catani. “His work began to appear at academic events, scientific conferences, medical and nursing schools, and hospitals around the world.”

In his memoirs, Duarte reflected on the challenges of producing scientific films and disseminating science―challenges that remain to this day and are faced by other documentarians and YouTubers with science channels on the internet. “The goal is avoiding the slow pace and monotony of very analytical images,” he wrote in his autobiography. The films were self-funded or had sponsors that he sought out himself. During her research, Barros e Silva found reports where the filmmaker discusses how the use of cinematographic resources, such as cuts and scene transitions, can help add a certain “drama” to documentaries. The researcher claims that having access to a doctor’s or scientist’s gaze provided a new perspective on the reality of the scientific world, which to that point was obscure, but was becoming clearer as it materialized in the amplified cinematic images.