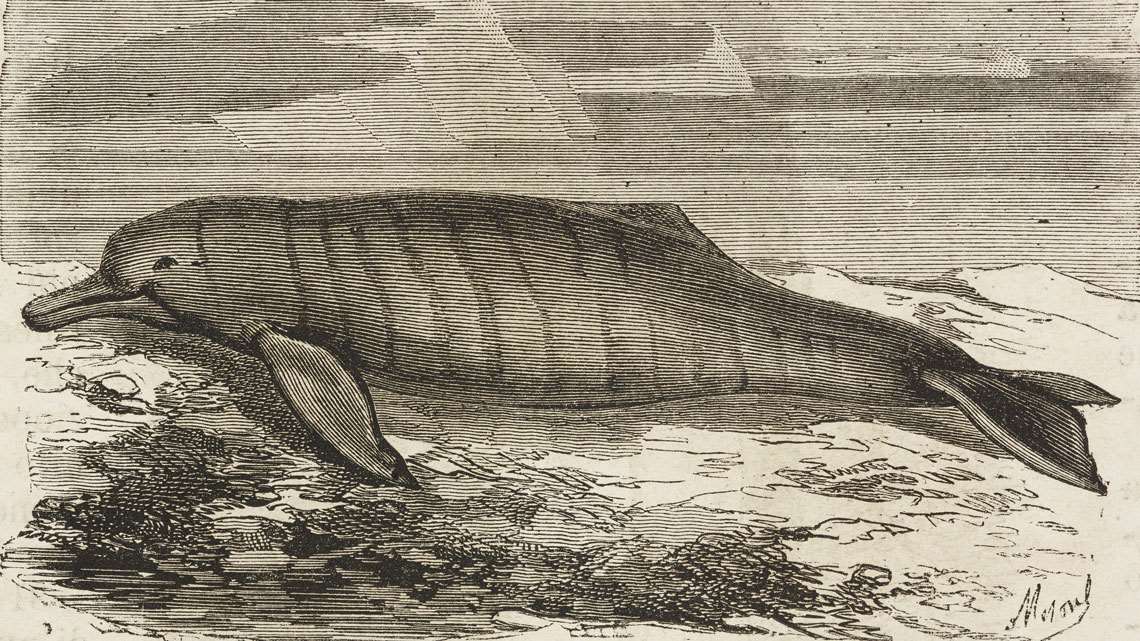 Mid-nineteenth century drawing of an Amazon river dolphin, an aquatic mammal whose ancestors came from the Caribbean Sea

The Amazon river dolphin (Inia geoffrensis) populates rivers in the Amazon and Brazilian folklore as a species that does not seem to fully belong to its surrounding environment. Recent research supports this perception. The ancestors of the largest known freshwater dolphin originated in the Caribbean and arrived in the region via incursions by the sea into the northwestern Amazon between 23 and 5.3 million years ago, during the geological epoch called the Miocene. There is no consensus on the frequency, duration, and extent of these inundations, which would have had an influence on present-day Amazonian fauna and flora. A new study supports the hypothesis that these marine floods occurred in greater number or more intensely than much of the scientific literature suggests, an alternative view that has started to gain ground in the last five years.

“We considered two possible scenarios,” explains Carlos D’Apolito Júnior, a palynologist from the Federal University of Mato Grosso (UFMT) and one of the authors of an article published in the scientific journal Global and Planetary Change in August 2021. “Either there were actually three marine flooding events, rather than the two usually considered, or the second lasted for longer and spread over a larger area.” Silane Caminha, another palynologist from UFMT, and Bruno Espinosa, a master’s student being supervised by D’Apolito, also contributed to the study.

The theory is supported by data from an analysis of pollen grains obtained from a hole drilled by the Brazilian Geological Survey (CPRM) in the Amazonian municipality of Atalaia do Norte in the Solimões River basin, near the border between Brazil, Peru, and Colombia. At 34 meters below the Earth’s surface, almost 20% of the 374 organic microfossils studied came from marine plankton algae, an indication that saline sea water once covered the region. The geological layer the samples were taken from is the lowest in the Amazon that evidence of marine creatures has been found. Its age is estimated at between 11 and 10 million years.

The discovery of traces of a marine environment from this time in an area now covered by dense forest may indicate that the western Amazon was actually flooded more than twice by the Caribbean Sea or that the second incursion lasted longer and covered a greater area. There is reasonable consensus that there was a first flood between 23 and 16 million years ago, and a second between 16 and 11.6 million years ago. These two episodes would each have lasted for between 300,000 and 400,000 years and created a relatively shallow aquatic environment in the western Amazon, according to a paper published in Science Advances in 2017 by Carlos Jaramillo, a Colombian palynologist from the Smithsonian Tropical Research Institute (STRI) in Panama. 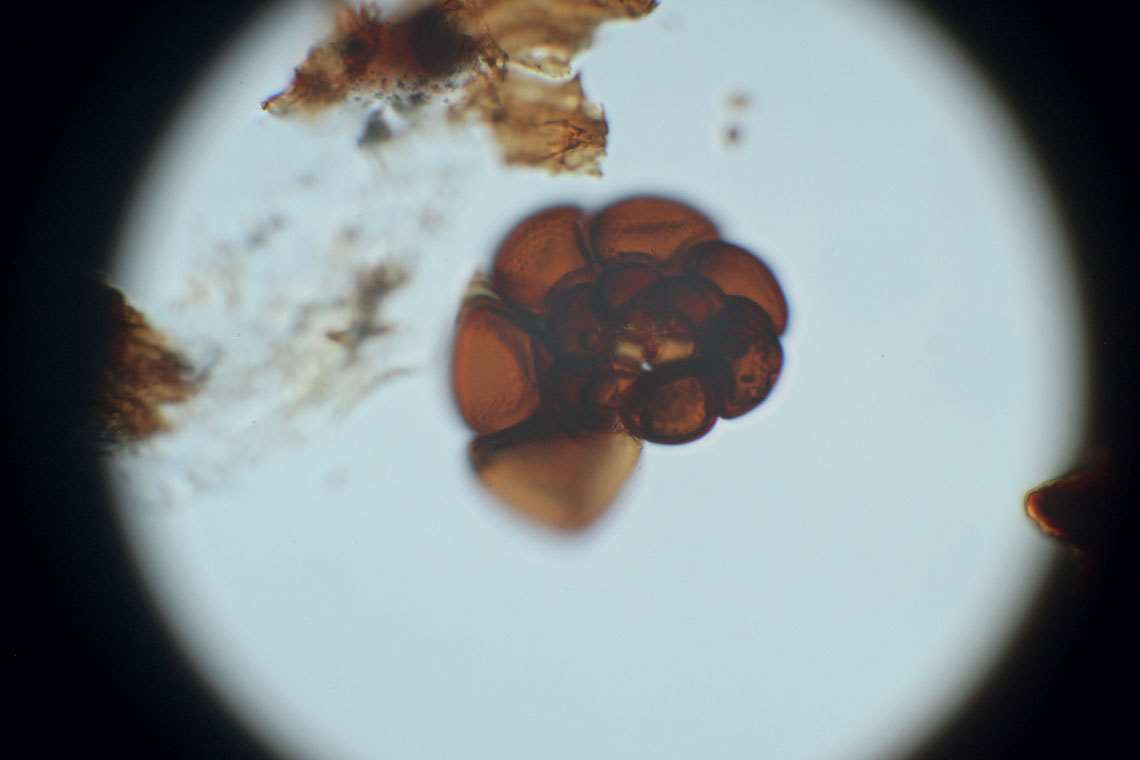 Microfossil of an organic carapace from a marine foraminifera found in the Amazon, evidence that the region was once covered by ocean waterCarlos D’apolito Júnior

In the study, Jaramillo’s team analyzed sediment and pollen samples from two areas of the Amazon: the eastern Colombian region of the Llanos basin and the confluence of the Amazon and Solimões rivers. He found robust evidence of the two Caribbean floods (but not a third) at both locations, including a shark’s tooth and a shrimp. “We are trying to understand how the floods influenced the climate in the western Amazon, and the size and direction of its rivers,” the Smithsonian researcher said in an interview with Pesquisa FAPESP. In an article published in the Journal of South American Earth Sciences in 2020, Caminha, from UFMT, suggests that the Caribbean Sea reached as far as the Acre River basin, close to the border with Bolivia.

A few million years ago, areas of what is now the Amazon rainforest were part of a very different ecosystem. During the Miocene, some of the northwestern Amazon was covered by a large swamp known as the Pebas Formation, a flooded area 20 times larger than the Pantanal that covered parts of Brazil, Peru, and Colombia as far as a thousand kilometers from the sea. When the Andes were formed, a wide lowland was created in the western Amazon where swamps formed. There are indications that the Pebas Formation contained areas of both fresh and salt water, suggesting that in the past it was once connected to the ocean.

Understanding the dynamics of marine incursions is essential to advancing our knowledge of the historical processes that led to the high biodiversity seen in the Amazon. “A wetland system with marine influences may have functioned as a geographic barrier for millions of years, contributing to the emergence of new species,” explains D’Apolito. “At the same time, it may have acted as a corridor for the arrival of new marine species, such as porpoises and stingrays, as well as plants.”

Because most rocks from the Miocene in western Amazonia are covered by dense forest, drilling is the primary means of obtaining and studying microfossils that can help in reconstructing the region’s past. This is the objective of a research project funded by FAPESP that recently began under the leadership of André Sawakuchi, a geologist from the Institute of Geosciences (IGC) at the University of São Paulo (USP). The research is part of the Trans-Amazon Drilling Project (TADP), an international scientific initiative involving researchers from institutions in 12 countries that aims to drill and collect geological samples across the Amazon, from the Andes to the Atlantic. “We want to reconstruct the history of the climate, forests, and rivers of the Amazon throughout the Cenozoic Era (the last 65 million years),” explains Sawakuchi.