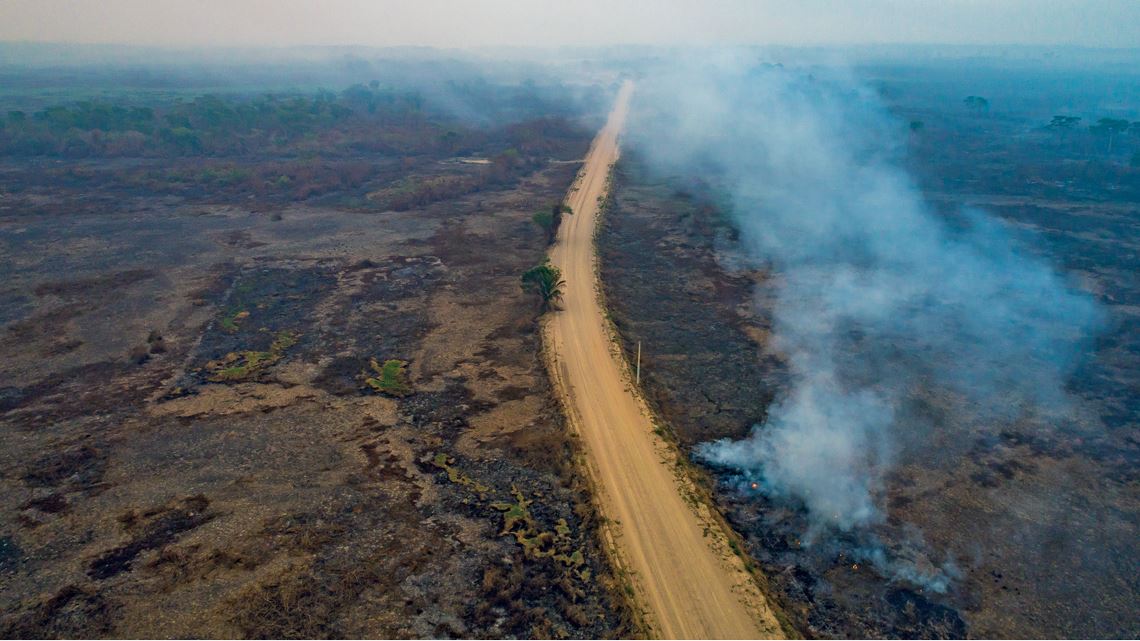 Aerial view of the Transpantaneira highway in the municipality of Poconé, Mato Grosso State, on September 25, 2020

Across 2019 and 2020, the Pantanal faced the worst drought recorded in the last 50 years. Researchers from the Center for Natural Disasters Monitoring (CEMADEN), the Brazilian National Institute for Space Research (INPE), and São Paulo State University (UNESP) identified the main meteorological causes of the phenomenon and described their impact on declining water levels in the Paraguay River, the largest in the region (Frontiers in Water, February 23). “The lack of rainfall in the Pantanal during the summers of 2019 and 2020 is related to less hot and humid air coming to the region from the Amazon,” Carlos Marengo, head of CEMADEN, told Agência FAPESP. The emergence of a high pressure zone in the Brazilian Midwest prevented the arrival of moisture from the Amazon and increased summer temperatures in the Pantanal. The prolonged drought increased the risk of wildfires caused by uncontrolled fires used to clear areas for livestock farming.