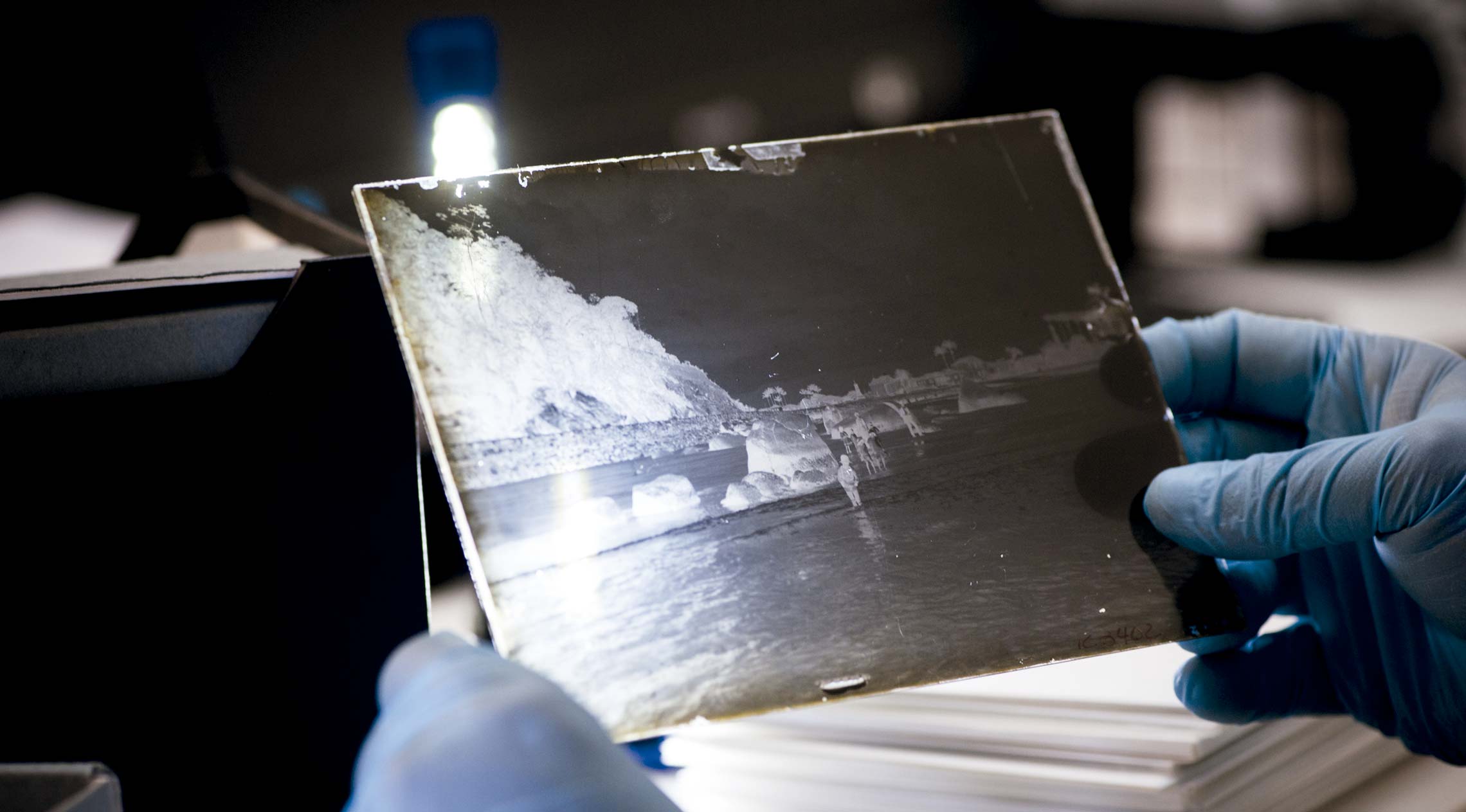 A photographic glass plate negative from the Benedito Calixto collection, taken in the early 1900s and preserved at the Paulista Museum

The National Museum, founded in 1818 as the Royal Museum and run by the Federal University of Rio de Janeiro since 1946, is one of several Brazilian museums engaged in research and education that predate the universities housing them today. More than just venues for exhibiting objects, their mission extends across three concurrent fronts: organizing exhibits of animals, plants, minerals, historical objects or works of art; providing education, especially graduate programs; and doing research. Each front requires dedicated staff—not to mention the endless, laborious work of identifying, classifying, cataloging, and storing the continuous inflow of animal, plant, and other specimens obtained from research or donations.

University museum collections—often numbering millions of items, especially in biological museums—serve multiple purposes: they are used in exhibits, in lectures, and in research. “A university museum is more than just an exhibition space,” says historian Solange Ferraz de Lima, director of the University of São Paulo’s Paulista Museum (MP-USP), better known as Museu do Ipiranga. The museum was founded in 1895 originally as the Natural History Museum, and is the oldest public museum in the city of São Paulo. In 1963 it was placed under the administration of USP. It received 350,000 visitors the year before it was closed for renovations, in 2013 (see article on page 26).

The MP’s collection comprises 450,000 items including paintings, photographs, sculptures, coins, stamps, furniture, toys, kitchen utensils, and other everyday objects. Some items are still being removed from the main building for temporary storage in five rented houses nearby.

In 2008, the Mappin department store chain donated a collection of 60,000 newspaper clippings, 4,000 photographs, 100 videotapes, and 65 film rolls featuring advertisements and fashion shows hosted by the chain, which operated in São Paulo from 1913 to 1999. This provided material for two master’s and one postdoctoral dissertation under the supervision of historian Vânia Carneiro de Carvalho, a member of the museum’s staff. “Although the main building is currently closed to visitors, our research activities have continued,” says de Lima. The museum has five faculty members who also lecture in graduate programs on other USP campuses, and regularly hosts researchers from across Brazil and other countries.

Donation from the Federal Revenue Service
Another example is the Museum of Archaeology and Ethnology (MAE-USP), which inherited part of its collection from the MP. “We use the collection to support research,” says archaeologist Paulo DeBlasis, who runs the museum. In addition to its routine exhibitions, the MAE has 18 researchers, offers elective lectures for undergraduate students in any program at USP, and administers master’s and doctoral degree programs in archaeology, in which approximately 100 students are currently enrolled. The museum is due to receive 1,376 indigenous artifacts confiscated by the Federal Revenue Service, adding to its collection of about 1 million items, and providing additional material for lectures and research (see box on page 52). USP’s Museum of Zoology (MZ), MP, MAE, Museum of Contemporary Art (MAC), and Museum of Modern Art (MAM) also run a joint graduate program in museology.

Many museums around the world are linked to universities. “We share services with the university and work closely with departments, researchers, professors, and students,” says Laura Van Broekhoven, director of the Pitt Rivers Museum, a museum of archaeology and ethnography at Oxford University, founded in 1884. “We also provide a bridge between local communities and the academic community, as one of the few places in Oxford that is open to all visitors and not only university staff.”

Museums at Oxford and other universities are funded from multiple sources that include the universities themselves, government agencies, revenues from museum stores, donations, and returns on endowment funds. In Brazil, museums combining community outreach (exhibitions), education, and research activities depend largely on their parent universities for funding. But seeking alternative sources of funding has become an increasing concern for museum managers as they face tighter budget constraints.

Not all institutions with large collections and engaged in education and research activities are run by universities. For example, the Rio de Janeiro Botanical Garden, one of the oldest scientific institutions in Brazil, is linked to the Ministry of the Environment. It receives about 650,000 visitors per year at its arboretum, an area hosting about 9,000 plant species from around the world, and operates a herbarium with a collection of 800,000 preserved plant specimens. The institution has 42 researchers and approximately 70 students pursuing academic and professional master’s degrees (for specialists already working in the field of conservation science), as well as an academic doctorate program. Other examples include the Emílio Goeldi Museum of Pará, linked to the Ministry of Science, Technology, Innovation and Communications, and the Butantan Institute, an institution run by the São Paulo State Department of Health (see boxes Butantan rebuilds collections and Beyond the garden, and article).

With contributions from Bruno de Pierro