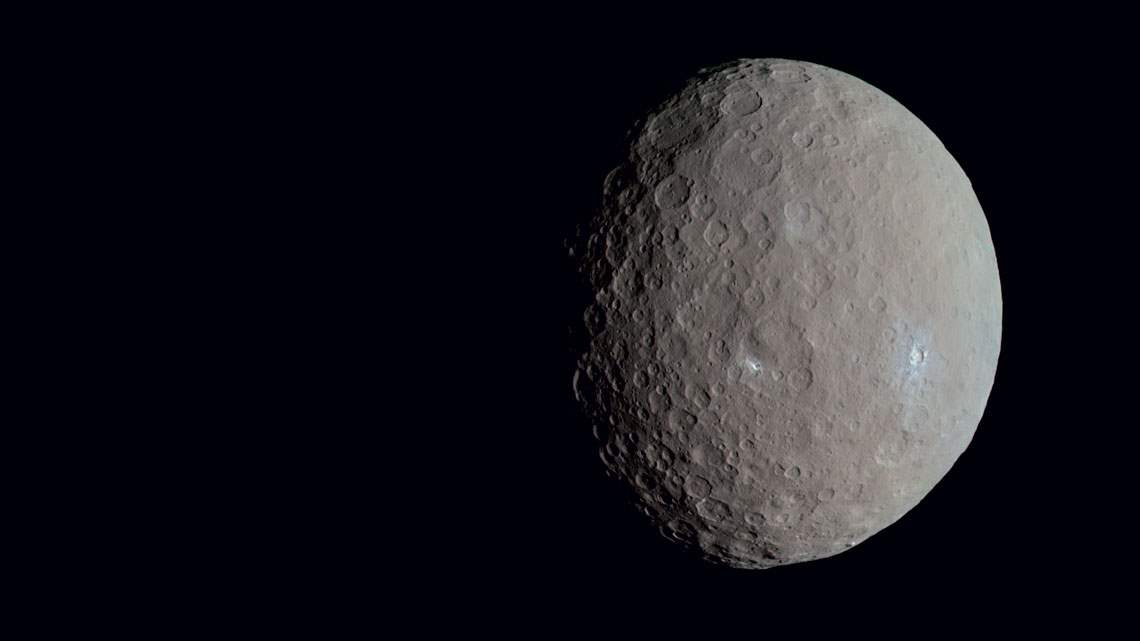 Ceres, the largest object in the asteroid belt between Mars and Jupiter

Ceres is one of the Solar System’s dwarf planets and the only one located in the asteroid belt between Mars and Jupiter. At 940 kilometers in diameter (one-third of the size of the Moon) and approximately spherical in shape, Ceres is the largest object in the belt, representing 30% of its mass. The composition of its ammonia-rich external layers suggests, however, that it formed beyond Jupiter’s orbit. In search of the dwarf planet’s origin, physicists Rafael Ribeiro de Sousa and Ernesto Vieira Neto from São Paulo State University (UNESP) and their colleagues modeled the early evolution of the outermost region of the Solar System, beyond Saturn. Assuming that there were 3,600 Ceres-sized objects in this region of the disk of gas and dust that gave rise to the Solar System (a number estimated by previous research), the scientists found that there was a high probability that at least one of them would move toward the asteroid belt after Jupiter and Saturn were formed (Icarus, June).