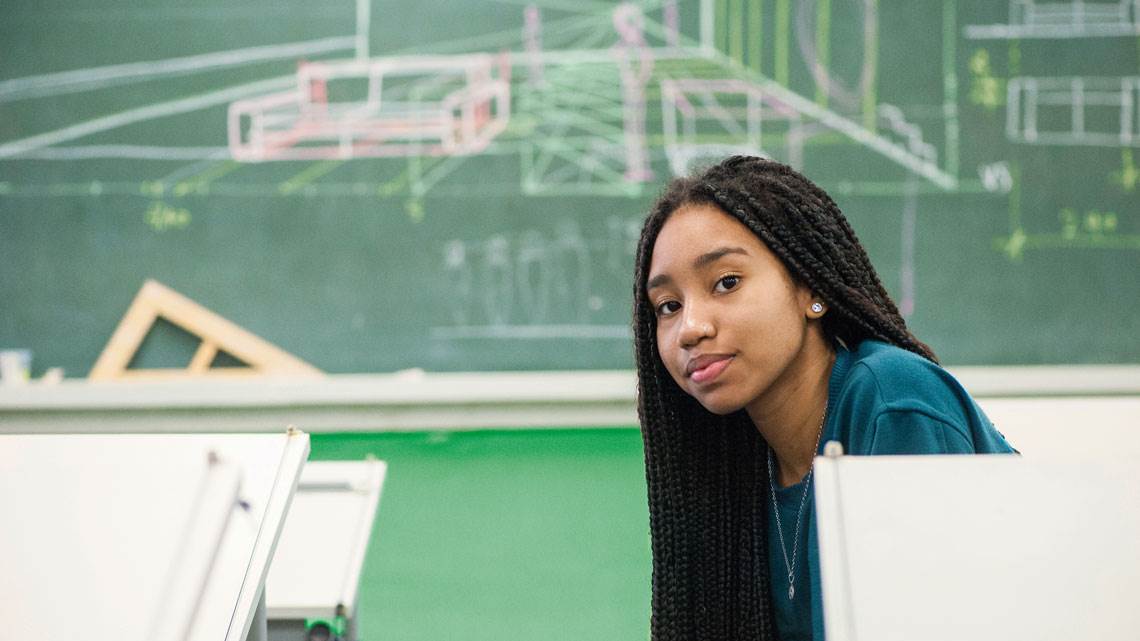 Lorena de Farias Gomes at the Guaracy Silveira State Technical School in São Paulo: the 15 to 29 age group represents one quarter of the national population

Brazil has never had such a youthful populace. From 2003 to 2020, the country counted the highest percentage of people aged 15 to 29 ever recorded, in absolute numbers. According to the Brazilian Institute of Geography and Statistics (IBGE), in 2020 there were about 50 million individuals in this age group, equivalent to a quarter of the national population. This marks the largest workforce in the country’s history, which could represent a promising future for the national economy. On the other hand, the percentage of unemployed young people is also at record levels: 41.88% among individuals aged 14 to 17 and 26.8% among those aged 18 to 24, in 2021. In terms of education, the numbers are worrying. Access to secondary education is not yet universal across Brazil and 28.6% of young people ages 15 to 17 are behind relative to their peers, according to the IBGE. How can these obstacles be overcome? Recent research points out ways to formulate public policies that would mitigate the problems, focusing on initiatives to improve the high school curriculum and promote integration into the job market.

“Despite the demographic peak, the number of young people aged 15 to 29 in Brazil will tend to drop significantly over the next 40 years and may be reduced in half by the end of this century. The country needs to take advantage of the size of its current workforce to energize the economy,” says economist Marcelo Neri from the Brazilian School of Economics and Finance at the Getulio Vargas Foundation (EPGE-FGV), commenting on the results of a survey carried out in 2021 by Atlas das Juventudes [Youth Atlas]. While noting that youth is a stage in life that comes replete with challenges like leaving school and, in many cases, the family environment, Neri emphasizes that the current generation faces extra difficulties, including those related to Covid-19. He says that since the start of the pandemic in Brazil in March 2020, enrollments of young people ages 15 through 29 in basic education has increased. “But this happened because many lost their jobs and decided to go back to school,” he observes. The economist also points out that, according to data from the Ministry of Education (MEC), approval rates of students admitted to schools were high in 2020 and 2021. However, he doesn’t consider these to be positive data, since the institutions were not demanding minimum grade scores, much less in-person attendance of students in the classroom. “These complexities bring additional challenges for public policy makers in Brazil, who must consider the size of the youth population and its strategic importance in order to prioritize actions that foster entry into the labor market, whether through employment or entrepreneurial activities,” Neri advises.

The growing gap between young people and the job market is a central challenge for the country’s future, according to economist Carlos Henrique Leite Corseuil, from the Institute for Applied Economic Research (IPEA). Using data from IBGE’s Continuous National Household Sample Survey (Continuous PNAD), for the last 15 years Corseuil—in partnership with other researchers at the institution—has been developing studies on changing conditions in the labor market. The data captured an increase in youth unemployment rates even before the pandemic, especially from 2015 through 2017. During the first quarter of 2013 the proportion of unemployed young people who had been seeking employment for at least one year was 29.9%, however, by 2019 this number had risen to 38.8%. “The analyses show that young people are remaining caught in this situation for longer,” he says.

In addition, Corseuil determined that from 2012 to 2018, 53% of young people aged 15 to 29 entered the job market in unstable occupations. “Beginning one’s professional life in the informal sector and living through situations of unemployment are events that can compromise a young person’s career trajectory for years,” the economist observes. Among unemployed young people, the segment of those able to work but not looking for a job increased from 4.1% in the first quarter of 2015 to 10.8% in the first quarter of 2017. “Part of this situation is due to the economic recession the country has faced since 2014, as well as the changes in legislation put into practice in 2017 and 2018, which increased the degree of flexibility in labor relations, facilitating the provision of services by third parties,” he says, emphasizing that the pandemic has only worsened circumstances. Due to the health crisis, the proportion of young people with employment, which was at 48.6% in the first quarter of 2020, was reduced to 41.4% in the following quarter. “This drop is unprecedented during the period covered by the Continuous PNAD survey, since 2012,” Corseuil adds. 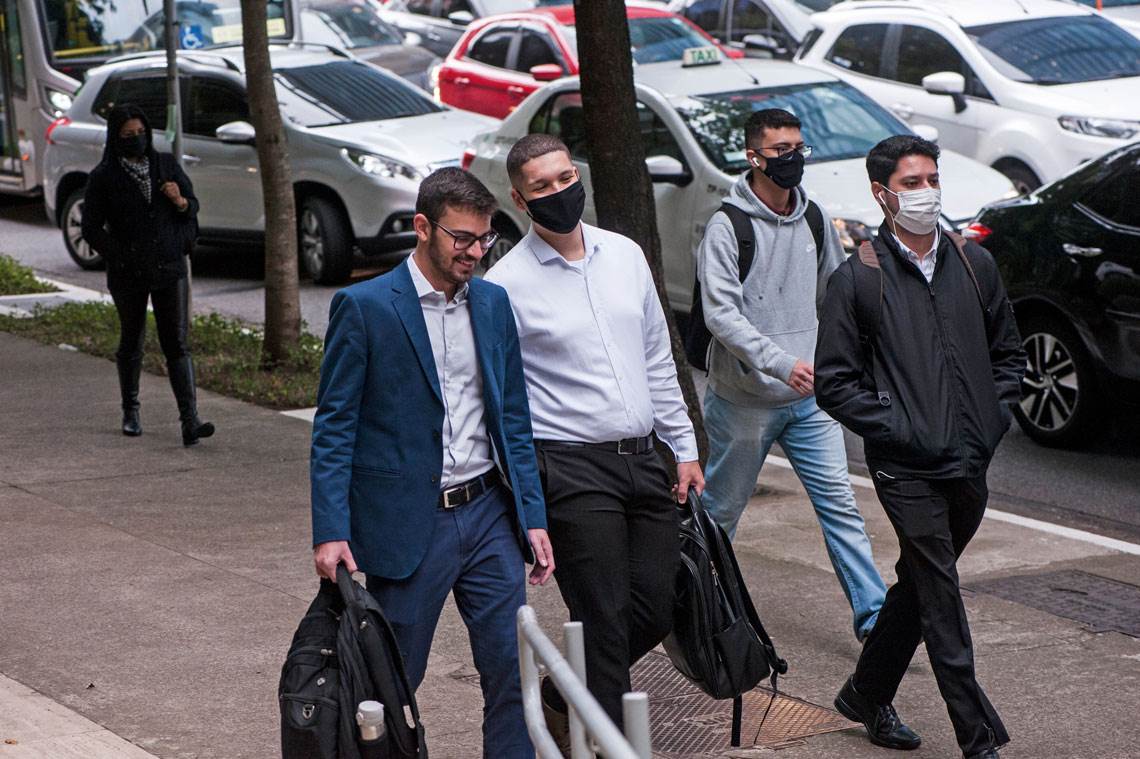 Miguel Nathan Foguel, another IPEA economist and a professor at the Pontifical Catholic University of Rio de Janeiro (PUC-RJ), emphasizes that the situation could be mitigated through the formulation of specific policies for youth. He notes that the establishment of the National Youth Policy, in 2005, was a milestone which gave rise to programs to increase schooling and incentivize school reintegration and entry into the labor market. One consequence of these initiatives, according to the National Institute of Educational Studies and Research (INEP), was that the number of young people ages 15 to 17 no longer attending school dropped to 16.3% in 2011, from 18.9% in 2000. Furthermore, during that same period of time, high school attendance in this age group increased from 36.9% to 51.6%, while the dropout rate fell from 18.1% to 10.3%.

Another successful policy example is a program created by the federal government in 2000 to incentivize high school students’ access to apprenticeships in companies, by reducing the tax burden involved in hiring interns. In 2016, in partnership with Corseuil and another PUC-RJ economist, Gustavo Gonzaga, Foguel evaluated the program. Their principal finding was that students who work as apprentices tend to get formal employment within three to five years after the experience and are 43% more likely to complete high school. 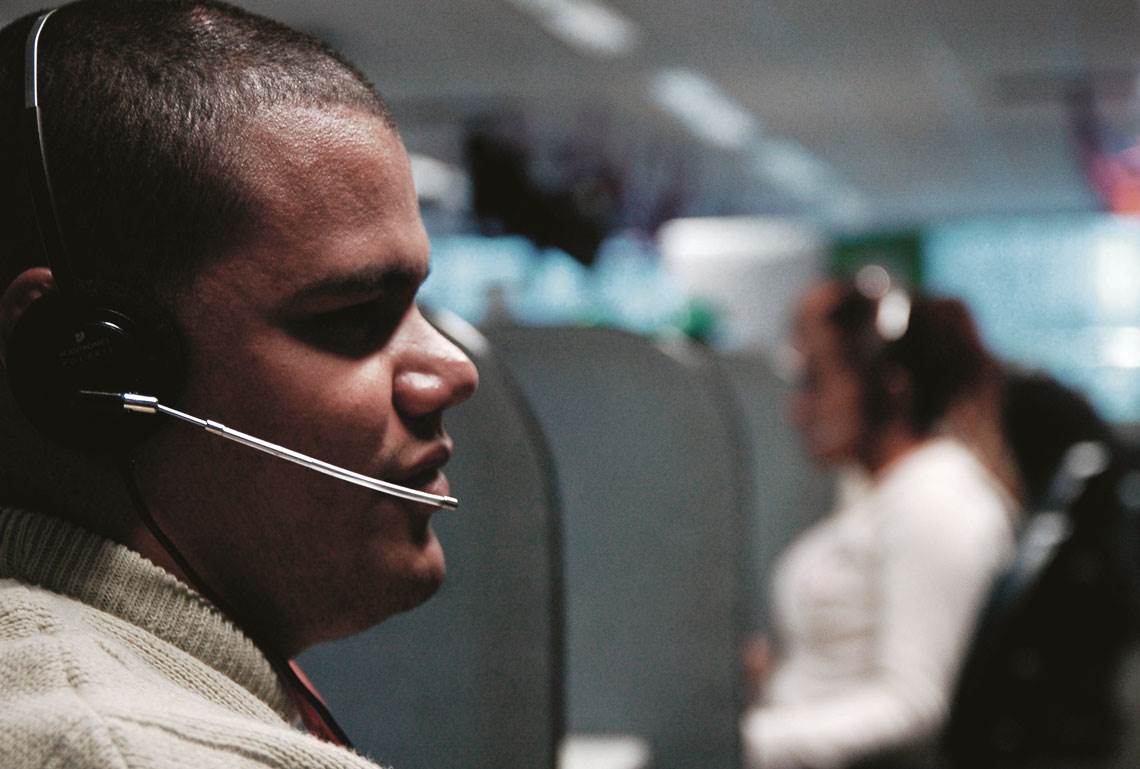 In addition to promoting integration into the job market through initiatives aimed at the corporate world, research indicates that technical and vocational training correlate with youth employability. According to the National Institute of Educational Studies and Research (INEP), enrollments in vocational education programs have increased by 31.2% over the last five years, from 554,000 in 2017 to 726,000 in 2021. That same year, an investigation conducted with 49,500 graduates from the National Service for Industrial Learning (SENAI), aged 14 to 24, found that 7 out of 10 students who had attended the institution’s high school technical courses were employed, though not necessarily in their areas of training. Sectors such as automotive, refrigeration, mining, energy, automation, and metal mechanics have the highest levels of employability, according to the survey. The study also indicates that graduates of technical courses and technology undergraduates who work in their educational areas have 22% higher monthly incomes than graduates who work in sectors other than those in which they were educated.

Another example is the Formare Program. Created in 1989 by Iochpe-Maxion, a manufacturer of wheels and automotive components, the program offers vocational and art education courses for low-income youth, through partnerships established with 45 companies throughout Brazil. Developed in conjunction with the Federal Technical University of Paraná (UTFPR), the courses require about 1,200 class hours and are adapted to the necessities of partnering companies, offering theoretical and practical activities, technical knowledge, and subjects such as basic mathematics, communication, and business administration. “Many of these students are the first in their family to get experience in large companies, with the potential for gaining formal employment after completing the course,” says engineer Roberto Cândido, from UTFPR. The program has already served more than 25,000 students in 22 Brazilian states. In a survey conducted with their graduates, employability levels were also high: 93% of those who participated in the program had formal employment in 2021. 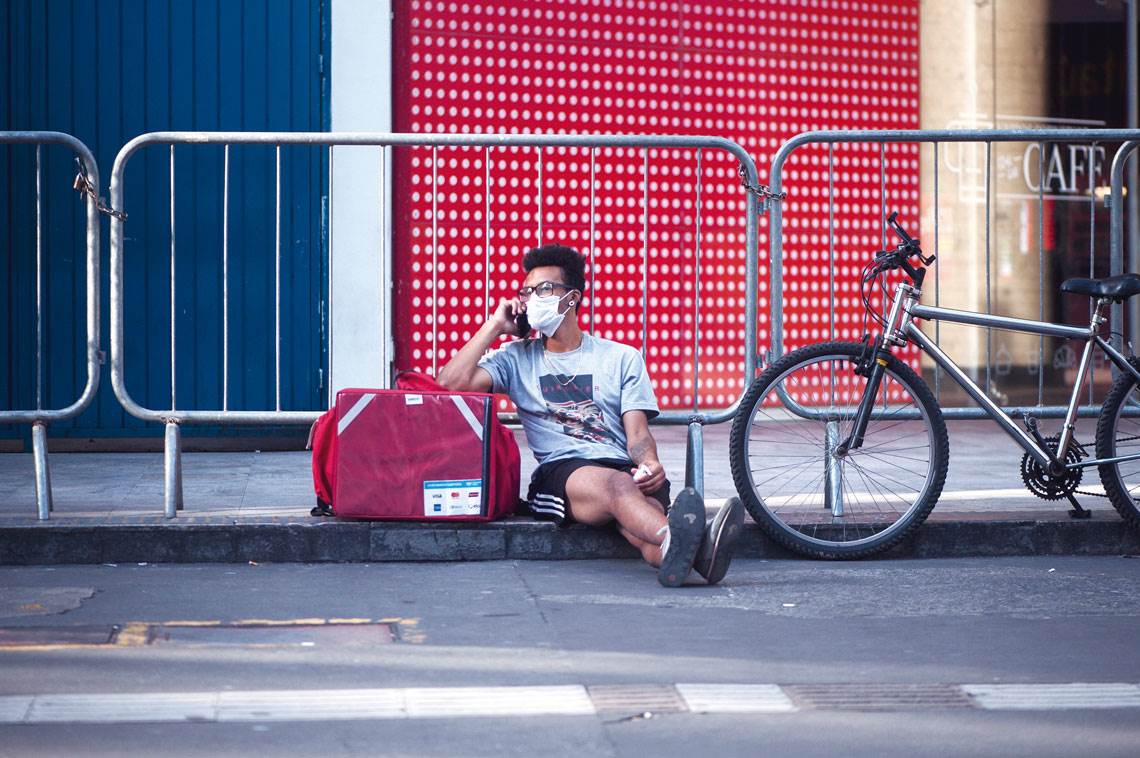 “Investing in public policies that increase technical and vocational training of young people is positive, but any real impacts depend on developing Brazil’s production structure. Otherwise, they will not be absorbed by the market,” warns Corseuil, alluding to the current scenario of deindustrialization that the country is experiencing. In the last decade, the manufacturing industry shrank around 1.4% per year, according to the National Confederation of Industry (CNI).

Sharing a similar perspective, economist Naercio Menezes from the Institute of Education and Research (INSPER), observes that Brazilian productivity has been stagnant for 40 years and calls attention to the fact that the national economy depends on innovation to grow. “We need to create coordinated actions to promote advances in the manufacturing and production sector and, at the same time, improve education for young people, giving them the capacity to innovate in areas such as robotics and technology, which are necessary to make the country grow. Furthermore, it’s also necessary to invest in their socio-emotional skills, which help them to face adversity in the job market,” he states.

Although technical and vocational training ensure better employability levels compared to standard secondary education, Menezes emphasizes that analyses of salary prospects show that higher education is always the best option, when compared to technical and vocational training. In a study on the subject conducted this year, he found that during the 30-year interval between 1981 and 2011, those who had completed standard high school earned 30% more than those who interrupted their educations during elementary school. “But when the overall number of individuals with high school educations increased, this difference began to fall. Today this percentage is at 15%,” he says. Those who complete technical education earn 15% more on average than those who complete their education with standard secondary education, however, those who complete higher education earn two-and-a-half times more than those who enter the job market with only standard high school diplomas.