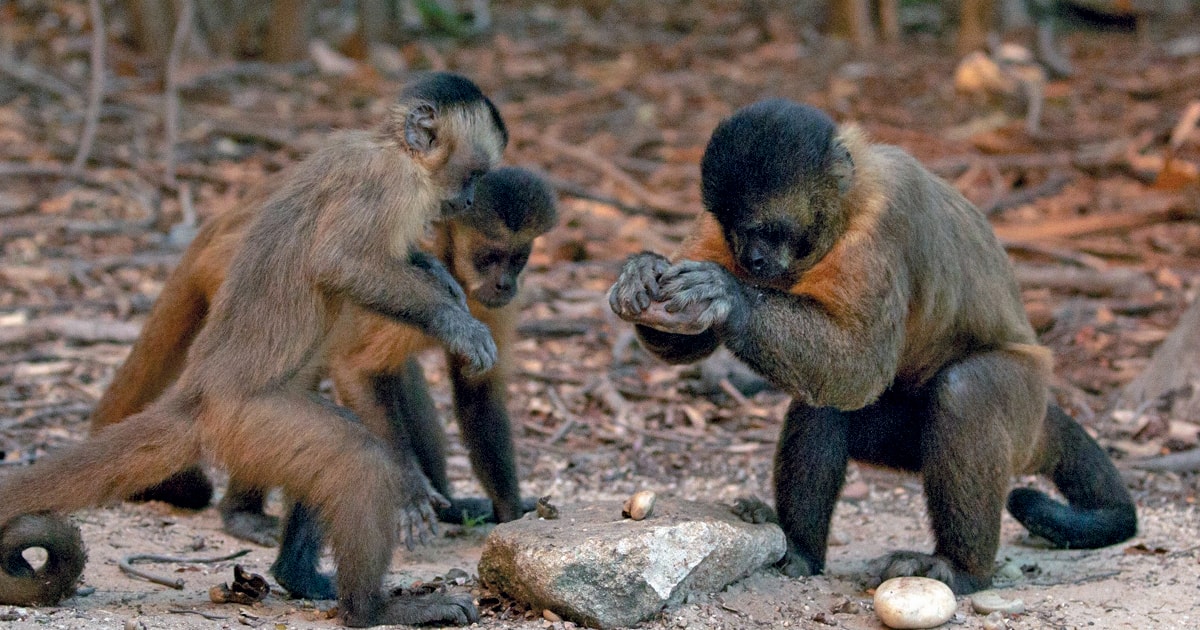 Adult male breaks cashew nuts, observed by a young male and a female

Capuchin monkeys (Sapajus libidinosus) living in Serra da Capivara National Park in Piauí 3,000 years ago knew how to break and crush fruits and seeds using stones. Their habits were recorded in the stones they used, which were found covered in impact marks during excavations by a team of British archaeologists and Brazilian ethologists (Nature Ecology and Evolution, June 26). “The stones are the same as the ones they use today,” says biologist Tiago Falótico, from the School of Arts, Sciences, and Humanities at the University of São Paulo (EACH-USP), who led the most recent excavations. As well as adding another 2,000 years to the known history of tool use among these monkeys, the researchers also found the first records of cultural change. Materials from 3,000–2,400 years ago show extensive use of small stones. “Today they use similar stones to break seeds and fruits like those of the maniçoba [Manihot pseudoglaziovii], a plant in the cassava family,” he says. In the next phase, between 640 and 565 years ago, the monkeys continued to use small stones, but they also made greater use of anvils—flat surfaces against which they smashed the food. More recently, they seem to have begun using larger stones, allowing them to break harder nuts, and the use of anvils has become more widespread. The only other nonhuman primates for which such archaeological evidence has been found are chimpanzees from Côte d’Ivoire, Africa. Excavations there have dated findings at 4,200 years, but there are no signs of cultural changes over time. 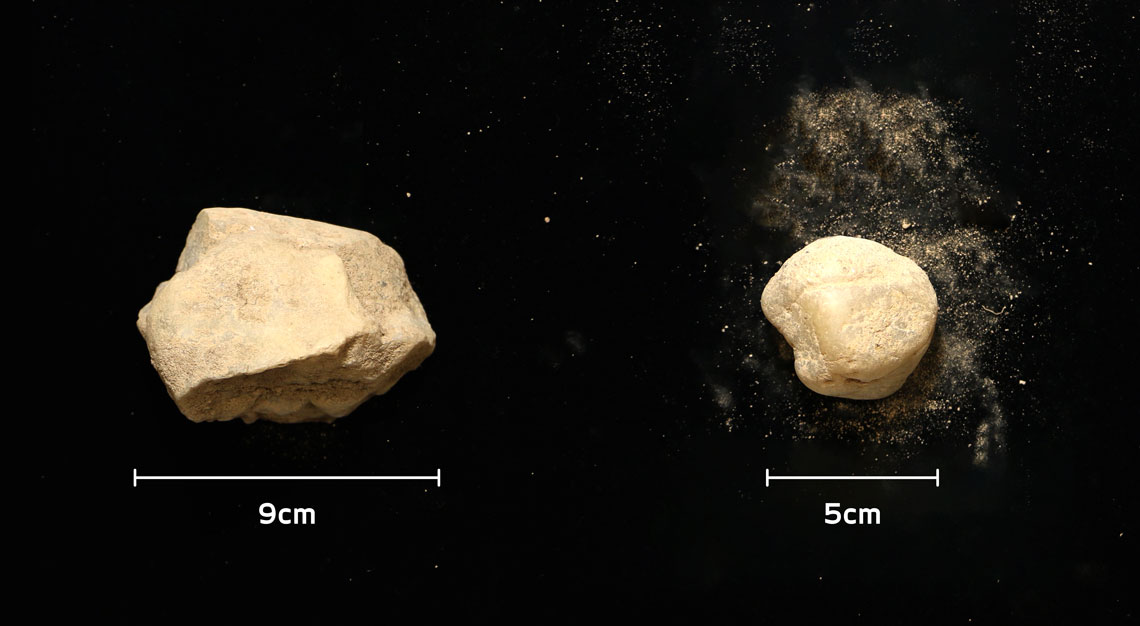