In 2017, the Scopus database recorded 456,960 articles, books, and conference proceedings produced by China, accounting for 18.9% of global scientific output. The US National Science Foundation data, released on May 30, shows that China surpassed the USA, which published 423,529 papers that year. From 2007 to 2017, Chinese output grew by 8.43% per year, much faster than the US (0.83%). The survey also found that annual academic output grew even faster in India (11.1%), which ranked third worldwide with 121,960 articles, books, and conference proceedings published in 2017. Among the largest producers of science in the world, Brazil ranked 12th, with 57,900 papers published in 2017 and an annual growth rate of 6.8%. The country with the highest growth rate was Iran, with output increasing by 15.3% per year over the 10 years analyzed, and 45,627 documents published in 2017. As well as rising rapidly, China has also shown itself to be more protectionist. In June, the Chinese government determined that studies of genes, cells, organs, or information from its population should involve at least one Chinese researcher. Effective since July 1, the new rules dictate that foreign organizations using Chinese biological materials must comply with Chinese laws, work in cooperation with Chinese institutes, and share data and patents. Anyone failing to comply could be fined (The scientist, June 17). 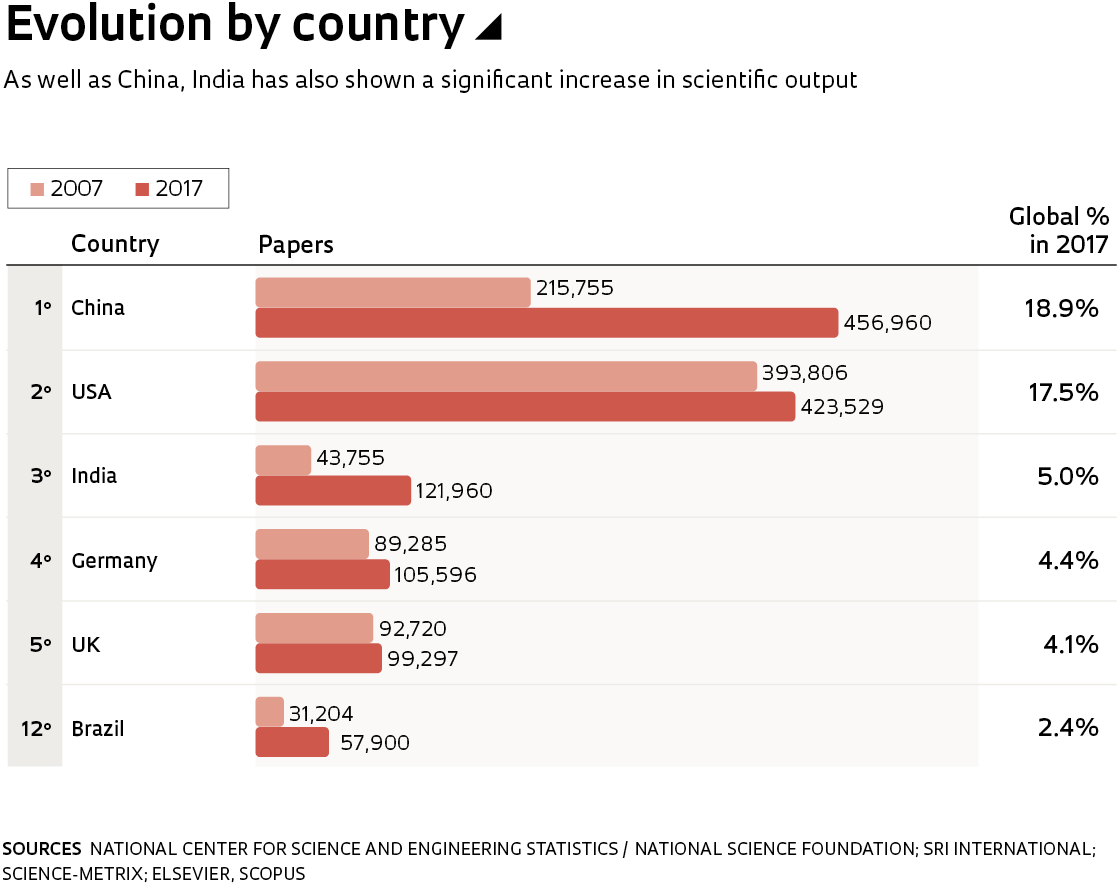