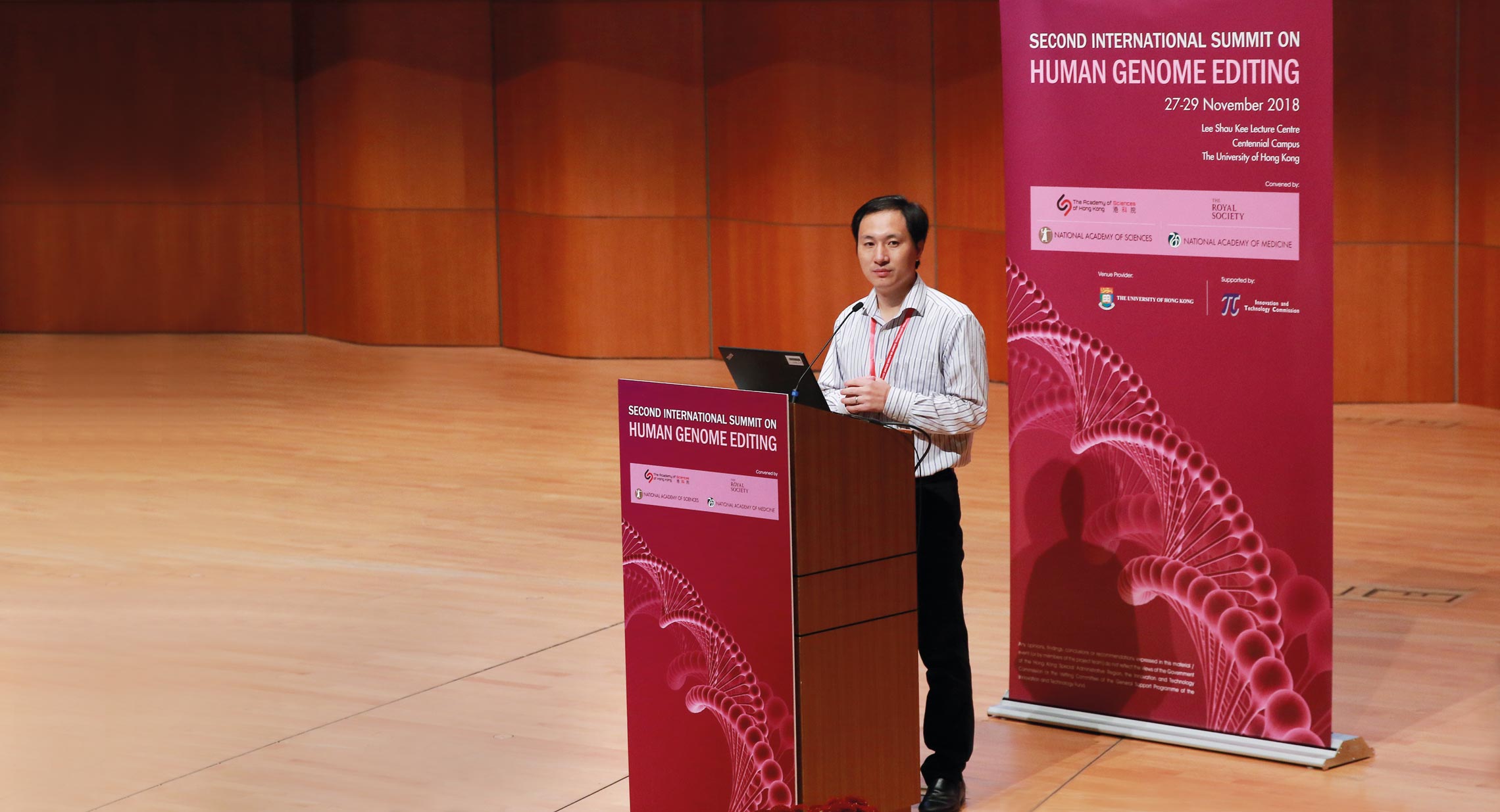 On November 26, the day before giving a presentation at the Second International Summit on Human Genome Editing in Hong Kong, Chinese biophysicist He Jiankui, 34, surprised the world by announcing that he had created the first babies—a pair of twins—with deliberately altered genomes. He claimed to have impregnated a woman with embryos whose CCR5 gene had been modified using the CRISPR-Cas9 gene-editing technique to make them resistant to HIV infection. He did not name the parents of the children (the father is HIV-positive), nor did he reveal where the alleged procedure was performed. He only reported that the newborns were perfectly healthy. He also provided no independent evidence—such as an article published in a peer-reviewed scientific journal—of having performed the controversial procedure, which is seen as highly questionable from an ethical, legal, and health standpoint. CRISPR-Cas9 is a promising but still experimental technique. There is a risk that as well as the desired changes, its use can result in harmful mutations. At the scientific meeting on November 28, He said he was “proud” of the procedure and reported that another woman is carrying a baby with the same alteration. The scientific community denounced the supposed experiment as unethical, irresponsible, and unnecessary (there are simpler and safer ways to avoid transmitting HIV to a baby). The Chinese authorities also deemed He’s experiment illegal and unethical, and suspended his academic activities. The researcher was a lecturer at the Southern University of Science and Technology in Shenzhen and runs two biotech companies. Days after the event, a Chinese newspaper reported that the researcher had gone missing, although the university denied the report.