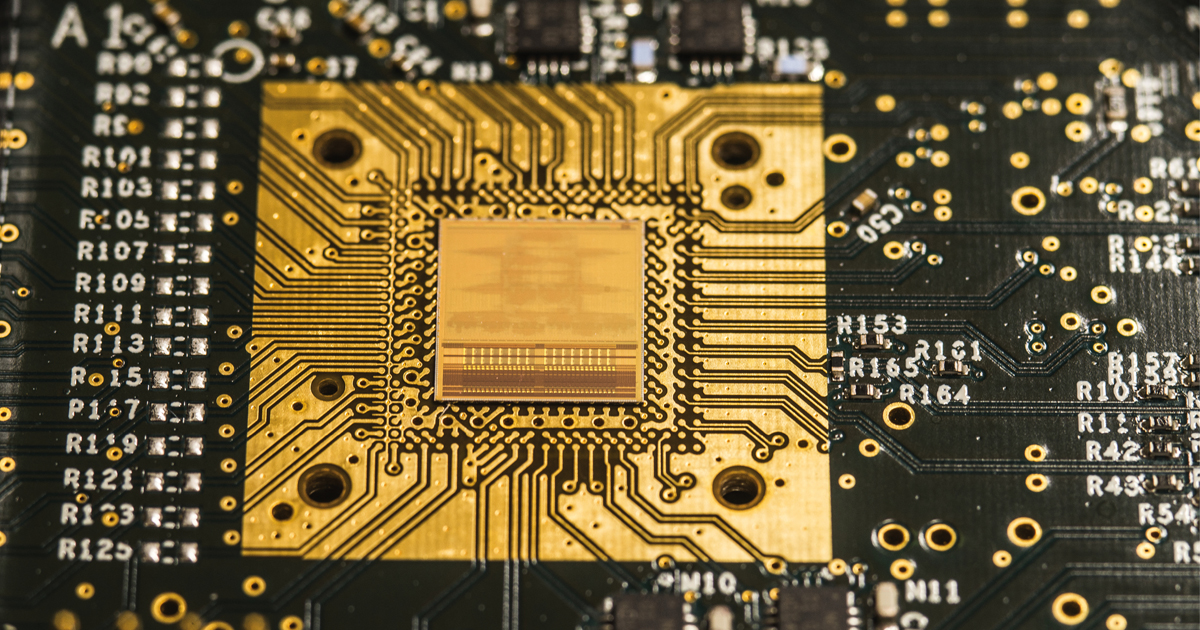 The Sampa chip is the small square in the middle, 1 centimeter wide, mounted on a test board

A small chip measuring less than 1 centimeter square will be one of Brazil’s contributions to the detection of elementary particles in the Large Hadron Collider (LHC), located on the border between France and Switzerland and run by the European Organization for Nuclear Research, known as CERN. Called Sampa, the device is being developed by researchers at the University of São Paulo (USP), the University of Campinas (Unicamp) and the Technological Institute of Aeronautics (ITA). The project started in 2013 and today has completed the second prototype, which is undergoing tests at laboratories in Brazil, Norway, Sweden, France, Russia and the United States. It is estimated that it will begin to be used in 2020.

Sampa will be installed in one of the four LHC particle detectors, called ALICE (short for A Large Ion Collider Experiment), on which 1,800 researchers from 174 institutions and 42 countries—including Brazil—work. “The objective is to reproduce—in the LHC—the plasma of quarks and gluons that would have existed for only a few microseconds after the Big Bang, which was the great explosion believed to have given rise to the Universe,” explains physicist Marcelo Gameiro Munhoz of the USP Physics Institute.

Quarks and gluons no longer exist separately in nature. They are enclosed within hadrons, particles of greater mass that can be categorized into baryons and mesons, such as protons, neutrons and pi mesons. “When you try to separate them, there are no free quarks. But, when colliding very high-energy lead nuclei, the quarks and gluons form a plasma, a sort of particle soup that flows like a liquid,” explains Munhoz. The main purpose of the ALICE experiment is to study this plasma. The Time Projection Chamber (TPC) is one of the devices used in it. Munhoz explains that the TPC is shaped like a barrel, 5 meters (m) in length and 5 m in diameter, full of gas, traversed longitudinally by a channel made of beryllium, with almost no air inside. “Beams of lead ions pass through this channel, at a speed just below the speed of light, in opposite directions, and collide,” says Munhoz. “The collision generates large numbers of various types of particles.”

ALICE experiment chamber, at CERN, where Sampa will replace two other chips, one analog and the other digitalAntonio Saba / CERN

When passing through the gas, the particles generated in the collision tear off electrons that then flow to the ends of the TPC, where two types of chips are installed. An analog chip receives and amplifies the charge and generates an electric pulse that is sent to a digital chip. Transformed into bits (digital signals), these pulses are stored for further analysis by researchers. With these data, they can determine which particles were generated in the collision in addition to verifying if the plasma of quarks and gluons was formed. “Sampa will replace these two chips, doing the work of both,” explains Wilhelmus Adrianus Maria van Noije, from the Integrated Systems Laboratory (LSI) of the USP Polytechnic School (Poli), coordinator of the chip development project.

The need to develop Sampa arose in 2012, with CERN’s decision to update the LHC to increase the rate of collisions by a factor of 10 beginning in 2020. One of the current limitations is that today’s chips cannot process such a high rate of collisions. According to Van Noije, Sampa will solve this problem. “It will have 32 channels to read the data, twice that of the devices used today,” he says. Munhoz says that when the LHC upgrade program was being developed, discussions began about which groups involved in ALICE could contribute to the modernization effort. “They were lengthy discussions to identify what needed to be built and the knowledge and experience of each group,” says Munhoz, who already knew of Poli’s Integrated Systems Laboratory.

“After the presentation and the first internal discussions in Brazil, we invited some European researchers from Alice to visit us and meet the LSI group. They came and agreed to allocate the responsibility for creating the device to the Brazilian groups.” Sampa’s design was developed by Brazilian researchers, and the physical production of the two prototypes was conducted by the Taiwan Semiconductor Manufacturing Company (TSMC). “Unfortunately, there is no company in Brazil capable of manufacturing an integrated circuit like Sampa,” explains Munhoz. The Taiwanese company will produce 80,000 Sampas and deliver them to the LHC by 2020. Alice needs 50,000, but 30% of the total could be damaged during the assembly stage of the printed circuit boards. “Our part was to carry out the intellectual work of designing the chip, its components, and the circuits, satisfying CERN’s specifications,”
says Munhoz.